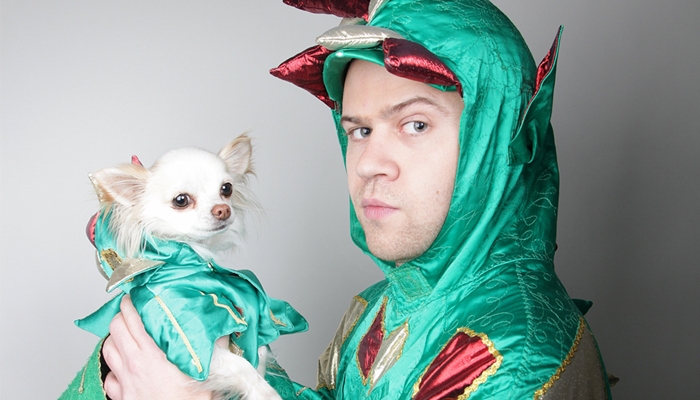 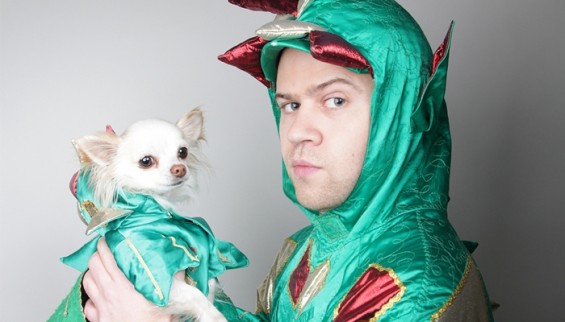 One man and his dog: Piff The Magic Dragon comes fourth in EdTwinge’s latest poll.

We’re roughly at the halfway mark of this year’s Edinburgh Festival Fringe and online review aggregator EdTwinge has compiled its list of top ten shows.

How big a pinch of salt should we take with this list? And are these really the best shows at the Fringe or just those that have bigger and better PR backing? We couldn’t possibly say but keep that salt cellar handy because many high profile critics are hardly covering themselves in glory when it comes to providing better objective answers.

The broadsheets have shown their usual ignorance and disdain of cabaret. The Independent and The Guardian have eyes only for comedy, theatre and more comedy. The Daily Telegraph are little better having sent their deputy theatre editor Dominic Cavendish to evaluate a world-class circus show from Australia, not once but twice. Disappointingly for a critic – though not wholly unsurprisingly considering his background – he was almost lost for words.

The local press critics are little better. The Scotsman – a newspaper that used to make or break artists’ careers in the past – published a pisspoor review of La Clique that paid more attention to the venue than naming the performers or evaluating their acts. More detail and less gawping would maybe have been appreciated by readers and artists alike.

It’s not all gloom, though. The online press are doing a far better job than some print hacks give them credit for. Time Out’s Cabaret Editor Ben Walters is doing a superlative job tweeting and publishing his thoughts on what he is seeing around the Burg. The reviews by Three Weeks may be short and pithy – sometimes barely justifying the arbitrary stars given out – but what their volunteer reviewers may lack in insight, experience and knowledge they make up for in energy with their sheer breadth of coverage being second to none. Fringe Review deserves much respect for their witty and intelligent long-form write-ups and for eschewing the dreaded star ratings.  Broadway Baby, though, could do with a (new) sub-editor: does Best of Burlesque contain “no nudity” or “a lot of all-night nudity”? Is Lili La Scala’s show “offering a lot of variety and high quality variety at that” or is it “just ‘another f*cking variety show’” (sic)?

Members of the public can submit their own reviews via the official Edinburgh Fringe website and more should do so. Stars should be seen on stage and in the flesh, not just on flyers and in reviews. And you can quote us on that.