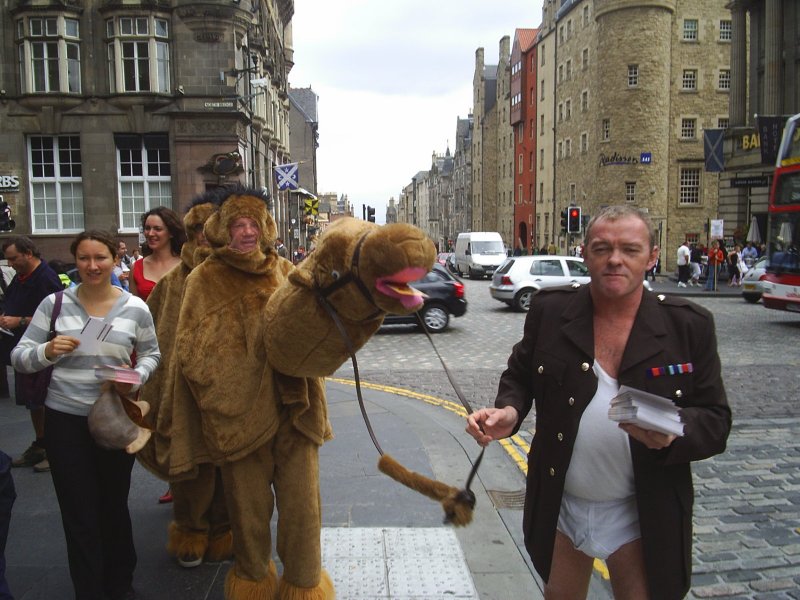 That flyer in your hand? It can be more than just vital information about a hot show. 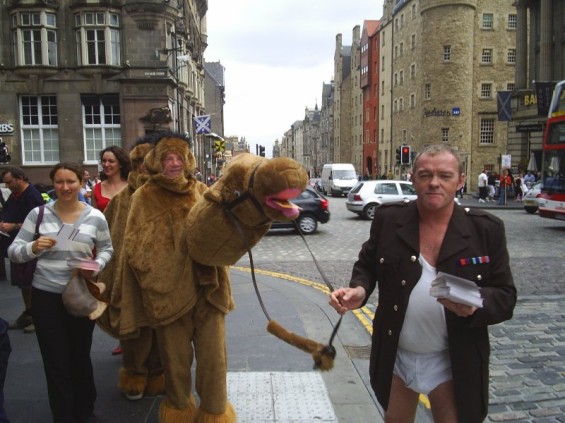 Don’t get the hump: we have ten uses for those pesky flyers.

Here at This Is Cabaret, we are very ecologically-minded. True, we don’t recycle our material as much as we should – we’ll rather leave that to the masters of that art, the stand-up comedians – but we do worry about the effect of the Edinburgh Fringe Festival on the planet and, in particular the proliferation of flyers. The Boy With Tape On His Face suggested last week that “flyering doesn’t work” but yet the practice persists.

In some cases, competing spruikers are only setting themselves up for mutually assured distraction as hassled Fringe-goers slalom their way down the Royal Mile. In others, the flyers literally add to the litter of annoyances for those trying to find their way to that five-star show or the nearest conveniences.

Pointless flyering can be traced back at least 95 years. This week in 1918 saw Italian writer and poet Gabrielle D’Annunzio make his own contribution to the cause. His self-serving attempts at the age of 55 to enlist in his nation’s armed forces during the Great War saw him being thrown out of first the Army and then the Navy before he chanced upon the then-nascent Air Force. Being a consummate artist, D’Annunzio risked his own life and limb (and those of 11 comrades) to embark on a 1,200 km roundtrip over Vienna. Their mission? Sneak over enemy lines in planes conspicuously painted in the colours of the Italian flag and drop off 50,000 leaflets with his following emotive message:

“On this August morning, while the fourth year of your desperate convulsion comes to an end and luminously begins the year of our full power, suddenly there appears the three-color wing as an indication of the destiny that is turning.
Destiny turns. It turns towards us with an iron certainty. The hour of that Germany that thrashes you, and humiliates you, and infects you is now forever passed.
Your hour is passed. As our faith was the strongest, behold how our will prevails and will prevail until the end. The victorious combatants of Piave, the victorious combatants of Marna feel it, they know it, with an ecstasy that multiplies the impetus. But if the impetus were not enough, the number would be; and this is said for those that try fighting ten against one.”

This missive to the Austrian public was not translated. Though it is doubtful whether D’Annunzio’s flowery oratory had any major impact (other than to those standing immediately underneath the sudden flurry), the war was over three months later thankfully saving the poet and his comrades the perils of a return trip.

These days, many cabaret performers are not above taking to the streets to dish out flyers for their own shows. We asked Fringe favourite singer Damsel Sophie what she would recommend people do with leftover flyers.

Can you think of any others?

Damsel Sophie can be seen in her brilliant award-winning one-woman show Damsel In Shining Armour at the Udderbelly until 25 August.