Sneak Peak: We Get The Lowdown On The Brand New Briefs Show Close Encounters 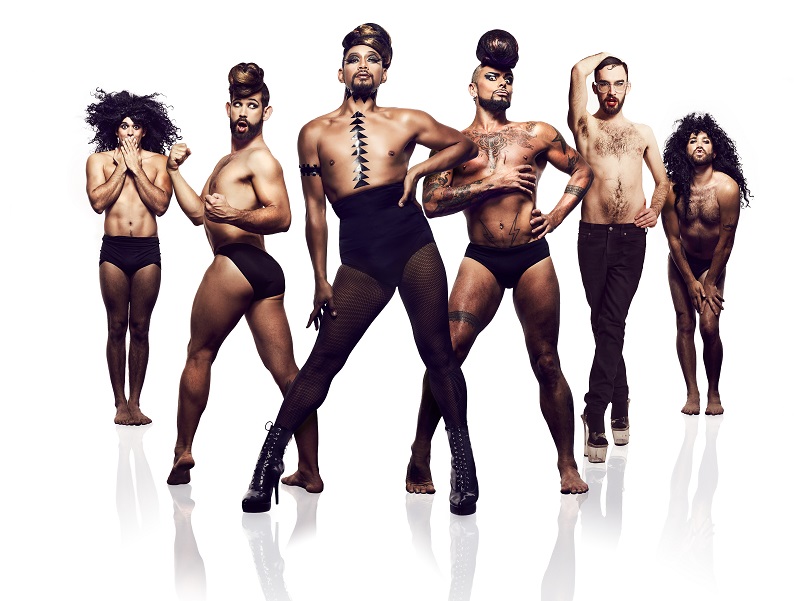 The all-male Australian comedy-slash-circus-slash-drag-slash-boylesque cabaret phenomenon known as Briefs returns to London next month. Once again, they will be taking over the Paradiso Spiegeltent on the Southbank as part of this year’s London Underbelly Festival and bringing their usual brand of craziness with them. This time, though, they will proudly be showing off their latest production Close Encounters as well as a fair number of new faces.

Before he lands with his crew in Blighty, we spoke to Brief’s top man Fez Fanaana about what we can expect.

Hello! We last spoke to you in 2014. What’s been going on with you professionally since then?

Woah, 2014? That sounds so long ago. Since our 2014 season in London, we have had our heads down and our high heels locked in pushing Briefs: The Second Coming to as many places as possible. We have had the pleasure of presenting the show in Hong Kong, Paris, Glastonbury, Seychelles, Cologne, Berlin, Auckland, Edinburgh and extensive touring throughout Australia.

Essentially, we have been chasing the summer around the world. Aside from pushing that Briefs show, we have produced and presented two new major productions including the award-winning all-femme fatale Hot Brown Honey and our new late night variety production Sweatshop which will both return to Edinburgh this year.

Oh, and then there is our new work that we are frothing at the mouth about Briefs: Close Encounters.

Easy, tiger. What exactly is this new show all about?

I was nervous about making a new work after the serendipitous success of The Second Coming that spanned four years of touring and a string of awards.

I think we have carved out a style of work that people know us for and that people love to escape into. Close Encounters stays true to our style of circus, drag, burlesque and comedy with a chance to up the ante.

You’ve changed around the Briefs crew since you were last in London. Who are the new faces?

A cast change is always hard, always a gamble, always on the cards and never easy. It was hard to say goodbye to some of the cast from The Second Coming as it was such a life changing experience to tour that work.

It is always hard to find new cast that will fit into our dysfunctional creative family. One criteria for the new cast to have multiple surnames. We have three stunning new cast members including acrobatic scene-stealer Dale Woodbridge-Brown (formerly of Circus Oz), dancer extraordinaire Thomas Gundry Greenfield and UK’s very own creative provocateur Harry Clayton Wright.

We loved hell out of Driftwood, the latest Casus show partially created by your brother. Is there a friendly rivalry between you two now that you are both established artistes?

I’m so glad Driftwood went down a treat in London. Natano and Casus have been working non-stop to get the company and their shows off the ground. Our companies are in a very similar positions yet we make and operate in very different way.

We have to be super organised to see each other as we are both on the road with heavy touring schedules. We do always make time to talk shop, catch up, tease each other about each other’s company’s pitfalls and more importantly to support each other. There is no rivalry – it is understood that my work is better. Ha!

[pullquote width=”800″ float=”left”]It is not all roses and diamonds;
we have to work hard at not killing each other.[/pullquote]

Working and travelling with your partner Mark “Captain Kidd” Winmill must be all kinds of fun. How do you manage the work/play ratio when on the road?

There is no way that we could do what we are doing without each other on the road. We work and play hard and we experience some amazing things along the way together. It is not all roses and diamonds; we have to work hard at not killing each other and it is tough working and touring in our respective roles. I’m the boss so imagine it is easier for me!