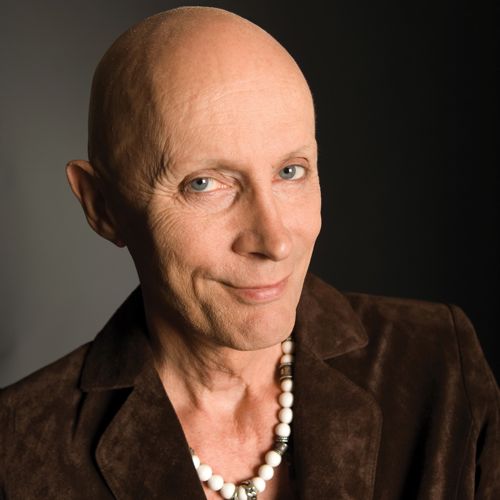 The much-anticipated comeback of The Stripper, a musical play created by Richard O’Brien and Richard Hartley opens this week at St James Theatre, London.

Set in California, 1961, this tale of ecdysiastic intrigue is an exquisite take on film noir and will appeal to all fans of the genre. The cast features The Bodyguard‘s Gloria Onitiri as Deadpan Dolores and Sebastien Torkia as Al Wheeler with Vivien of Holloway providing the retro costuming and sponsorship.

Eternally famous for his work behind and in front of the camera for The Rocky Horror Picture Show, O’Brien now lives in New Zealand. We caught up with him to ask why people should see The Stripper.

Hello! You’ve described The Stripper before as “the coolest evening you’ve ever had in your entire life.” What do you think it says to a modern audience? Do you see it as a period piece or something which still has a strong connection to the contemporary?

It is most definitely a ‘very specific’ period piece. It is set in that moment where the American Dream had come true and was about to take a nose dive with the death of JFK. A time when men’s clothing and attitudes became a touch more narcissistic and sex became to be regarded as even more of a man’s prerogative.

This is the time of The Rat Pack. James Bond. Madison Avenue. Old Spice and Blue Note Jazz.

And I noticed that you’ve appeared in a past version of this play. Is there any chance at all that you’ll be popping up in this latest outing?

Sadly, I shall not be there as I have work commitments out here in New Zealand.

Damn. Now that you’re half a world away from Blighty, what are are your most enduring memories of London nightlife?

I lived in London for almost fifty years and, through that time I was in various financial states which, of course governed my ability to enjoy the night life. Each of these stages was interesting.

What I used to love was people ringing the doorbell of my house in the early hours of the morning and waking me up. We always find a bottle of something and spend a few hours chatting and laughing. I wouldn’t welcome it now however.

Your works have an enduring appeal if the London theatre landscape is anything to go by. There’s a new film version of Rocky Horror on its way, The Crystal Maze is now an interactive experience, We gave Shock Treatment a favourable review when it appeared last year and now we have The Stripper at the St James’ Theatre. What’s the secret to creating art that talks to people across decades and, in the case of Rocky Horror, entire generations?

The Rocky Horror Show defies categorisation. It is a work of juvenilia that really shouldn’t have enjoyed the longevity that it has but continues to delight audiences both old and new.

My writing is driven by the sole purpose of entertainment and, as I am not an intellectual, it would be foolish and pretentious of me to attempt to introduce heavyweight themes into my offerings.

What’s your considered opinion of West End musicals Kinky Boots and Mrs Henderson Presents which use drag and nudity respectively as USPs? Do you feel Rocky Horror did it bigger and better back in the day?

Both these shows approach these themes with a knowingness that borders upon smugness. It is a dangerous road to take as being too pleased with yourself will undermine the comedy invested in the works.

“The producer and director seem to have missed the point entirely.”

There have been mixed reactions to the new film version of Rocky Horror. What’s your message to fans of the original who are not sure whether to see this version?

I think that it is a project that is misconceived and (sadly for the players) badly cast. The producer and director seem to have missed the point entirely. I will say no more as I may be tempted to say too much.

One more question: there have been a number of high profile deaths over the last year. Did you feel any of them particularly keenly?

We all have to shuffle off the stage at some time. The deaths that affect me the most are those of dearly loved ones and those who are regarded as collateral damage by those should know better.