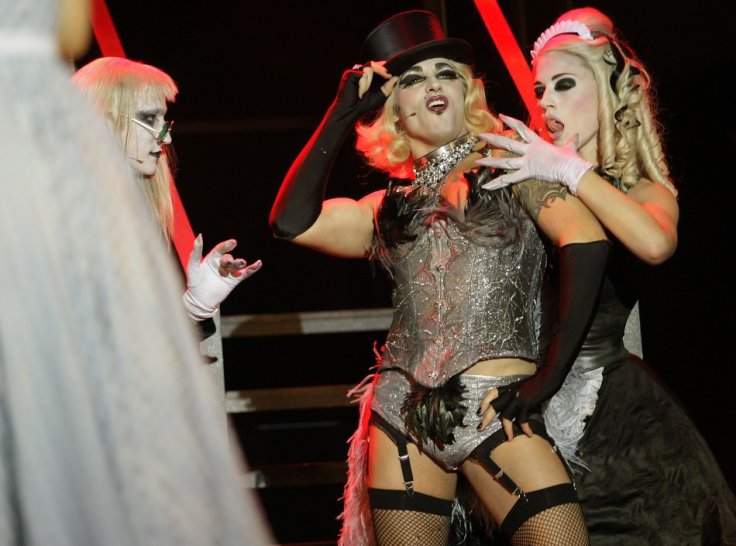 This sequel to the daddy of all rock musicals is a chip off the old block.

It’s ﬁtting that Shock Treatment, the equal (yes, equal) to the cult behemoth Rocky Horror Picture Show, is getting its stage premiere at the King’s head Theatre. The stage version of Richard O’Brien’s rather more famous work debuted at the Royal Court Upstairs in 1973, see. Oh, how mighty oaks from little acorns grow. OK, acorns and a bunch of borrowed sound equipment, so the story goes.

Don’t come and see it for star billing Mark Little. It’s impossible to go about this review without starting there. He’s badly cast, under-rehearsed, bellows rather than sings, overgesticulates, shows no sign of knowing the ﬁnal song Anyhow, Anyhow and can’t rock a little black dress. This will especially pain those of us who grew up with seeing him in Neighbours. But Joe Mangel was never sexy and, God love him, he hasn’t changed.

So, back to the show. Three resplendent audience nurses, immaculate glittery red Magenta eyebrows arching in unison, sing along to every word. Brad and Janet, who were thick as thieves at the end of Rocky, are still married but several years have passed and it’s not going well: Janet has got a promotion while Brad lost his job. This leaves Brad who, let’s face it, was never very butch in the first place, totally emasculated. Janet tells her friend Betty this, and now they’re appearing on Betty’s reality TV show to try and sort it out. Whilst Betty and her overtly camp husband Ralph go through an off-air divorce, incestuous siblings Nation and Cosmo McKinley decide the best course of treatment for Brad’s ﬂagging libido is shock therapy.

Ben Kerr’s Brad Majors is a joy. He dances and sings with poignance, somehow bringing credibility to the line “How’s a guy to stay sane with just four walls and a vacuum cleaner for company?” Watch out for him elsewhere. Meanwhile, the Kinley siblings are in keeping with all that is good about Rocky. As Cosmo, Adam Rhys-Davies (whom you might have seen on Live at the Electric hosted by Russell Kane) delivers the incredibly loaded and sinister line “You’re no good” whilst Nic Lamont’s Nation proves she’s anything but.

Mateo Oxley’s Ralph never goes too far yet still manages to brieﬂy snog Mark Little, which is refreshing. It would be easy to revel, to turn the dial up too high, but the Oxley’s turn on Thank God I’m A Man is a highlight of the evening. Julie Atherton as Janet is given free reign to explore how unvirginal her original incarnation can go here. We should gloss over her motives, as they’re wholly unclear, but she has an amazing set of both legs and vocal folds which she has considerable command over.

Richard O’Brien has done himself justice lyrically. Little Black Dress differs but inﬁnitesimally from Time Warp (and much of that is down to Lucie Pankhurst’s clipped, cheeky choreography (although, if pushed, I could have done without Janet’s repetitive cruciﬁx pose) and Carte Blanche is pretty much Hot Patootie (Bless My Soul) but these are of course very good things. If the solemnity of Rocky feels like it’s been lost somewhat, one can only remark that times have changed. Transvestite isn’t as risqué like it used to be. I predict it won’t be long before a new-fangled question-and-answer audience script is written by adoring fans, and punters show up with white-rimmed minion-esque Nation and Cosmo glasses, wired shock therapy helmets and Denton USA T-shirts.

So there we have it. Don’t expect major plot twists. Do expect to love it anyway.