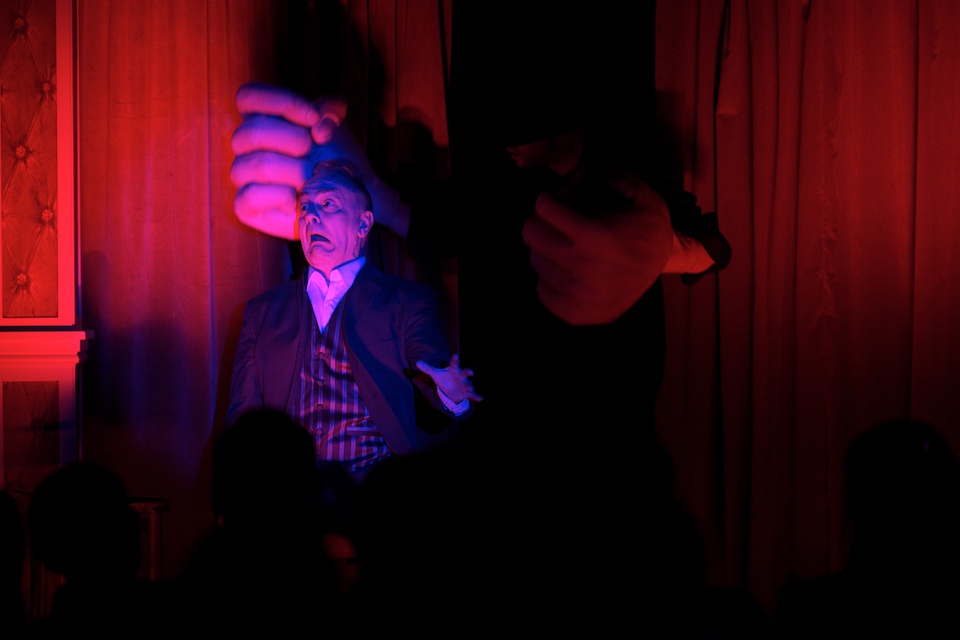 The year ended with an exceptional show for When Worlds Collide. Returning to a newly refurbished Pavilion at the Vibe Bar on Brick Lane, the monthly revue departed from its usual format of themed nights to present a “greatest hits” selection of previous acts. If you liked the maelstrom of pirates, cannibals, demons and other comic shenanigans from its first two seasons, this was your chance to catch them a second time.

As the show’s resident sextet of chorus girls, The London Chinatown Dolls fill the redesigned Pavilion with a titillating edge through their collective dance numbers. A marginally inexplicable selection of vintage-style films contribute atmosphere and establish a vaudevillian, vintage feel, despite the distortion plaguing the audio throughout the night.

Many segments feature the girls dressed as 50s pinups, chorus girls, or in one memorable case lobsters. Their sex appeal is evident, with a comic undertone enhanced by the inclusion of compèring duo Norman Gosney and Benjamin Louche (of award-winning night The Double R Club). Whether individually, bouncing off each other or interacting with the Dolls, the boys remain their enjoyably anarchic selves throughout a cornucopia of theatrical antics. Mr. Louche’s divinely depraved decadence contrasts neatly with Mr. Gosney’s traditional showmanship. In one remarkable sketch, the duo plays lascivious airport security guards who trick an unsuspecting belle (played by sharp burlesque performer Miss Miranda) to strip down to her underwear while a terrorist and other threatening figures creep through the metal detector gate with abandon.

When Worlds Collide co-producer and head Doll Miss Amelia gets to shine on a few solo numbers as well. Her spoken-word three-minute rendition of the Nativity stars the Virgin Mary as a California valley girl, getting into the Christmas spirit with immortal lines like “Don’t you talk like that about my baby, daddy” and “oh, Joseph, you’re so sweet to me, let’s make out.” Her other inspired routine, where she plays the Bride of Frankenstein being undressed by a sinister puppet, is as creepy as it is compelling. 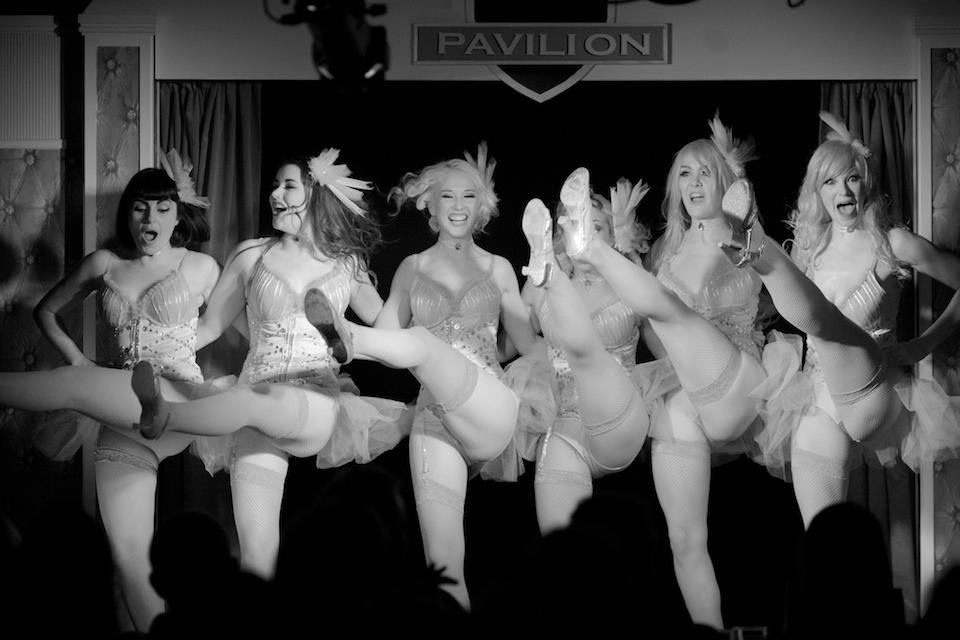 It isn’t all showgirls, stockings and sea creatures, though. Magician Adam Hoffman produces some beautifully timed sleight of hand with a squashed banana. Another magician, Johnny Electrolux indulges multiple fetishes with a snowman-themed skit: after a passionate and engulfing encounter with a giant balloon, he launches into a genital disappearing act that confirms the revue’s post-watershed status.

Bawdy and irreverent, When Worlds Collide combines the sexy and the silly to delightful effect.  Its ten-strong cast creates new acts for every date, making it a variety show oozing sophistication and originality, like few others in London. If they keep that pace during their second year, volume two of this greatest-hits compilation will be something to look forward to twelve months from now.