Review: Storm In A D Cup 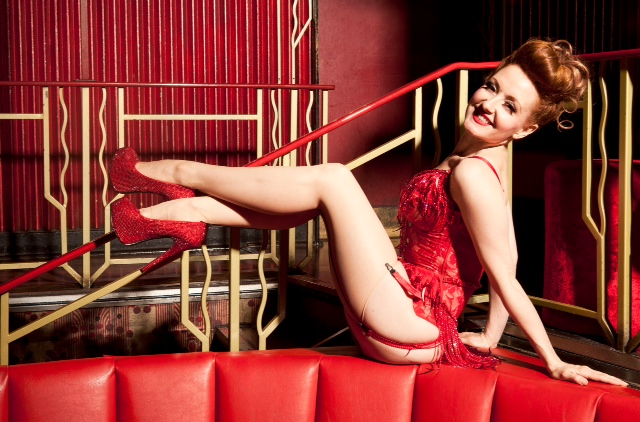 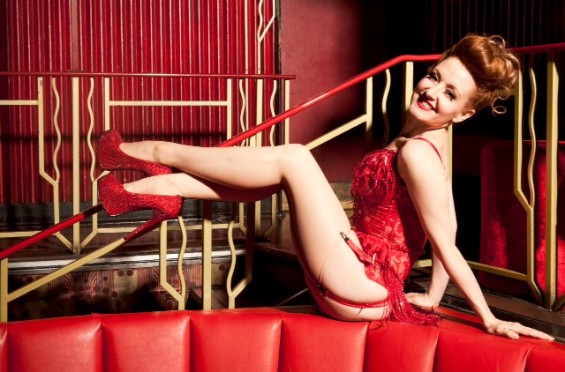 An extremely funny and touching autobiography, Amber Topaz’s one-woman show Storm In A D Cup sees the diminutive redhead blending with aplomb a number of genres including burlesque, musical theatre and stand up comedy.

Not that this is any kind of surprise. Earlier this year, Topaz starred in Miss Nightingale an ensemble musical wartime drama which demonstrated her plethora of talents not just for the length of a strip routine or a skit but across a whole evening. Can this Northern lass, though, carry a show all on her own?

Possessed of a keen showbiz mind, she has been around the block enough times to know that it takes more than tits and glitz for a successful stage career. She spoke to us earlier this year and her ambition shone through: a lack of suitable opportunities in musical theatre and disdain from the comedy world saw her take a step back and “create my own roles” – part of a admirable mission that no doubt Storm In A D Cup is part of.

From the off, Topaz is a charismatic character who draws the audience into her world. This show may be about her life and struggles but there is never any sense that is an ego trip. Comedy and song redolent with her native Yorkshire wit leaven the stories she lays out of her early days as she worked her way through theatre schools and numerous auditions, battled for the job she so wanted and finally found herself travelling the world.

As a storyteller, Topaz possesses a natural forensic talent for introspection, observing human nature in all the absurd situations that life brings up on a daily basis often with a large pinch of irony. There are few props on stage, perhaps a nod to her peripatetic lifestyle, but that doesn’t rob  the show of breadth. Far from it: when she puts the yapping aside, Topaz’s burlesque performances are as exquisite as ever with her witty costumes a memorable point in themselves.

Musical theatre’s loss is cabaret’s gain. Storm In A D Cup is ultimately a reflection of its subject,  a bubbly, smart and hilarious production which wears its heart on its sleeve as proudly as the pasties on Topaz’s chest. It entertains as much as it enlightens throwing up home truths and hearty laughs in equal measure. Sure, you could wait until whenever her autobiography comes out in print but where’s the fun in that?

Storm In A D Cup returns to Madame Jojo’s on 19 January.