Amber Topaz: Cabaret Is “The Core And The Pips” 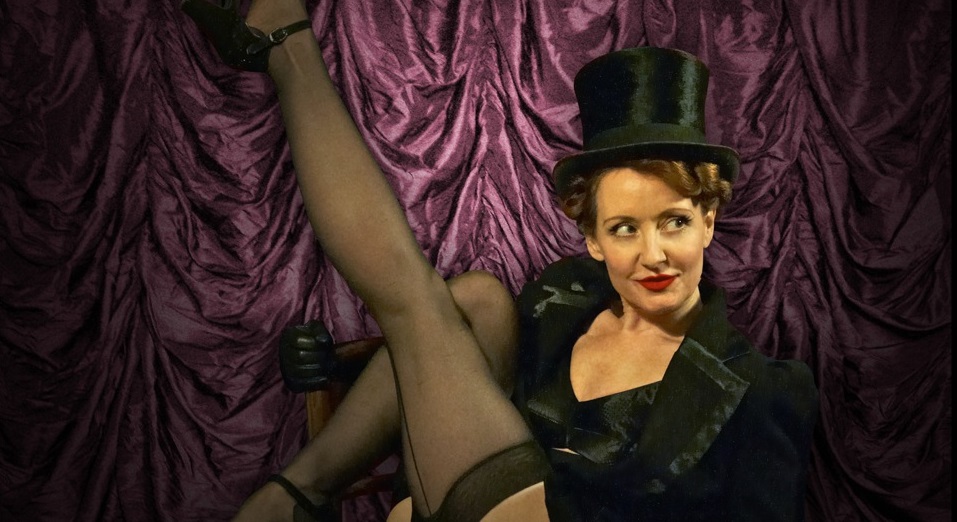 Amber Topaz returns the stage this summer starring in an updated version of Miss Nightingale, a “burlesque musical” set in the 1940s. 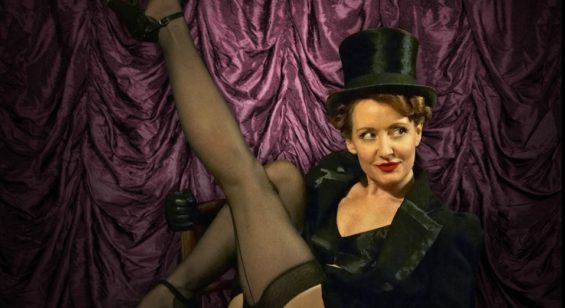 Redheaded pocket rocket Amber Topaz has more strings to her bow than William Tell. As well as being well known on the London circuit as a burlesque star, she is also an accomplished singer, dancer and compère. Oh, and you can add actress to that list too: her starring role in Miss Nightingale, a “burlesque musical” set in wartime London has deservedly won plaudits all over the country. We spoke to her about the show and more contemporary concerns.

How did the role of Miss Nightingale come about?

I was headlining a variety show Rotherham Follies in a Spiegeltent in All Saints Square, Rotherham back in 2009 and Miss Nightingale‘s writer Matthew Bugg was in the audience. He recognised me from childhood as we had attended the same dance school for many years. He said he’d written a musical and asked if I would be interested in reading it. I fell in love with it instantly.

What attracted you most to playing the part of Maggie Brown/Miss Nightingale?

She’s salt of the earth working class, ambitious and funny. She really grows through the piece in to a strong empowered woman. And the show is full of cracking songs from hilarious to heart-wrenching.

I was never worked as a stripper and don’t own any pompons!

It’s funny because, in my experience, musical theatre professionals have always looked down on cabaret and burlesque. I’ve worked continually because I chose to leave musical theatre: there simply weren’t enough roles. So I created my own and I didn’t have to fit the mould.

I am a comedienne too but, because I don’t do the comedy clubs and am not on TV, I’m downgraded in some people’s eyes to a cabaret artist. It’s a shame the London Festival of Cabaret have ignored the already thriving cabaret scene but if it upgrades people’s opinion of cabaret and gives us a leg up into the mainstream (if we want it) then we have already earned our stripes on the way up and honed our skills at the coalface. We are the core and the pips.

Incidentally Alexander Armstrong’s comedy partner Ben Miller was in the audience at an event where I was performing a few years ago at Volupte. He laughed his head off at my act and told me I was “ruddy hilarious”! No pompons in sight!

Part of Maggie’s character is all about being a Northern burlesque singer, not a million miles from Amber Topaz. Does it at all feel as though you’re playing the part of yourself on stage?!

I think the parallels just bring greater truth to the role.

You have performed in front of huge audiences for your other shows. Have you noticed a difference with Miss Nightingale audience?

Miss Nightingale is a musical play so the audience have to listen and focus to follow the plot.  A burlesque audience often expect to participate but they can need some taming or whipping up depending on the act or event. I prefer an intimate audience it intensifies the experience of live theatre.

Have there been any particularly memorable performances of the musical so far?

Surprisingly, we have had some pretty wild audiences. My favourite so far have been at The Leicester Square Theatre. I could hear my friends losing it in hysterics; it was hard to hold it together as laughter is so infectious especially when it’s people you know.

On one evening, Mysti Vine was there roaring with laughter beginning to end; the next night on the Friday Jo King gave us a standing ovation while telling the rest of the audience to stand up! And the Saturday night was a riot. The ovation was so overwhelming it took my breath away. These moments will stay etched in my memory for ever. I feel so humbled and grateful the show has made so many people belly laugh, moved to tears and jump to their feet with such excitement.

What has it been like working with the rest of the cast?

They are a hoot. Rarely is there a serious moment off stage out of character. Literally everything leads to innuendo and puns.  As actor-musicians, they are all amazing at their jobs.

Critics have claimed that show features many songs but very little burlesque and yet this is named a burlesque musical. As a burlesque performer yourself would you prefer to see more burlesque in the show?

The show is full of burlesque! Well burlesque as I understand it to be: parody, comedy, satire, saucy songs full of innuendo and a striptease. These have been at the heart of my own acts for nine years!

There are three weeks left of Miss Nightingale performances, can we expect the show to return for another tour?

I was in the original piece when it began in 2011. This is the re-worked version that became a national tour including a week in the West End. So who knows: maybe a residency in the West End? An extended tour or Broadway? The possibilities are endless.

Lastly, what is your view on the Hebden Bridge affair?

Find out more about Amber Topaz on her official website. Miss Nightingale continues around the UK until 27 July. Read our review then find out  where you can see it here.