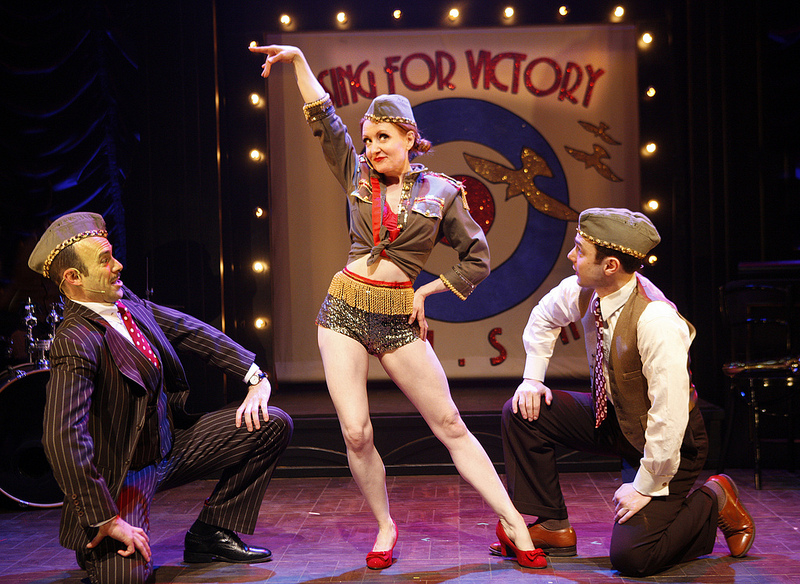 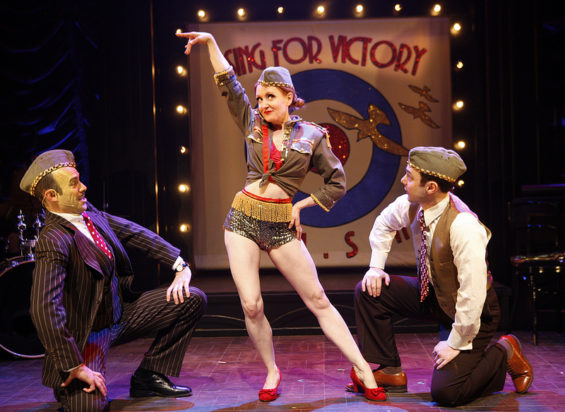 If you love burlesque, enjoy seeing those stockings being rolled off, have a penchant for feathers and glitter, love a bit of glitz and glam with some boobs and brains thrown in, then Miss Nightingale, subtitled the “Burlesque Musical”, isn’t your thing.

Commercial burlesque has got to be careful. It’ll be too easy for it to slide gracefully into full-blown nostalgia, where only victory rolls and seamed stockings will be allowed onstage. Whilst it’s true that burlesque is, quite rightly, linked to post-war Americana and the freedom that brought, it’s also important to remember that it’s a living, breathing artform and needs to be pushed forward as well as romanticised. An important point though: setting a show in wartime Britain doesn’t automatically maketh a burlesque show.

Miss Nightingale is the My Fair Lady-style story of Maggie Brown, a northern nurse who is determined to do her bit for the men fighting the war. She performs catchy songs written by her songwriting Jewish Polish friend, George Nowodny, who also happens to be a dab-hand with the clarinet. Maggie is soon discovered, Moulin Rouge style, by a man who just wants to, as Harold Zidler puts it, INVEST! The only problem is that Sir Frank Worthington-Blythe, the investor, also happens to take rather a fancy to George, who hasn’t told Maggie that he had a four year relationship with her other brother, Bill, when he lived in Berlin. Keeping up at the back?

The story deals with so many themes it’s sometimes hard to decide whose side we’re meant to be on and, more importantly, who is boffing whom right now. Anti-semitism, the invasion of Poland, concentration camps, homophobia (and the idea that gay people were “the enemy within“), abortion, blackmail, adultery…Miss Nightingale had it all, and more. The script has very funny and touching moments, but could have dealt with being a great deal simpler. It’s also rather neatly concluded with a deus ex machina that Walt Disney would admire.

Ilan Goodman, as Nowodny, arguably steals the limelight with his funny one-liners (“Have you always known that you were…” “Jewish? It’s hard to ignore the evidence.” “No, homosexual.”) and intense sadness when hearing about the destruction of his homeland and family. Again, though, this character has a huge amount to deal with. Gay, Polish, Jewish and he used to live in Berlin until Maggie helped him to escape, he starts a love affair with a man who has to keep up appearances and struggles to reconcile himself with his sexuality. He plays the clarinet throughout the show and at times all the cast get to sing or play an instrument; often both.

Maggie is played by burlesque star Amber Topaz, who is enthusiastic and talented but she also has so much to deal with it’s hard for her to really get into each situation. It’s a shame that it’s about two hours into the show before there is any striptease. And it’s the angriest striptease I’ve ever seen. The thing is, Maggie is a music-hall singer. If this is a burlesque show, then why were her acts as Miss Nightingale all songs? Why did she not tease, titillate, take off a glove and wink until right at the end? Even then, the striptease is there to shock and this just isn’t enough to sustain it as a burlesque show.

Miss Nightingale is fun, smart and an enjoyable piece of theatre. The “play-within-a-play” is a trick that’s been used many times, to great effect (Moulin Rouge, Noises Off, heck, even The Canterbury Tales) and it is a great device to allow the audience to follow, and often see how “on-stage” mirrors, the action off-stage.

However, a burlesque musical it is not.