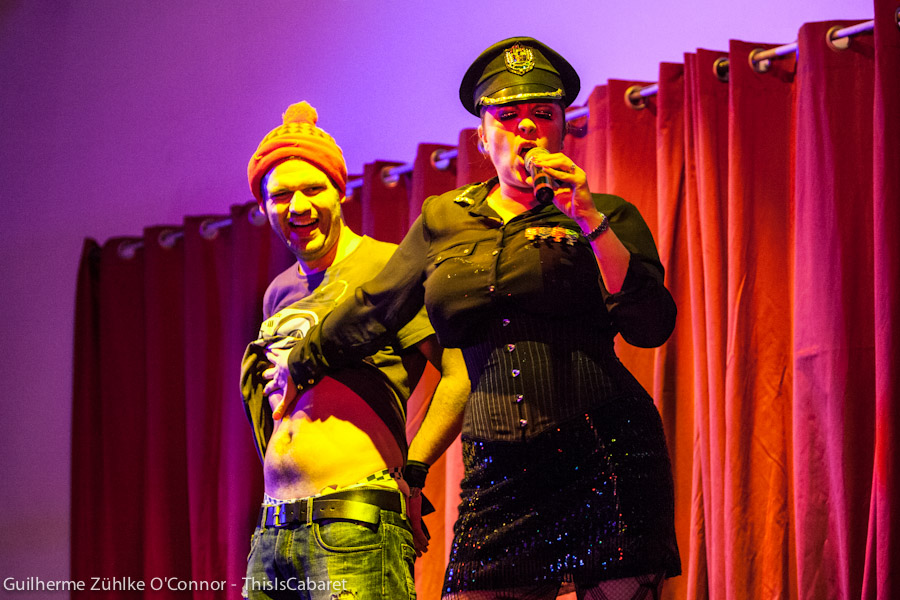 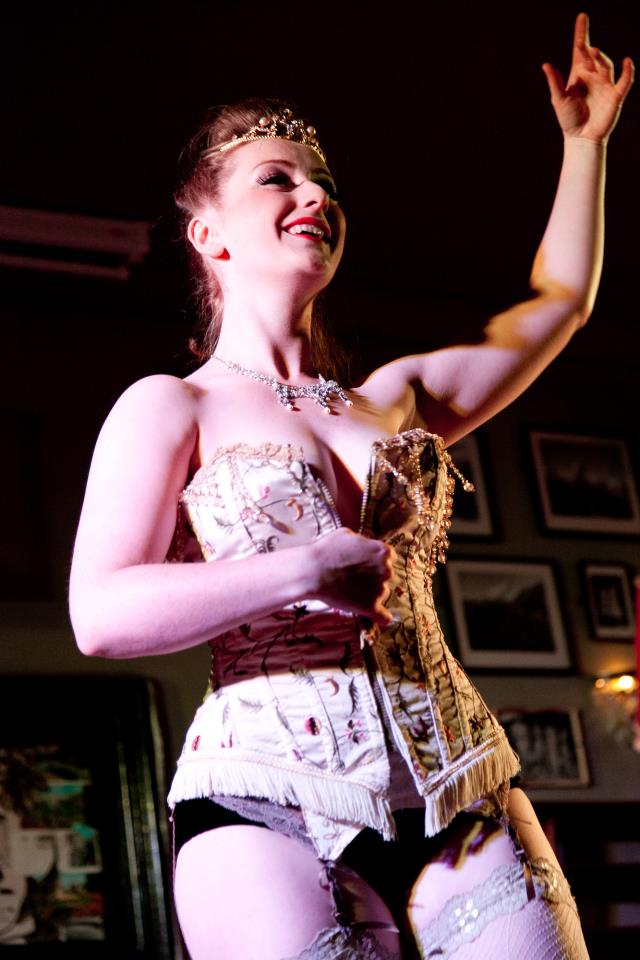 The fourth edition of The Big Mix festival took place in Shoreditch on September 30th. Raising funds for Macmillan Cancer Support, it featured a ten-hour bill of DJs, films and live music, spread over venues like Rich Mix and Concrete. Its cabaret showcase, curated and hosted by Lady Beau Peep, combined the talents of variety veterans and newcomers in a rousing mix both big and intimate.

Brimming with tongue-in-cheek sweetness and droll irony, Vivacity Bliss eulogised seal hunting, Justin Bieber and other Canadian-made environmental threats in Northern Exposure, the “tribute” act to her homeland that won last July’s round of Burlesque Idol. Back in the Old World, Ginger Blush changed from housewife to queen with the inspired tour de force in clever comedy of Crown Jewels, her theatrical Elizabeth I parody. More bump-and-grinding followed with Blush’s fellow London Burlesque Week winner Shirley Windmill, proving that Hell hath no fury like an Italian woman scorned in her excellent ice cream vendor act.

The aggressive humour of stand-up comedian Elena Procopiu proved an easy hit with the crowd. Her consummate sexual sat nav skit and other ethnically charged bawdy jokes ring with the authentic uncompromising hilarity that social reformers get closer to banning with each new asterisk in the press. Aerialist Birdacious Scout, in turn, dons flippers for the intriguing premise of swimming on air. Her unconvincing paddling moves, though, do nothing but slow down a range of run-of-the-mill manoeuvres on the silks.

Fans and first-timers alike appreciate a sure hand in audience participation. At the Brickhouse, they found themselves in the grip of two singing vixens. Lady Beau Peep herself enhanced standards like Keep Young and Beautiful and Tainted Love with volunteers to march, salute and get tied up onstage. Later, it was Vicious Delicious’s turn to manhandle innocent victims, boasting show-stealing charisma and unshakable showmanship even in the face of backing track and microphone malfunctions. That woman is unstoppable, and so is her stentorian voice.

Judging by attendance and reaction, the revue punched above its weight in a festival where the same wristband gave you entry to performances by hit singers Josh Kumra and Marques Toliver, or TV comedians like Tom Deacon and Roisin Conaty, at other venues. The Big Mix cabaret showcase was yet another of Lady Beau Peep’s already traditional variety shows at the Brickhouse. After acclaimed seasons of The League of the Extraordinary and Cool Britannia, it’s definitely a partnership to watch.

Photo credits: Gui O’Connor (Lady Beau Peep), exclusively for This Is Cabaret; others courtesy of the performers