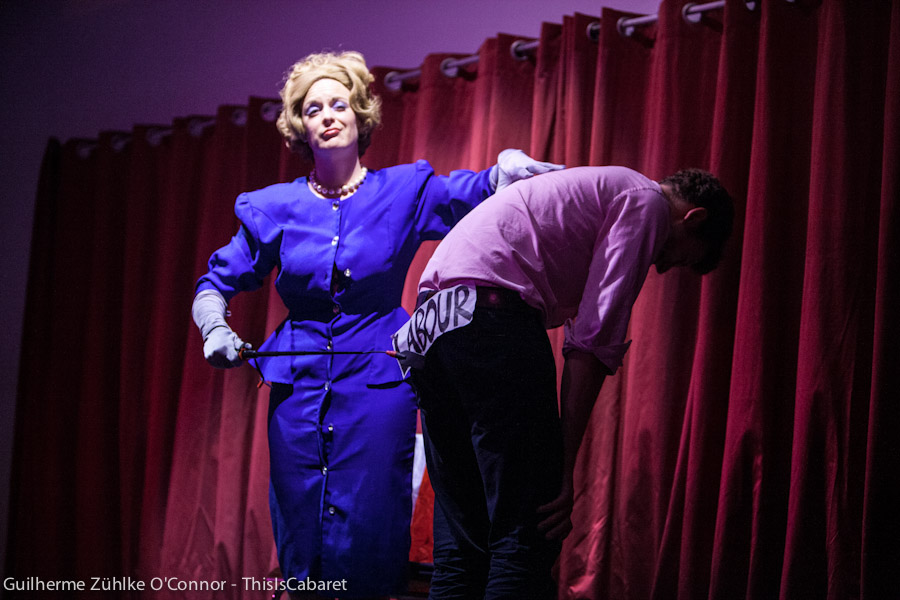 If the big sport event just hosted in London didn’t convince you that 2012 is a year to be celebrated and remembered by the nation, Cool Britannia may just do the trick. Hosted by Lady Beau Peep at The Brickhouse, it celebrates Britain by showcasing the unpaired skills of some of their top-talented citizens in mocking it. Corsets and nipple tassels meet umbrellas to usher in a burlesque aerialist Mary Poppins, incarnated by artist Imogen Hoops in an act of magical flexibility and balance that eluded the famous nanny: she was never able to close the umbrella mid-air.

Compère Peep references military discipline by drafting audience members as privates, to the enjoyment of a seemingly patriotic crowd. Burlesquer Honey Wilde incarnates a sexy Iron Lady to show the nation the proper way to address political opposition: with a riding crop. The stand-up comedy skit by Elena Procopiu, in turn, seems out of context in a cabaret evening, despite the sight of a nipple tassel at the end of it. However, the skill and wit of the performer do keep the audience well entertained throughout this joyful light parody.