Queen Of Manchester: Is Anna Phylactic Who Ru Is Looking For? 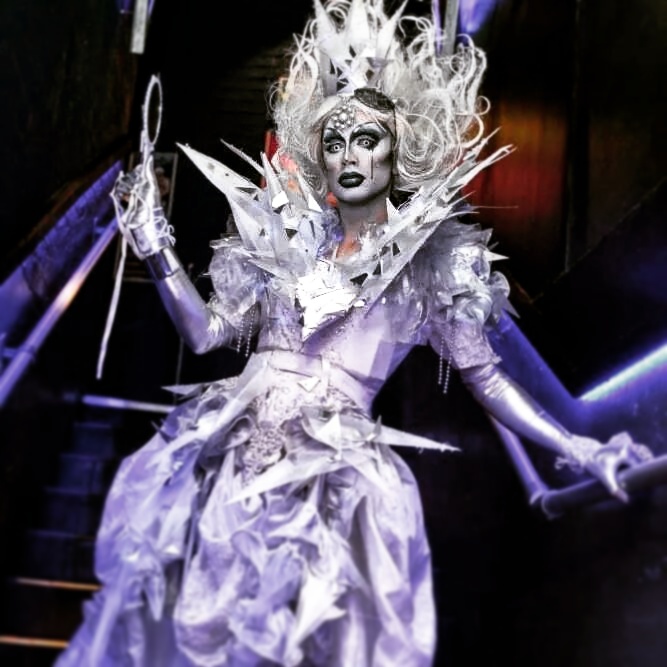 The competition to choose the UK Ambassador for RuPaul’s Drag Race comes to a head this Thursday. Twenty – sorry, 21 – finalists have been invited to the Cafe de Paris to lipsync for Ru and her crew of co-judges (Jonathan Ross, Katie Price and Alan Carr), all of whom will be assessing the queens on their charisma, uniqueness, nerve and talent.

A contender who caught our eye was the rather fabulous Anna Phylactic. One of four queens from Manchester appearing in the final, her bold look and lipsyncing skills make her a strong contender for the coveted role on offer. Roll VT and make your own mind up.

We caught up with la Phylactic to find out more.

Hello! What went through your head when you found out you were in the final 21?

“WHAT AM I GOING TO WEAR?” I mainly got myself into a crazy fluster trying to work out all the technical issues of getting to London like paying to get there, where to stay and booking time off from real life. I think the panic has finally subsided and I’ve got a flutter of excitement now!

You have a very fierce look. What has inspired your outfits and face?

Thankyou! The look has really really developed over time. I started very club kid and took a lot of inspiration from the 80s Blitz Kids/Taboo period. Leigh Bowery is a constant inspiration. I love that twisted creativity and paying with fashion.

And how long does it take to put a typical look together?

Looks can take weeks sometimes to put together or sometimes can be very last minute. It’s always a bit heartbreaking when you’ve cobbled something together at the last minute and someone tells you It’s the best thing you have ever done!

I don’t know really. I definitely think we are a creative force to be reckoned with. We have a very strong and vibrant community here which keeps growing. What’s so amazing about my drag family is that even though we are all competing against each other we have supported each other and remain united! #Manchesterqueens for the win!

If you’re weren’t forced to lipsync to a RuPaul track on your competition video, which song would you have chosen?

I’d probably revisit Frank Sinatra. I made it about a dead Hollywood starlet that gets screwed up by the industry and falls into drugs. I love a lipsync with a narrative.

What do you look for when watching a drag queen?

I like a queen that has something to say.I like different queens for different reasons. It could be look or personality. Both are equally important!

If you had to spend a week on a desert island and your only companion was a drag queen, who would you pick to be with you and how would you while away the time?

It would be that Cheddar Gorgeous! Obviously. Sister/wife/partner in crime. Also, she would know how to survive out there and is totally addicted to social media; her constant posts would have us rescued in a jiffy.

RuPaul will be picking her UK Ambassador this Thursday at an event to be held at the Cafe de Paris. Tickets are slightly rarer than a happy Irish homophobe but, technology willing, we’ll be covering the event on Facebook and Twitter.