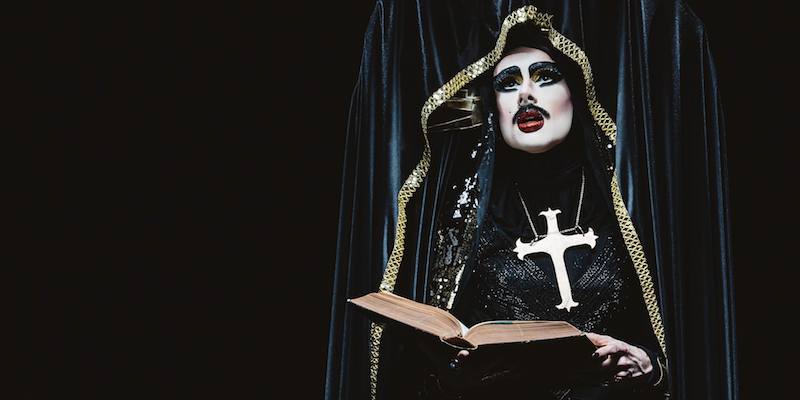 With Pride in London mere days, the largest LGBT event in the capital is shaping up well.

True, nothing can beat the utter shambles that was London’s attempt to host World Pride in 2012 but, going by the line-up on this year’s cabaret stage, there is plenty to look forward to this time around.

The entertainment starts at 1pm and continues through to 7.30pm. The stage will be set up in Soho’s Wardour Street and access will be free and non-ticketed. We advise getting down there early for a decent view – no-one wants to be that person stood behind the 8-feet tall drag queen wearing a wig with its own postcode.

New additions since the list was originally published include the Royal Tease’s Sadie Sinner as well as Myra Dubois who joins Tim McArthur and Bunny.

Worth looking out on the day for are latex loving alt-burlesquer Marnie Scarlet, an excerpt from Tricity Vogue‘s musical Heels Of Glory, gloriously inventive clown Pi The Mime, Lipsync 1000 finalist Ruby Wednesday and drag satirist Margaret, Queen Of Soho. The Pride’s Got Talent competition which proved controversial last year is back, contributing no less than 7 performers to the bill.

Here’s the full list. Those marked PGT came through the Pride’s Got Talent competition.