In Pictures: The London Cabaret Awards 2013 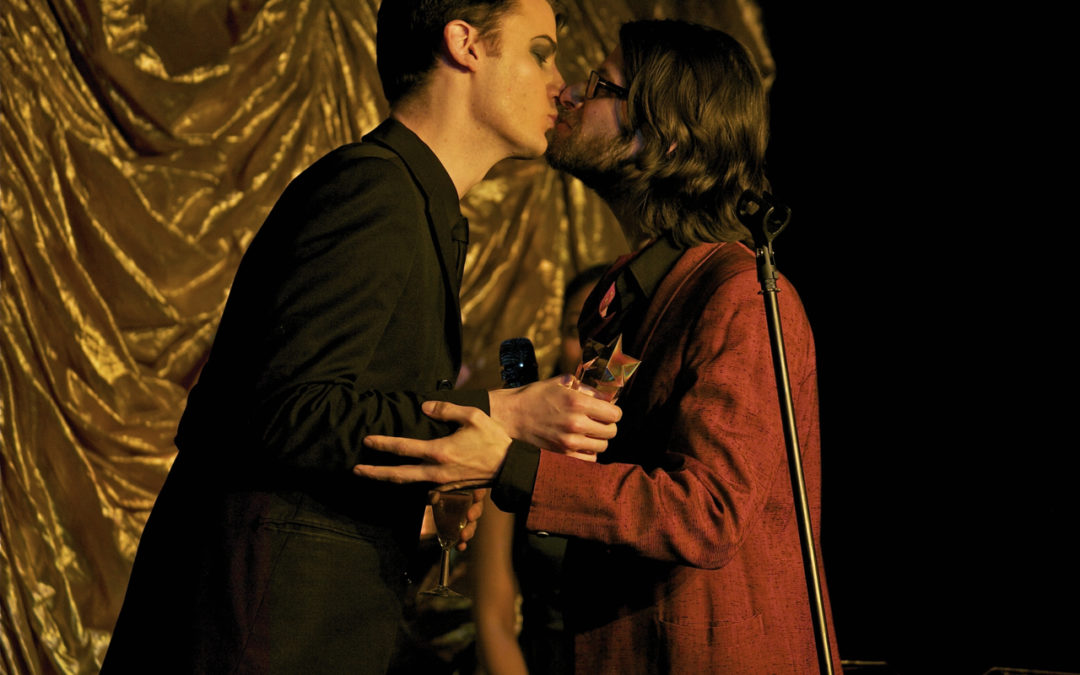 The second Excess All Areas London Cabaret Awards ceremony was not short on eye-catching and memorable sights. Burlesque dancers, drag queens, musical comedy performers, circus folk and many others squeezed into the Royal Vauxhall Tavern last Wednesday. First year nerves were nowhere in evidence as all and sundry were dressed to nine-point-nines in a variety of styles reflecting the diversity of the cabaret scene. On stage, Sarah-Louise Young, the Folly Mixtures and Alp Haydar provided entertainment while the Divine Miss Em ably oversaw a cavalcade of presenters and prizewinners.

The judges made some interesting choices this year, both in terms of awards and sartorially.

LipSinker Rhyannon Styles has recently branched out into fringe theatre.

I’ll be back: Amber Topaz missed out on the Best Burlesque Act award.

The Spiegel Tent Season at the Priceless Wonderground walked away with the Best Newcomer Award.

Sarah-Louise Young picked up two awards: one in her own right as Best Musical Variety Act and one on behalf of Fascinating Aïda with whom she performed last year.

QX Magazine’s Sasha de Suinn was one of the evening’s presenters,

Seating and shocks were both at a premium but the entertainment value was not.

Sharon Calcutt, stage manager of Finger In The Pie, holds aloft the Unsung Hero award voted on by the cabaret community.

The judges were (almost) all excited to announce the winner of the Outstanding Achievement Award.

A full list of winners can be perused right here. Are these the most controversial awards around? Franco Milazzo looks at the snubs, the shocks and the surprises behind this year’s London Cabaret Awards. Watch this space to find out who said what and our independent report on the evening. All pictures (c) Lisa Thomson exclusively for This Is Cabaret