Hot Brown Honey: “Every Day We Step Out Into The World, Our Presence Is Political” 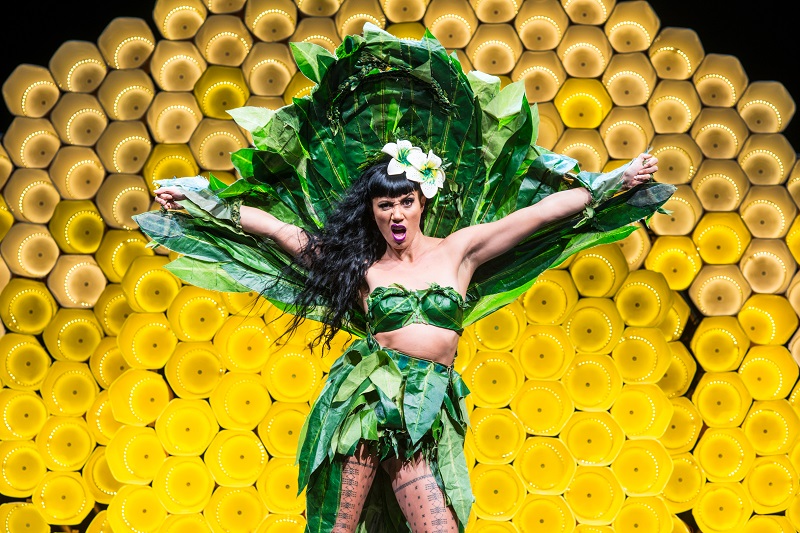 From the same source as the Australian all-male burlesque, circus and drag extravaganza that is Briefs comes Hot Brown Honey. Flipping genders, this show encompasses many of Brief’s art forms (with some new ones thrown in) with a mission to raise the profiles of issues around gender and race close to the hearts of the performers. We talked to Hot Brown Honey’s director, designer, and choreographer Lisa Fa’alafi about the show’s political mission and she didn’t pull her punches when it comes to discussing why she feels this show is so vital.

HBH looks at many aspects of society from the perspective of colour, gender and nationality. Where did the inspiration to create such a political show come from?

The initial inspiration came from frustration with the lack of representation, opportunity and diversity within our industry. As artists, we often use our chosen art forms to reflect back how we see the world so, for us, it inspires us to create work that has the capacity to provoke change in the world.

Every day we step out into the world, our presence is political, living in structures that are not made by or for us, so by default telling our stories is a political act even though we are just reflecting back our everyday lives.

Violence against women is an epidemic and has to be addressed in every way possible.

Given how provocative the show is, have you had any notable adverse audience reaction either during or after the show or online?

The reactions have been overwhelming positive. We understand that creating a piece like Crystal Stacey’s phone routine that looks directly at violence against women is emotional especially when audience members have been through it. According to statistics, one in three women in Australia experience this in their lifetime. In the UK it is one in four.

We are not just statistics. This is a real, it’s an epidemic and has to be addressed in every way possible. Most audiences agree that shining a light on some of the darker issues faced by women in the world is extremely important.

Occasionally we get someone who is offended or moved to nasty words. But for us it is about stirring all the feels, sometimes unpacking sticky topics can be uncomfortable especially if you are asked to examine your own position in the world. Good, bad, praise or trolls they all create conversation that after all is the most important part of what we do.

What’s your take on the current political situation in Australia especially in terms of human rights? From the outside, the current situation doesn’t look promising but are there any signs of hope?

Australia has a long way to go. It’s a colonising cluster fuck. Until we as a nation can offer the due respect for the First Nations People whose land we reside on I’m not sure what hope we have for compassion and empathy towards the human rights of refugees.

Don’t think the British Empire is off the hook here either. Our dark history continues today and even with the world’s eyes on us, most choose to stay buried in the sands of self righteousness laced with racism and discrimination. Hope we have to hang onto hope. We must stand in solidarity with Indigenous brothers and sisters and push for change.

There are feminist entertainers who claim burlesque goes against their values. What’s your take?

As far as we are concerned a woman can express herself however she wants. We like to say these are our stories, our bodies, our voices. So slay ladies, femmes and non-binary beauties – in whatever you do!

Don’t think the British Empire is off the hook here either.

Have you already started planning your next show? What can you tell us about it?

We have only just scraped the surface with HBH. We plan to tour the existing show that grows everyday and is influenced by all that is current and worth making noise about. It takes time to craft an award-winning show so we plan on showing it to as many people as possible.

At the end of the year we are really excited to be heading to Home in Manchester as well as first trip to Canada next year and those of us who love a warm climate have our fingers crossed for somewhere like Hawaii. In the bigger picture of HBH we have our eyes set of putting together a mammoth cast with a revolving hive, so West End and Broadway watch out for the Honeys!