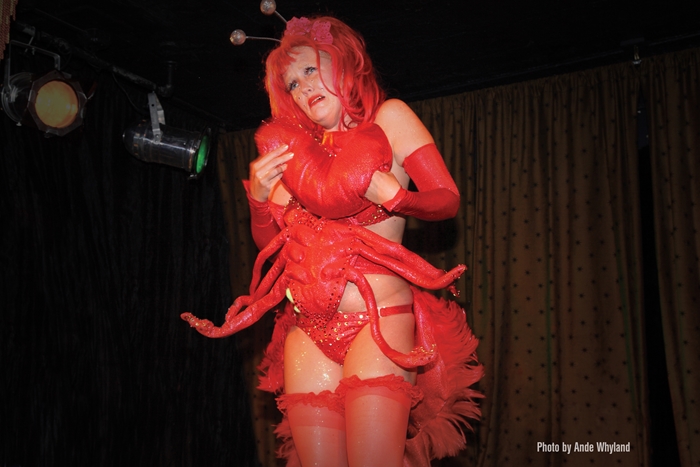 Bravely poking a lens into the dark undergrowth of the New York cabaret scene, Exposed is a film which reveals the thoughts and fears of some of its most prominent performers. 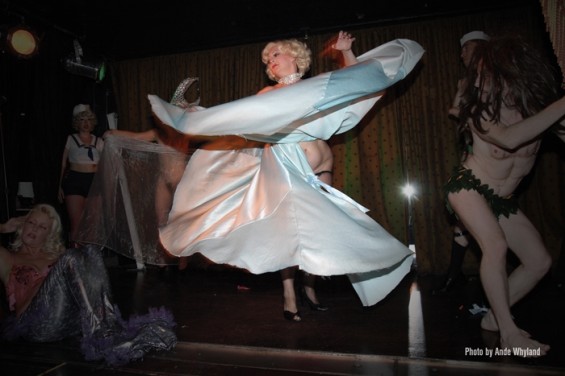 Gentrification may have somewhat sapped the Big Apple’s claim to be the capital of cabaret but there is still plenty there which is world-class. Exposed: Beyond Burlesque, a new documentary from Beth B, brings to life the characters and the venues in a vivid and moving way.

Some of the documentary’s subjects have notched up the frequent flyer points travelling to and from London. Mat “Seal Boy” Fraser and his wife Julie Atlas Muz were seen recently at the Young Vic with their own production of Beauty And The Beast while Miss Rose Wood is a staple of The Box in both cities. Other stars featured include Dirty Martini, World Famous *BOB*, Bunny Love, Bambi The Mermaid and Tigger.

Ahead of its UK premiere at the ICA tonight, we asked Marc der Veer for his thoughts on Exposed. Der Veer himself knows full well the power of documentary: in 2005, a local television programme Drags Aloud set his troupe of crossdressers on a path from the relative obscurity of the Melbourne scene to worldwide success in Edinburgh, London and New York. Here is what he had to say.

Being asked to view, and then review, yet another documentary that “gets inside” its subject filled me with the kind of dread that accompanies making an appointment for root canal treatment, even when the subject is something close to my heart.

Thankfully, Exposed presents a thoughtful and intelligent examination of the alternate burlesque world as seen through the eyes of the featured performers and the discerning eye of filmmaker Beth B.  Exposed is not about pretty costumes, gorgeous girls and their glamorous lives. This is gritty and real. It does not answer questions; rather it raises an intimate awareness to our own ignorance of the wider world.

Beth B has created a flagship piece of cinema for body-awareness, empowerment and acceptance. The featured artists (and that is most definitely what they are) are very serious about the type of burlesque they perform and very serious about the measures they will take to present it.  They employ nudity and humour subversively, challenging our ideas of what we consider to be “normal”.  It also showcases some powerful performances and images that will stay in your mind for a long time to come.

Exposed features an edgy but commanding score, the majority of which was composed and performed by Jim Coleman with contributions from Cop Shoot Cop and The Jon Spencer Blues Explosion.

Exposed is not a film for the faint-hearted or the easily offended; but perhaps these are the people that really should go to see it. Its sexy, its revolution and its rock ‘n’ roll.  Its title says it all – Exposed.

Exposed: Beyond Burlesque runs from 7-16 January at the ICA. Tickets are £6-£10 and more information can be found here.