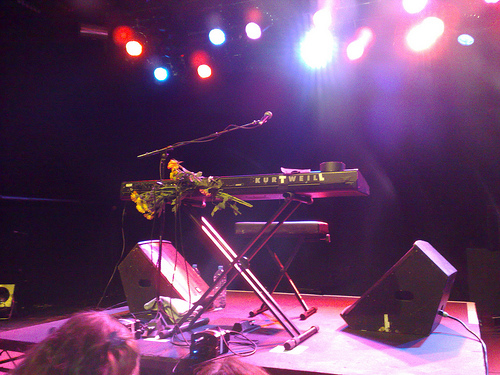 You might have been in a concert staring at Kurt Weill’s name without realising it.

As the saying goes, success has many fathers but failure is an orphan. The phenomenon that is the current cabaret scene has more fathers (and mothers and gender-transcending parents) than we have fingers but German composer Kurt Weill is possibly the grandaddy of them all.

In his heyday, his music was the living, breathing soundtrack to the Weimar Republic, the period in which seminal flick Cabaret is set, and his influence is still felt today throughout the variety scene and beyond. Why? Read on… 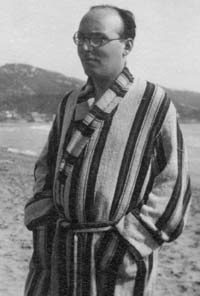 Was Kurt Weill the inspiration for The Big Lebowski’s Dude?

Bald and bespectacled, he may have looked like a bank manager but inside him beat the heart of an experimental crowd-pleaser.

Kurt Weill came from a very traditional and music-orientated family. His father was a cantor (a Jewish musician who leads the congregation) whose influence trickled down to his offspring. Weill was learning piano by the age of 12 and wrote his first number Mi Addir. Jewish Wedding Song the following year.

Despite or maybe because of all this musical baggage from an early age, he rebelled in his 20s. With his second opera, The Royal Palace, he bucked the zeitgeist and experimented with various jazz forms. He resisted the predictable opprobrium from the establishment and carried on with his mission to make music for the masses.

His third opera extended a metaphorical middle finger a little more to the critics who considered him a sellout and incorporated even more jazz into The Czar Has Himself Photographed. The press reaction wasn’t favourable but the German audiences still lapped it up.

His Threepenny Opera was no sure-fire hit.

Inspired by satirical 18th century play The Beggar’s Opera, Weill collaborated with the politically-minded Bertholdt Brecht on something with a bolder ambition. Instead of making fun of just Italian opera, Weill and Brecht’s The Threepenny Opera targetted all aspects of modern culture and incorporated musical styles ranging from blues songs to tangos.

The opening night of 31 August 1928 has since passed into legend. In retrospect, some see it as the cultural high-water mark of the Weimar Republic, just as The Threepenny Opera has come to represent the entire era. It could all, though, have gone very differently.

An elongated dress rehearsal dragged on to 5am with Weill and Brecht chopping and changing throughout. On the night, a strop by one of the leading actors saw a very late addition to the score (see below) and, once the curtain went up, a quiet start did not bode well. But by the end, the public reaction exceeded all expectations. In a precursor to the epochral 1976 Sex Pistols gig, star performer Lotte Lenya said “People who had scornfully passed up that opening night began to lie about it, to claim to have been there, primed for a sure-fire sensation!”

It proved to be a springboard for not just Weill but Lenya who played Polly Peachum, daughter of the man who controlled all of London’s beggars (don’t look at me, I didn’t write the play). The composer went on to wed Lenya not once but twice. Weill may have wanted to go for the hat-trick but he scotched that by dying during their second marriage. Lenya was married and widowed twice  more after Weill’s death.

The Threepenny Opera has been reprised on stage six times in New York, five times in London and twice in Indonesia. There have been at least three film versions and Andy Serkis (Lord Of The Rings, The Hobbit, King Kong) has said that he is collaborating with Nick Cave on another motion picture outing.

Kurt Weill could have won The X Factor

Even if you don’t spend evenings in an overpadded leather armchair listening to Weill’s works on a gramophone that you nabbed off Freecycle from some Hoxtonite hipster who is “just done with vinyl, man, just done”, there’s a very good chance that at least one track from The Threepenny Opera has made its way through your shell-likes.

Mack The Knife is one of those deceptively upbeat numbers that conceals a very dark underbelly amongst its lyrics. The song itself was a last-minute addition to the play after the original actor playing MacHeath demanded a musical introduction to his character. The result is a macabre exposition which places Mack as somewhere between Dexter and Sweeney Todd.

The song has been covered by many artists, not least Frank Sinatra and Louis Armstrong. It is Bobby Darin’s 1958 big band version, though, that most people know and on Desert Island Discs, Simon Cowell claimed it was the best song ever written. What would the talent show supremo have made of the wildly popular composer on The X Factor?

(Like actor Jack Nicholson, Darin only found out in later life that the woman he thought was his sister and the couple he thought were his parents were actually his mother and grandparents respectively. But we digress.)

In the same year that Kevin Spacey apparently fell over his dog in a dark London park, he sung a cover of Mack The Knife in Darin biopic Beyond The Sea.

David Bowie, Marilyn Manson, Nina Simone and the writers of Cheers are all fans of The Alabama Song

After Mack The Knife, Weill’s most famous work is The Alabama Song for which he provided the music. Also known as Whisky Bar, Moon over Alabama or Moon of Alabama, it first appeared in 1927 as part of his “Songspiel” Mahagonny. The Doors recorded it in 1966 and changed the lyric in the second verse from “Show us the way to the next pretty boy” to “Show me the way to the next little girl”. (And if anything says “we’re a bunch of straight paedos!” louder than “Show me the way to the next little girl”, we’d like to know what that is). David Bowie’s later rendition reached only number 23 in the UK charts but is probably the better known version.

Other than those two, there have been a diverse plethora of artists keen to put their own imprint on this classic. Nina Simone and Marilyn Manson both gave it a go as did Bette Midler and Serbian rock band Električni Orgazam. Talking of orgasms, there are probably some Weill geeks still feeling the afterglow after spotting this on 1980s TV show Cheers. 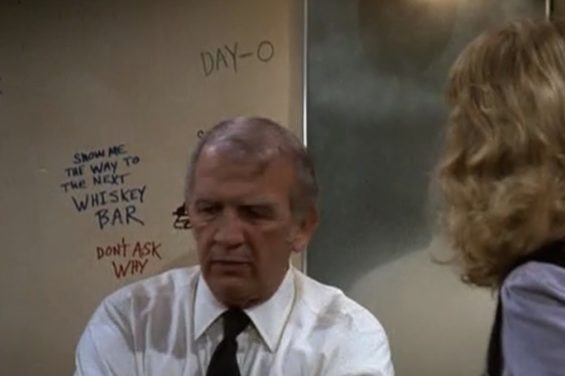 You might have been in a concert staring at Kurt Weill’s name without realising it.

Back in 1941, Woody Guthrie painted on his guitar the now-famous words “THIS MACHINE KILLS FASCISTS“. Since then, musicians have fallen over themselves to add witty (and not-so-witty) homages to their instruments. Queen of the dark cabaret circuit Amanda Palmer has eschewed such larks and the Dresden Dolls pianist/singer instead has “Kurt Weill” on her keyboards as a tribute to the composer.

Next time you see her crushing the Daily Mail or belting out one of her recent hits, peer a little closer and marvel over how the musical works and philosophical attitude of a bald, bespectacled German born in 1900 still influence one of the finest entertainment genres around.