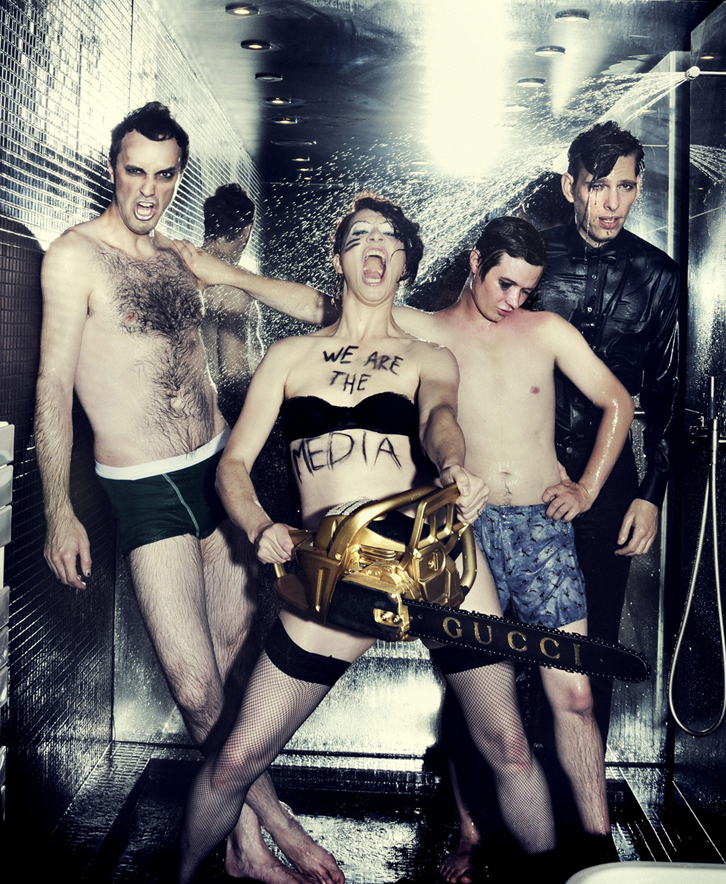 As the author of oft-covered live favourites like Coin-Operated Boy and Missed Me, Amanda Palmer is probably the most influential living composer in the cabaret circuit. September 10th will mark the European release of Theatre Is Evil, not only her first studio album since 2008, but also the result of a fundraising campaign on Kickstarter that made headlines in the music press by exceeding the one-million-dollar mark. That noise is echoed in the 15-track release, a bona fide rock record with driving beats and loud, catchy riffs.

Cabaret enthusiasts may be in for a surprise: beyond Meow Meow’s introductory spoken vignette in German, there’s no whiff of Weimar here. The continuous strum of post-punk guitars form the substance of most tracks, as in inaugural single Want It Back or party anthem Do It With a Rockstar, none of which would sound out of place at a skateboarding half-pipe. Complementing the brazen assault of backing trio The Grand Theft Orchestra, Palmer enriches the mix with charmingly cheesy 80s synth textures, particularly effective against the syncopated drums of Lost. The most straightforward tracks are permeated by a mid-90s college radio vibe, something between Everclear and Smashing Pumpkins.

Troubled relationships figure prominently in the lyrics, articulated in an unguarded confessional tone. At times it sounds like little more than cathartic whining, as in the sorrowful recollection of Grown Man Cry. The same heartbreak, however, informs a handful of vivid, moving ballads in waltz time. Palmer sings and plays piano with no other accompaniment in The Bed Song, an instant classic that chronicles a lifetime of emotional estrangement through episodic vignettes in a couple’s apartment. Berlin, in turn, weaves its tale of longing with a powerful epic rhapsody punctuated by distorted guitars and orchestral brass.

The pounding youthful rhythms of Theatre Is Evil will sound like a departure for many listeners accustomed to her regular output since the days of The Dresden Dolls, but Amanda Palmer’s emotionally strained vocals could hardly find a more appropriate context. While I can’t brush off the impression that most Palmerites are too old for a mosh-pit stampede like this, its ebullient tunes are enough to get you singing along at first listen. 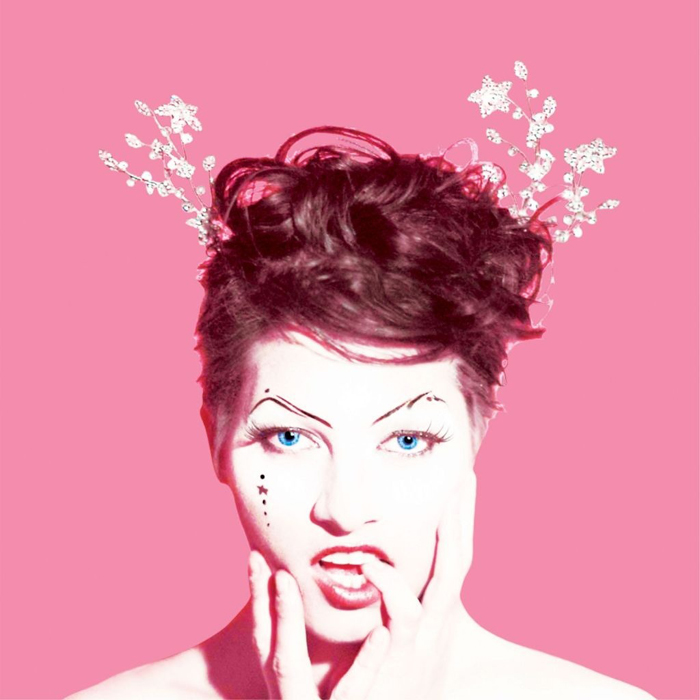 Theatre Is Evil by Amanda Palmer and The Grand Theft Orchestra. 8 Ft. Records, 2012. Available as CD, LP and digital download for £1-20 from www.amandapalmer.net

Can’t wait until September 10th? Watch the video for Want It Back, the first single from Theatre Is Evil.

Amanda Palmer and The Grand Theft Orchestra kick off their autumn tour of Europe with three UK shows, beginning with London on October 23rd at Koko in Camden. Advance tickets are available from Live Nation.