Dusty Limits And Michael Roulston Need £4,000 For A Bassoon (And Some Other Stuff) 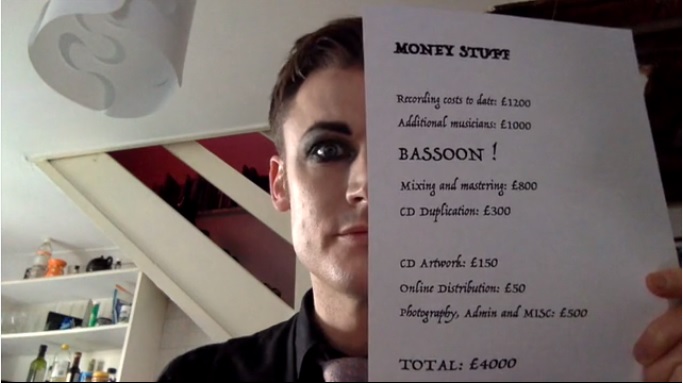 Multi-award-winning compere and singer Dusty Limits is working on his album Grin and is calling out to the universe – via crowdfunding site Kickstarter – for help.

Together with the London cabaret scene’s premier musical director Michael Roulston, Limits has put together their first album featuring thirteen original songs. Let’s hope that’s a lucky number as the tidy sum of £4,000 stands between them and their target.

Apparently not all of that money will be spent on gin and white wine. As shown on the campaign video, the funds are being being raised for additional musicians, a bassoon, an artist to create a CD cover and various distribution costs.

The pair have worked together on a number of critically-acclaimed shows, not least Darkling, Post-Mortem and Psycho. Contributors to this latest collaboration can look forward to receiving a digital download of the album, a booklet of lyrics and poetry or a VIP ticket to the album launch on 24 June 2015 at the London Wonderground. For those with £500 to spare, the pair will create a song especially for them.