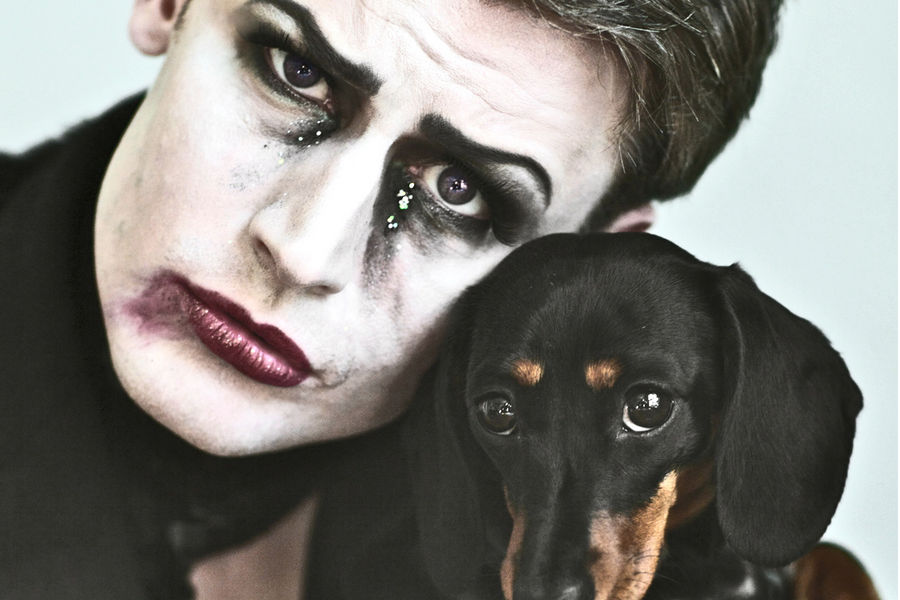 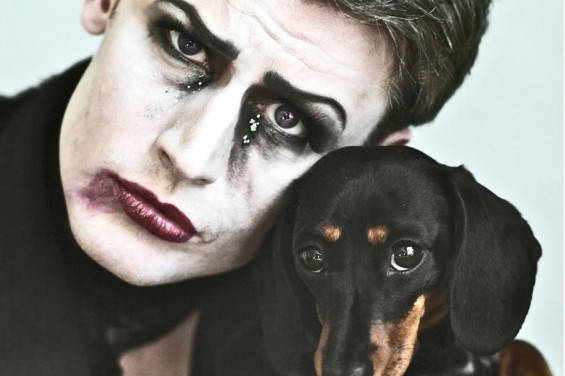 Songs from artists as diverse as Amanda Palmer, Nick Cave, Kurt Weill and Noel Coward are interspersed with Dusty’s own material and interludes the man himself refers to as “stand-up misery”. A skilfully filthy and often downright hilarious musical meditation on artificial insemination, contemporary politics, and the inevitable doom of human existence, Darkling applies Dusty’s three-octave range to political satire, misanthropic comedy and doomed romance to masterful effect.

Each song’s atmosphere is pitch-perfect, slipping between finely nuanced combinations of facial expression and mannerism and distinct dance and performance styles. Boy Anachronism – Dusty’s queered cover of the Dresden Dolls’ classic – retained the desperation and intensity of the original. If I’d had a bucket list, watching Dusty Limits cover Amanda Palmer probably would’ve been on it.

Flanders & Swann’s Irish Ballad is a rollicking joy, while Nick Cave’s Into My Arms was poignant and passionate, giving the lie to Dusty’s opening assertion that Darkling was a set free of love songs. Lest the eager reader think Dusty is only a cover artist, his own material often got the biggest laughs, combining wit, wisdom and wisecrackery in the service of cultural analysis and personal anecdote. Imagine, a refutation of the late-night drunken suggestion of sperm donation with the chorus “Won’t someone please think of the kids?” was utterly fabulous, using perfectly rational reasoning like “you’re a control freak, I’m an alcoholic” to justify his ongoing lack of paternity.

The standup misery connecting the songs likewise glitters with raw intelligence and ideological canniness. “The technical term for doing something a ghost tells you to is religion,”, says Dusty of Hamlet. Genuine sentiments and social issues – the inability, of contemporary society to discuss death, for example – are rescued from earnestness by humour:  “and what message is that sending to dead people, huh?”

The venue is lovely, striking a perfect balance between cabaret bar and experimental theatre you can drink in. For a Dusty Limits show, the audience remained surprisingly unmolested, no doubt to the mingled relief and disappointment of all concerned.

As my male companion wisely remarked, Dusty Limits is like David Bowie, in that fancying him doesn’t make you gay, it simply makes you human. For me, particularly given Darkling’s subject matter, the obvious point of comparison would be long-term libertine hero the Earl of Rochester – bitterness, check; smut, check; implausible beauty, check; sense of impending doom, check; if only Dusty had drunk himself into an early syphilitic grave, eh?  Had he done so, of course, I think we can all agree that the cabaret scene would be considerably worse off.