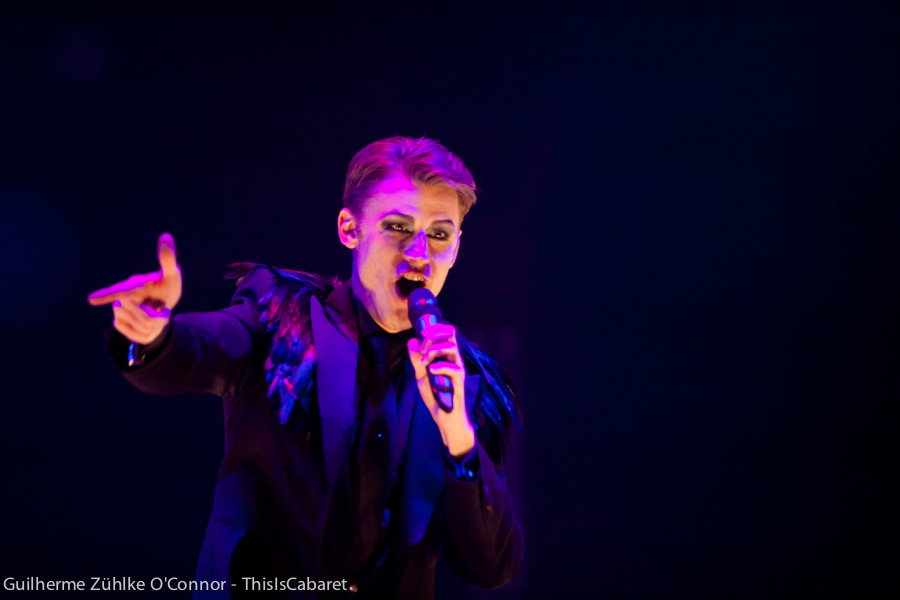 The most prestigious burlesque industry event of the year has been hit by a “rape joke” storm on its first night.

Held annually in Las Vegas, the Burlesque Hall of Fame Weekend takes place from Thursday to Sunday on the first weekend of June. Since its inception as Miss Exotic World, it is regarded by many as a showcase for the globe’s finest talent. It hands out a number of awards including Reigning Queen of Burlesque (currently held by Trixie Little) and its male equivalent; two past winners of the latter can be seen this September in Briefs at the London Wonderground.

After the Burlesque Hall of Fame’s opening show on Thursday, an after party produced by Sublime Boudoir featured a number of London-based performers and crew. The event’s compère was Dusty Limits, an Australian artist who won the Best Host prize at the London Cabaret Awards in 2012, 2013 and 2015.

Dusty Limits has had a number of solo shows (including Post-Mortem) and launched his debut album Grin last year. When he gets back to the UK, he can be seen at the London Wonderground in Hotel Black Cat and Dr Sketchy before the return of Scarfe’s Bar cabaret at the Rosewood Hotel in the autumn and a new theatrical cabaret project based on Greek tragedy. Together with Benjamin Louche and Rose Thorne, he is a trustee of Cabaret vs Cancer, a not for profit organisation raising money for cancer charities through cabaret and burlesque.

At one point during last night’s proceedings, he apparently was having difficulties making himself heard during which he made his ill-judged jibe. Speaking to industry magazine 21st Century Burlesque, costumier Viv Clicquot provided a witness statement. “(Dusty) was trying to get the crowd to shut up for some announcement he wanted to make,” she said. “His tone from the onset was very demeaning towards the audience. He was trying to pull off that faux abusive brand of comedy that can be funny when executed well, by people like Miss Astrid, for example.”

Clicquot continued, “he was becoming increasingly irritated with his own inability to capture and hold the attention of the audience, and in what was clearly an ill-advised act of desperation, he said, ‘you must all have been raped by your grandfather’.”

Also at the party was Bella Blue, head of the New Orleans School of Burlesque. She said, “it was really a shame that this host seemed so self-centred and really wanted it to be all about him. And when it wasn’t, he lashed out and made some poor decisions in order to get everyone’s attention. It was just in poor taste.”

The response to the incident has been swift. As his social media alter ego Dorian Black, Dusty Limits has remarked on Facebook saying “Last night I fucked up. I wholeheartedly apologise. I won’t say more about this for now.”

Dustin Wax, Executive Director of The Burlesque Hall of Fame, has commented saying “I know the pressure emcees are under and understand that ill-formed decisions happen, but rape jokes are not at all appropriate, least of all in a show dedicated to the celebration of women’s creativity and sexual self-representation.”

In a joint statement, the Burlesque Hall of Fame and Sublime Boudoir have made their apologies: “Sublime Boudoir and the Burlesque Hall of Fame wish to apologize to our guests for inappropriate remarks made by our emcees last night. Both Sublime Boudoir and BHoF strive to create fun, safe and respectful environments for our attendees and deeply regret any upset that these comments may have caused. We have met with our teams to iterate our ongoing commitment to support the art of burlesque and to celebrate and bolster the feminist principles that continue to guide our missions, and assure our attendees that we will do everything we can to ensure an enjoyable experience for all.”

The Burlesque Hall of Fame continues until Sunday night.

Image: Dusty Limits, taken exclusively for This Is Cabaret by Guilherme Zuhlke O’Connor.