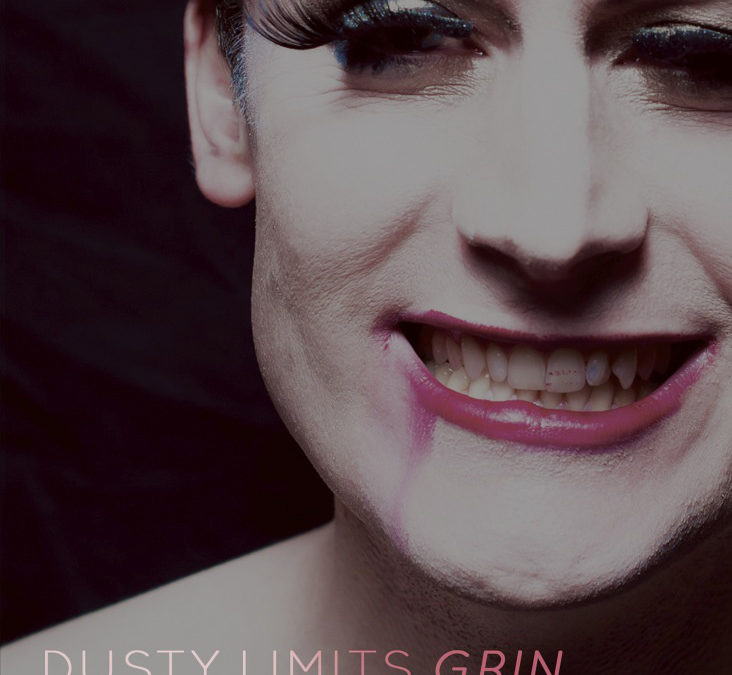 When blazing bright cabaret star Dusty Limits and his longstanding collaborator Michael Roulston bring the launch of their first ever album Grin to perform at London Wonderground’s Spiegeltent, you know you’re in for a treat.

And whilst listening to an album can never match the pair’s easy chemistry onstage, there’s still plenty to enjoy from the pair’s witty and inventive lyrics and rich rhythms, so even those who’ve missed this Wonderground extravaganza will enjoy listening to it time and time again.

Swigging from a bottle of Covonia, Limits staggers and swaggers his way through a range of moods and numbers with a fantastic three piece backing band featuring Roulston on accompanying piano (and occasional vocals). The thirteen songs on the crowdfunded Grin mostly stick to the dark, mysterious alcohol-obsessed stream of thoughts we’ve come to expect from the award-winning compere. “If you know me well you know I only write about four things: wine, death, myself and…monkeys,” he says with a twinkle in his eye, before launching into a song about, what else, being drunk.

The songs are soulful, lurching and punchy jazz melodies, occasionally sombre and reflective but often, like Imagine (Think of the Kids) peppered with humorous asides and puns, as Limits imagines with a lesbian friend what it would be like to have a child together, before quickly realising it might be better for future generations to never contemplate the thought again.

Silhouette Town is a beautiful, aching song waiting to be related to by half the nation’s lonely. Gloom-kissed lyrics such as “people are sinning in half-lit hotel rooms” illustrate Limits’s profound talent with words and spinning a story from thin air. But then in comes Reunion, a patter song very much in the style of Gilbert and Sullivan’s Major-General’s Song as a list of those  guests attending the “reunion of my kin” is rattled off, from his “funny old Uncle George who married a gorgeous woman he received in the post” to “a Buddhist monk who dresses as a punk”. Whether upbeat or brooding, Dusty Limits’s colourful lyricism shines throughout Grin.

On the night we’re also treated to a couple of extra songs such as the infamous and raucously sung (Don’t) Help The Aged and Dear Mr Cardinal, the latter about a certain red-hatted Scottish same sex marriage opponent, particularly upbeat and joyous given the huge leaps and bounds reached recently in this area across the world.

As the set ends with the titular track from the album, it is clear that Limits and Roulston have produced a dark, fascinating piece of work. It might not have the immediate melodramatics we’re so used to from Limit’s live performances, but that, in its own confident way, provides a slice of cabaret deviancy all of its own.

The album can be heard and purchased online through Bandcamp.com.