Circus Treats: What’s On in December 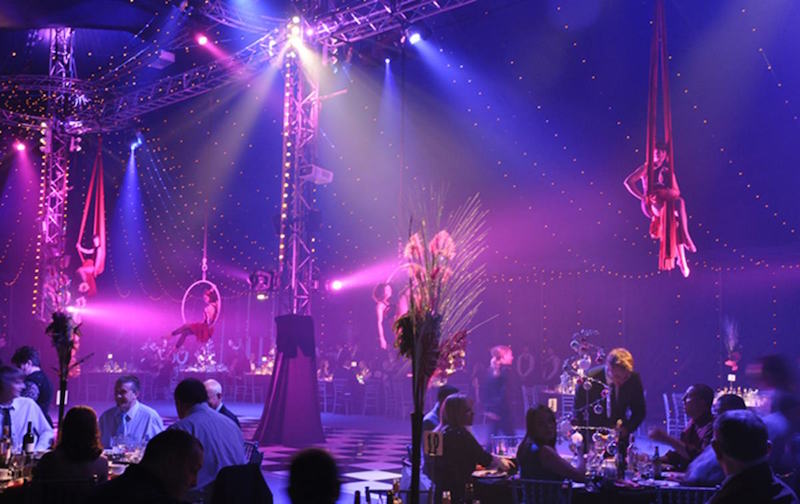 My Christmas season begins tonight with the Mary Bijou Cabaret and Social Club‘s Christmas Bauble in Cardiff, but wherever you are this December, there are plenty of circus sparkles to put you in the festive spirit.

The Hyde Park Winter Wonderland is still going strong until 3rd of January with Zippo’s Circus presenting The Perfect Gift by day, and Cirque Berserk’s Adrenaline by night. La Soirée is once again tempting Londoners into the Southbank Spiegeltent until 17th Jan and the Southbank Centre is also hosting the perennial favourite, Slava’s Snowshow (16th-3rd Jan). Victoria Park also has its own Winterville Spiegeltent, featuring Cirque Du Cabaret.

Some folks like to claim that Christmas is for the children and, for very little ones, the Roundhouse see the return of the charming Peut-être Theatre with this year’s offering of The Little Bird Who Stayed for Winter (19th-4th Jan). For the bigger party people, the Bloomsbury Big Top’s Cirque Shanghai festive frolics may be more in order, including a 3-course meal, bar, and that all important entertainment.

Manchester also seems to have a great line in circus parties this season, with Cirque Lumiere’s Christmas Party World at Manchester Central, and the Urban Circus Christmas Party in Victoria Warehouse. The Trafford Centre’s Winter Wonderland, open from 12th-3rd Jan, also includes a Christmas Circus amid the fairground rides and festive stalls.

The annual Christmas Spectacular and Water Show at Great Yarmouth Hippodrome plays from 12th to 10th January, and the Blackpool Tower present a circus pantomime with Pinocchio until 17th January.

Other cities’ winter offerings include the Aussie awesomeness of Circa’s mesmerising Beyond in Edinburgh, The Great Canadian Circus in Birmingham, Circus Geeks Do Christmas in Bristol, and the globetrotting Pirates of the Carabina in Brighton with their hit show Flown.

For fans who like to get a bit deeper into the circus world, Welsh super-circus company NoFit State are launching their Archive exhibition on 12th, which will run at their Four Elms site in Cardiff until 23rd, in celebration of their 30th year. The exhibition also features a weekend of performances and installations with Journeys on 12-13th.

Back in London, Jackson’s Lane are hosting a free exhibition of photographer Ben Hopper’s work with Transfiguration, which runs until 31st December, exploring the spirit of contemporary circus performers and dancers. Horacio Alcala’s beautiful documentary film Grazing The Sky also launches, with a screening at Curzon Cinema Mayfair on 9th followed by a post-show Q&A with the director and featured cyr wheel artist Jo Moss.

Could Santa have stuffed our sack any fuller? If you find anything else we’ve missed, do drop it into the comments below! Hohoho, and a Merry Christmas to all! See you on the other side…