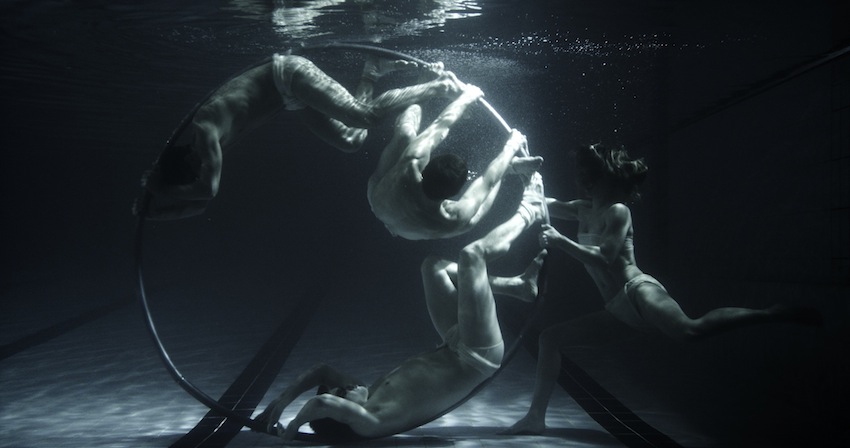 This year’s Raindance Film Festival is now underway, and we’ve had a sneak preview of the circus documentary Grazing The Sky that’s showing next weekend… 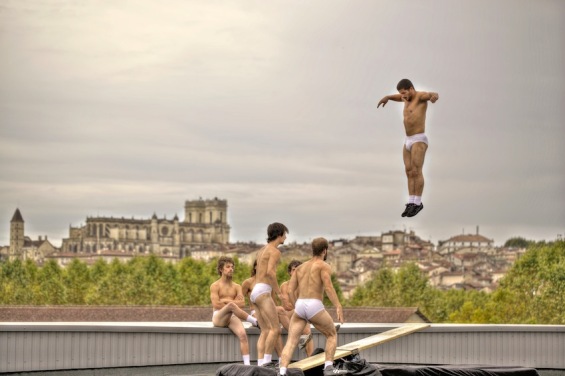 Directed and produced by Mexican film-maker Horacio Alcalá, Grazing The Sky intercepts the lives of circus artists from around the world, at various stages of their career and relationships with their circus work.  There is some tremendous artistry involved, from the beautiful cinematography of David Palacios and in the wide-ranging disciplines of the performers.

The initial idea for the film came from Patrick Flynn, Company Manager for Cirque Du Soleil, and the documentary shines a light on the many ways into today’s circus industry – a far cry from the seemingly inaccessible routes of the past, that usually stemmed from familial vocation.

What the light reveals is an expanding family, bonded through shared passion and drive, rather than by blood.  The film is crowded with voices – 15 artists, voiceover, subtitles and onscreen text – from 11 countries, and spanning a time-frame of five years’ filming.  Yet, separately, they all talk of connection, and of a whole heart-and-bodied investment.

We see evocatively shot auditions, chats, and home lives, but its the rehearsal and performance sequences that get given the most intense cinematic treatment and weight.  The work is the important thing, and the identities of employers or institutions are avoided most of the time.  There’s no advertorial here and, as a circus performer’s life is likely to take them through a course of multiple unconnected gigs, this seems apt.  From the social circus projects of Fadi Zmorrod in Palestine, to Australian gold-medal gymnast, Damian Istria, about to retire from Cirque Du Soleil, Grazing The Sky is about building; building careers, an act, an art; building lives.

Most of the performers work in relatively new areas of circus history; vertical dance and experimental equipment from Saar Rombout, the theatrically touring Le Meute, an all-male aerial cradle duo in Maxime La Sala and Antonio Segura, and Jonathan Moss with his innovative uses for the Cyr wheel (itself only popularised within the 21st Century).  I would have enjoyed seeing some juggling and clowning included from the gamut of modern circus but, without excuse, Grazing The Sky has chosen to focus on varieties of acrobatic act only. 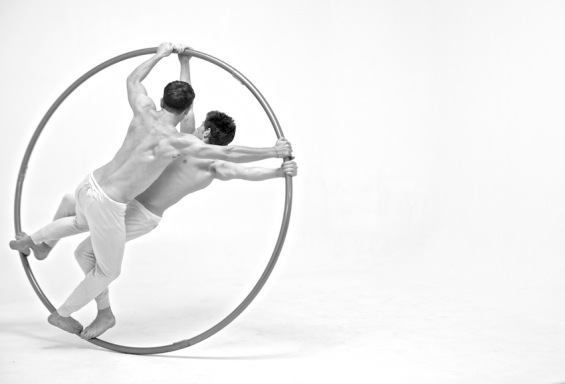 Nevertheless, this documentary must feel like home for anyone who has touched the circus life.  The moving images of physical shapes and landscapes – architectural visions of bodies, and the world, and how we fit together – offer the familiar comfort of quiet and steady perseverance, and an unrefuted sense of rightness, even in moments of fear and turmoil.  The love story of Grazing The Sky is a poetic, open hearted invitation into the circus family.

The team behind the film will be in London for the Festival, including British star Moss, who trained at Circomedia before attending the Belgian École Supérieure des Artes du Cirque.  You’ll also be able to catch hand-to-hand duo Philippe Bélanger and Marie-Lee Guilbert in London at the start of next year when Cirque Du Soleil’s Kooza comes to town.  You’ll already feel like you know them.