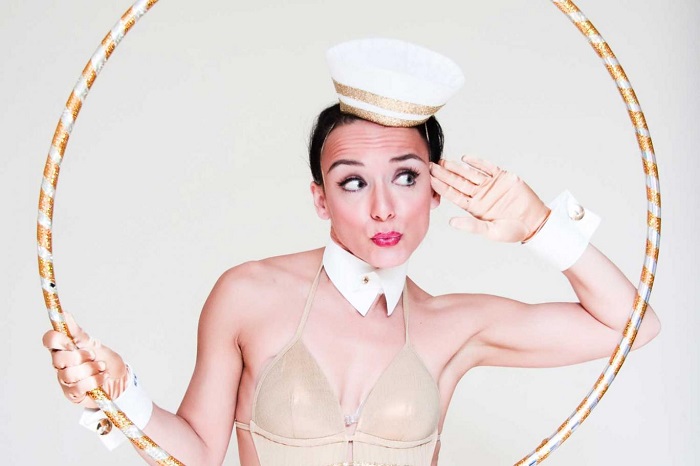 From this week, cabaret comes this week to London’s merchant banker district in the form of a short Spiegeltent season.

Once one of the busiest docks in the world, Canary Wharf goes big top-crazy for 11 days from this Thursday.

Turn up on 10 September to see ex-Vegas showgirl Peggy Sued blast open the festival with a talented crew of vaudevillians. Feel free to gasp as Rod Laver juggles ping pong balls with his mouth, or hold that breath while Titianesque burlesquer Sophia St Villier strips or Felipe Reyes swoops around like the astounding aerialist and hand balancer that he is. If that isn’t enough, bawdy hip hop rapper Mr B The Gentleman Rhymer will be showing just why his fans range all the way up to the Cabinet.

Spectacular South London-based troupe Aircraft Circus take over the big top on 16 September with Boudoir Circus. If it is anything like their Midnight Circus, expect acrobatic thrills of the highest order.

And there’s much more in store for fans of stand-up, cookery and dance. Something for everyone? Perhaps. just perhaps. Check out the full programme here.