Bye Bye Battersea Barge: The Cabaret Boat Is Going Out With A Bang 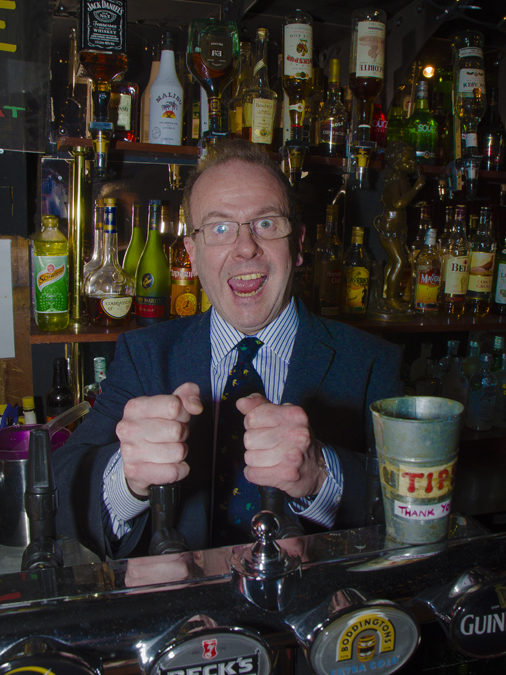 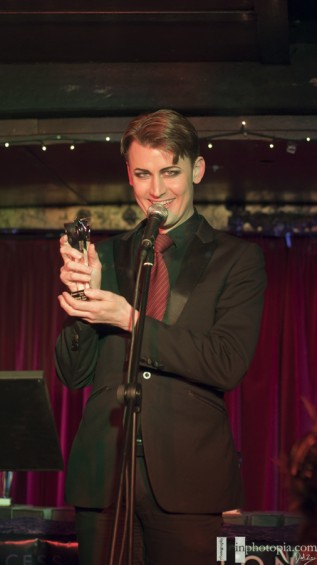 Dusty Limits accepting the Best Host Award aboard the barge in 2012.

The River Thames may seem an unusual avenue for cabaret but for many years that is exactly where you would have found the Battersea Barge. Moored just down the road from the Royal Vauxhall Tavern, it has played host to some of London’s cabaret greats like Dusty Limits, Sarah-Louise Young, Piff The Magic Dragon, Mr B The Gentleman Rhymer and Paul L Martin.

Martin has a connection with this floating venue that goes beyond the purely professional. He recently told us “the barge is my spiritual home.  I shall probably be buried there, under the stage – or the chemical toilet.” His production company Excess All Areas have used the joint for a number of their shows including the first London Cabaret Awards event in 2012, the monthly talent contest Cheese ‘n’ Crackers which recently celebrated its tenth anniversary and their twice-yearly pantos.

That all, though, will come to an end over the coming weeks, albeit with something of a bang. Cheese ‘n’ Crackers’ final outing on the barge is on 3 July and the last panto there is shaping up to the best yet. Penned again by Martin, Dial M…For Death sees features a plot packed with twists, turns, drag and double entendres. Fitting the theme, this slice of panto noir has a killer cast too: Benjamin Louche, Tricity Vogue, Champagne Charlie, Becky John, Jamie Anderson and Martin himself.  The fun starts this Sunday and continues until next Friday.

We spoke to Martin about the barge’s past and its owner Peter Lewis. “I don’t know what the barge did before Peter took over in 2001, but I don’t believe it was doing cabarets, ” he said. “He was previously a professional musician, hence his passion for it.  I was the very first person to approach him about putting on a show on a sunny Sunday in the summer of 2001 and I was the very last promoter he was there to work with before retiring.  I was up a ladder painting a ceiling with a mutual friend of Pete’s and telling her about my cabaret show, Trinity’s and that fact that it was looking for a new home.  She suggested I pop down and see him!

“I think what I’ll miss most is the uniqueness of the place – the fact that it is hidden and cosy and kind of a secret, and the fact that it’s a bit rough around the edges and kinda crap despite (or perhaps because of) the fairy lights and the velvet curtains.  Customers have a magical experience at the barge and I know that they have come to my shows in part because of the venue.  We are in talks with a number of venues about moving Cheese ‘n’ Crackers and the annual whodunnits and pantomimes, but wherever we go it will never be quite the same again.”

Indeed. We won’t tell you twice: cabaret on the barge is a unique way to spend an evening no matter what format the entertainment takes that night and you have literally days left to find out what it is all about. We’ve plundered the barge’s photo archive to bring you a stroll down memory lane featuring Paul L Martin, Dusty Limits. Sarah-Louise Young, Jamie Anderson, Fancy Chance amongst others.

Host of the awards, Jamie Anderson

Dusty Limits accepting the Best Host Award aboard the barge in 2012.

And as a taster of what to expect at Dial M…For Death, here’s some footage from last year’s summer panto aboard the barge. Tickets can be purchased through www.paullmartin.com, www.lastminute.com and the Yplan App.