Review: Between the Sheets, London Wonderground 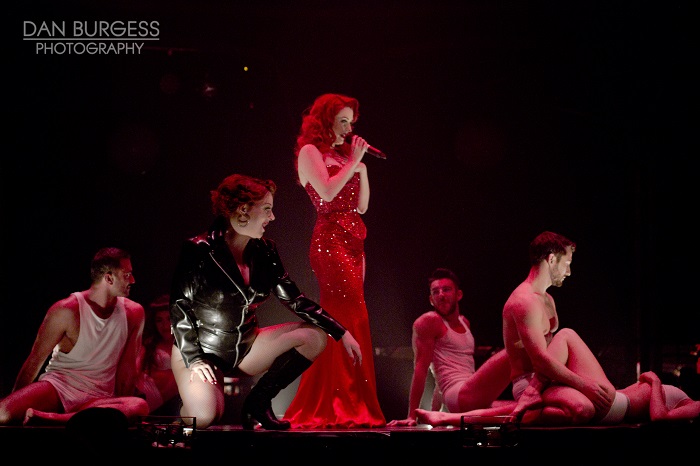 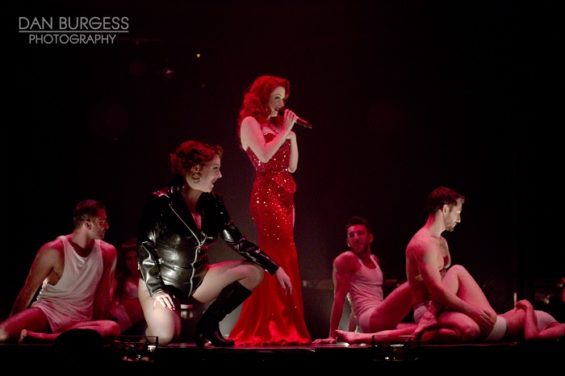 Some people say “less is more”. Fools, the lot of them. The spacious Spiegeltent at London Wonderground is breathing new life into a number of shows usually found in far smaller cabaret venues including Madame Jojo’s House of Burlesque and Bethnal Green Working Men’s Club’s The Double R Club.

Following in their steps is the Hippodrome Casino’s Soho Burlesque Club in the form of sister production Between The Sheets. Both are produced by Polly Rae with Sheets being a burlesque-heavy variety show loaded up on old school values like bawdy humour, cheesecake strips and cheeky songs. Unlike The Double R Club, there’s no overarching theme here so each act is a deliberate non sequitur of naked flesh.

Indeed, as a production Sheets is as risky as it is risqué with quite a few different cabaret sub-genres including neo-burlesque, circus and boylesque thrown into the mix. There’s always a danger in trying to put too much into creating an enticing option: most men can get away with hiding a single pair of socks down their trousers while a second pair causes suspicion and a third will stretch both credibility and clothing to breaking point. The same goes for variety. Kind of. 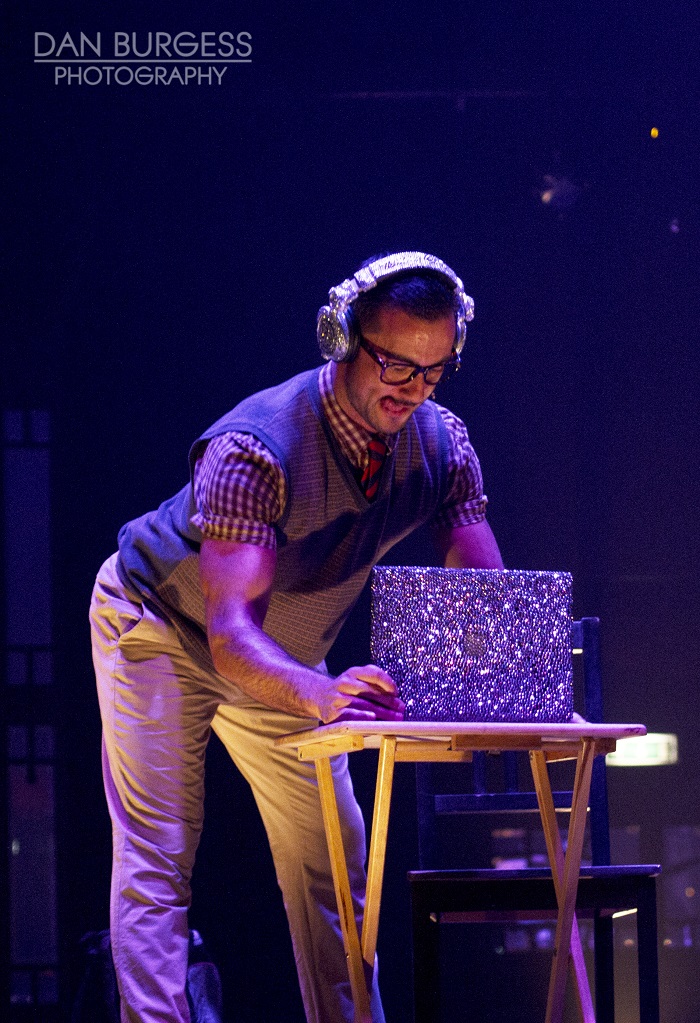 With a bigger stage to work on compared to Soho Burlesque Club, both the cast and scope of the show have expanded commensurately. Helping out on MC duties is Ophelia Bitz, the epitome of debauchery who spends much of the show squeezed into what must be a groin-garrotingly tight latex onesie. Despite expatriating herself to Bristol some time ago, this one-time fixture of the London cabaret scene has been putting in occasional appearances in the capital this year. That is definitely all to the good as the buxom Bitz can’t help but add fun, filth and frolics to the proceedings. When not singing out some lewd tune, she has two audience members up on stage competing to perform the most convincing cunnilingus on hollowed out cucumbers. As you do.

The older material has lost none of its lustre and shines as brightly as it ever did. Phil Ingud’s geek boylesque strip is sheer hilarity from the off. Seeing this handsome hunk poured into a preppy outfit is enough to set off the giggles; watching him impress some unseen Slavic siren by casting caution and clothing to the wind is burlesque wit personified. More low-brow but just as gutbusting is the all-company ensemble number which sees the audience collectivey welcomed aboard Flight 69 bound for Lesbos. Kitty Bang Bang’s clowning is sublime as the drunken stewardess ambling her way through the pre-flight check, all fumbles and evil glares. 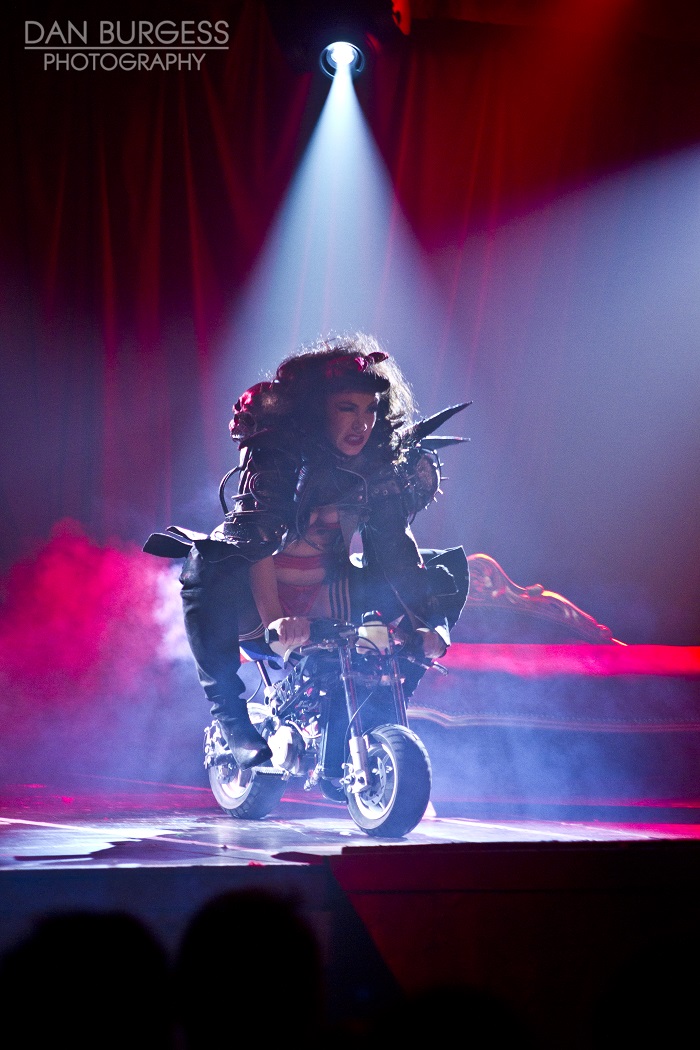 The newer segments, on the other hand, plumb the polar opposites of entertainment. Rae and Justin Cider (don’t look at us, we don’t make up these names) play shopping channel presenters in a jokey section dedicated to Sheets sponsors Lelo. Frankly, it couldn’t be hammier or less funny if it tried. If Lelo were a supplier of S&M gear instead of “intimate lifestyle products“, there would be a kind of twisted logic to sadistically inflicting something this truly painful on the audience but, sadly, no.

On the flip side, Cider’s two-hander with Ingud is on a completely different artistic plane to anything else on the night. It is to a credit to Sheets that one of its most effective elements bucks the burlesque rule book – while men are no longer strangers on stage, it is highly unusual for there to be an all-male ensemble act outside of boylesque shows. The pair’s wordless and highly emotive segment sees them movingly portray the tortured final act of a love affair, Cider pulling away as Ingud desperately struggles to maintain physical proximity. Having on occasion seen what goes on at Sadler’s Wells, this act is one that definitely would not look out of place there or at any other high altar of dance.

For all its minor faults, the show is a sterling credit to its producer and performers. Unlike other similar productions which rely on guest performers to pull in the crowds, the calibre of the in-house troupe here is as good as any of the imports with Polly Rae, Phil Ingud and Kitty Bang Bang all superstars in their own right. Those who accuse burlesque of being little more than tits and giggles should pay a visit to Sheets and see a peerless show hitting its peak.