Interview: No Hanging About For Aerial Star Stephen Williams 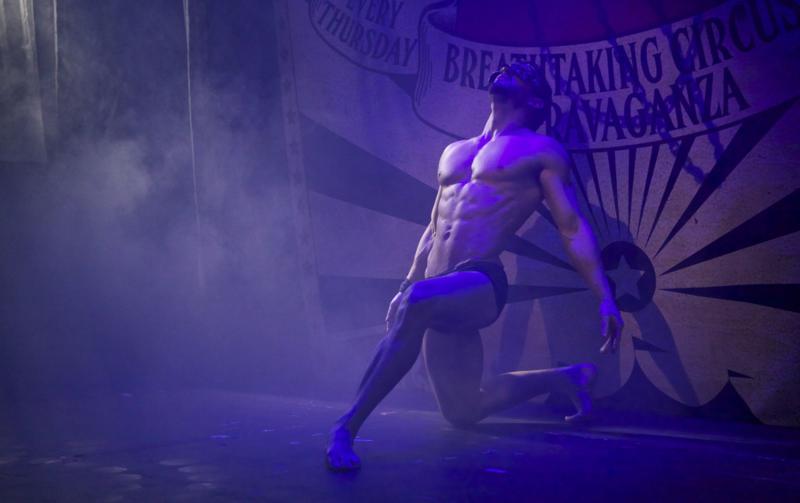 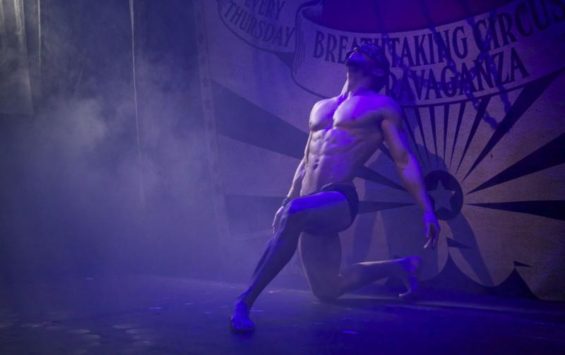 Stephen Williams began using circus as an alternative to the traditional physical education options. After falling in love with the art form, he now makes his living performing a variety of disciplines all over the world at a huge range of events and venues. With a mix of circus disciplines to choose from, including acrobalance and aerial chains, Williams shows how being flexible, literally and in terms of what you offer as a performer, can work wonders.

Don’t let his youthful looks and muscular physique fool you: Boom & Bang Circus regular Stephen Williams is one smart and experienced individual. He holds a Bachelor’s Degree in Circus Arts from the Australian National Institute of Circus Arts and has already racked up a broad and impressive résumé, from the intimacy and high profile shows of shows at London’s Hippodrome Casino to acclaimed travelling circus La Clique and huge events such as the Asia Games Opening and Closing Ceremonies in Doha. Last year, Stephen worked alongside Franco Dragone on the creation and performance of TABOO in Macau’s City Of Dreams. Stephen spoke to us about his introduction to circus, his choice of discipline and his plans for the future. 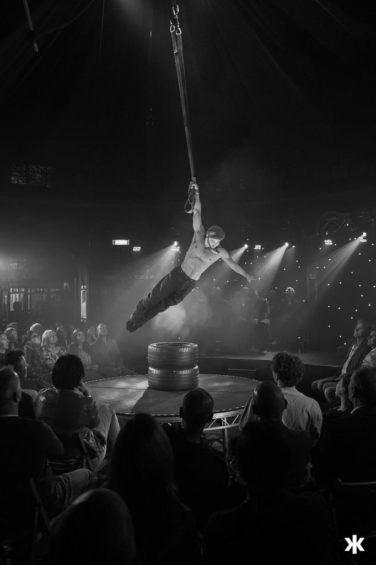 How did you get involved in circus arts?

I attended a community high school for people that didn’t quite fit into mainstream schooling. At this school, during my final two years, they offered circus arts as an elective add on to phys ed. In the course we learnt how to do acrobatics, aerial and also how to go about making a show from the production side of things. In that time I really found my feet and decided that it was definitely what I wanted to do career wise.

What is it about your discipline/apparatus you use that you love?

I love being physical, I am a physical person who likes to find new challenges. First thing I learnt was rope. I got bored of rope then tried handstands, get bored from time to time with that so moved onto straps and some partner acrobalance. Currently I do aerial chains and handstands. Basically I like things that are new and challenging, with so many completely different disciplines within one art form, it seems to be the way for me!

What is important about a performance to you?

I think the most important thing is to enjoy what you’re doing. You can make a living doing a lot of things so why not choose what you enjoy. The great thing is that with circus once the enjoyment of a certain act you do runs out, you can make another one!

Would you say that you have developed a style or any signature moves/tricks?

I suppose I might go through phases of different looks and styles but I try not to as different shows have different themes and can definitely work to your advantage to be able to adapt and fit.

Do you have certain events or venues you prefer to perform?

I prefer venues with audiences that are close enough to interact with but, to be honest, whether it is ceremonial events, corporate, variety or anything else, any time I get to work doing what I love is great!

What are your plans for the future?

My plans for the future is to keep doing what I enjoy, but who knows what that might be in the distant future, could be anything!