Behind The Mask: The Lowdown On Marcus Reeves’ Spectacular Quicksilver Shows 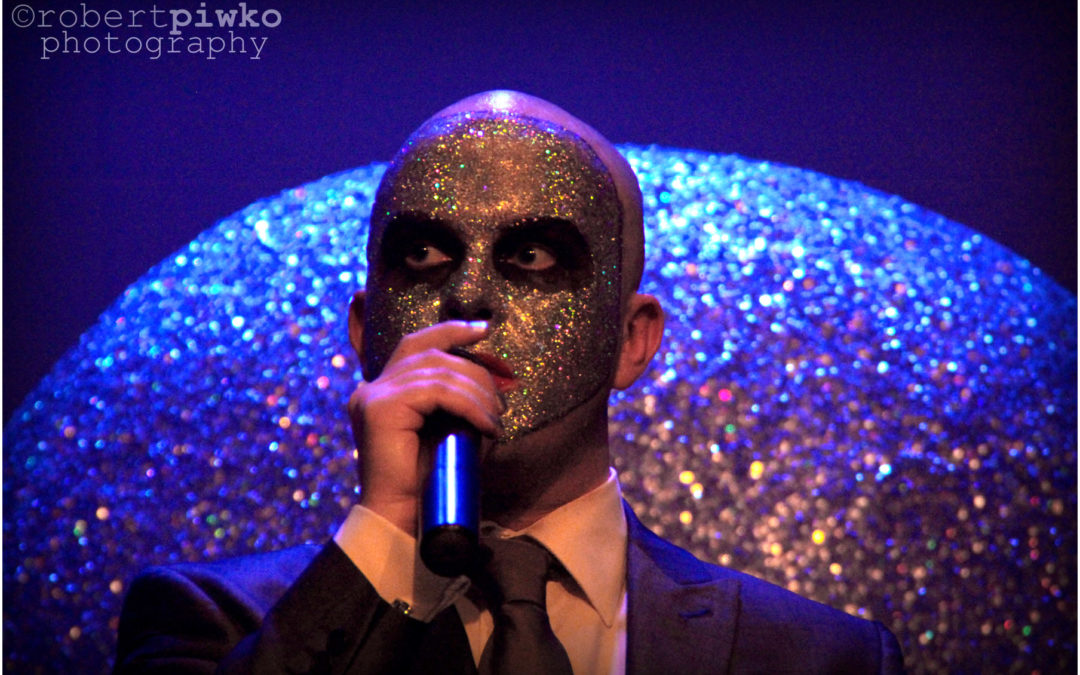 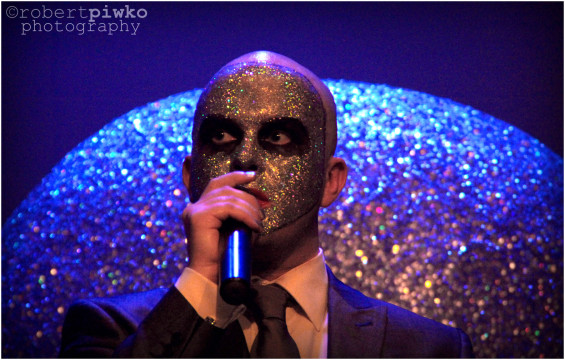 Marcus Reeves’s new album Quicksilver – The Masquerade Macabre will be out later this year.

It has been a long time coming but the debut longplayer from Marcus Reeves is almost here.

We last spoke to the actor, singer, composer and poet last October about the debut single Black Tears  and watched a live performance of another album cut Smoke and Mirrors with Sarah-Louise Young at this summer’s Alternative Eurovision. Last month,  he launched his album Quicksilver – The Masquerade Macabre at Jacksons Lane’s Postcards Festival. The lively show saw numerous costume changes, members of Uberkaboom plus famed cabaret musical director Michael Roulston playing as his backing band and a huge prop-version of his signature glitter mask. Quicksilver is not officially released until later this year but we wanted to know more about the show it has inspired.

Tell us a little about how the show at Jacksons Lane came into being?

I’ve known Ade Berry who runs Jacksons Lane for ten years – we met when I interviewed him for my website about his Bowie-inspired play From Ibiza to the Norkfolk Broads. He’d heard about my work and asked me if I’d like to present my album there as part of the Postcards festival. People often describe my work as “theatrical” (though I often wonder what that really means) but presenting it in a theatre space seemed appropriate and it was great to be programmed alongside such well known and inspiring circus and cabaret stars.

How did you come to work with Uberkaboom?

Quicksilver – The Masquerade Macabre is my third collaboration with musical director Michael Roulston. He oversaw most of the arrangements on this album as well as my solo touring show three zero and the cast recording of Postcards from God – The Sister Wendy Musical. Michael brought the band together from this gig and the drummer James Johnston, guitarist Paul White and bass player Tom Mansi from Uberkaboom all play on the record. Their music is anarchic, weird and wonderful and although my material is very different to theirs, they seem to get what I’m doing and are really lovely guys – all in all a pleasure to work with! We were joined by Alex Steer on guitar (who also played on the album), Simon Lambert on keyboards and Laura Hyde and Lorna-Marie Moore on backing vocals. The Jacksons Lane show was my first live gig with a band in ten years and it was great to be surrounded by such lovely people on such an auspicious occasion.

How did that magnificent head come into creation?

My parents met in 1974 and… Oh! You mean the stage prop! The big head was made by a brilliant artist called Ruth Bennett who makes large scale polystyrene sculptures. I went to her with an idea and she ran with it. She’s amazing. You should see her take on Barbie!

Apart from yourself, pretty much everyone else on stage is static. Who does your choregraphy? What are your onstage moves inspired by?

The show was directed by Lisa Lee of The Lipsinkers, who I met when I won Bistrotheque’s Tranny Talent Contest five years ago. Lisa runs UnderConstruction, a great forum for artists to try out new work where I first tried out the material that has made it onto this album. She’s been instrumental in shaping the presentation of the songs and the character of Quicksilver. As both of us come from a drag/cabaret/musical theatre background, we have quite a lot of references in common so we’ve tended to pick certain characters for me to draw from, ranging from Fagin to Frank’n’Furter and even Richard III!

The audience interaction element during the song The Disappearing Man was a surprise. What was the thinking behind that?

The song  came about with me riffing on the idea that saying “I love you” can be a more powerful way of making a lover disappear than any magic spell. It hinges on that central joke and it would have been a wasted opportunity not to have played it out live as a magic trick onstage. Quicksilver has many guises and playing with the audience is a thrill for him – even if the trick doesn’t always go to plan…

Will you be keeping the set list the same from show to show or will it evolve?

The album is very much a concept album, with a set “story” that it follows, though I imagine that for gigs in rock venues, we may just do song-based sets and the order will probably change. I’ve already started writing my next album and it’s a very different affair. Writing-wise, I’m in a different headspace. That’s not to say Quicksilver may not make a comeback – sorry – I hate that word – a “return”!

Information on Marcus Reeves’ future shows and his debut album can be found on his official website.