Three Reasons To Run Away To The Udderbelly Tent 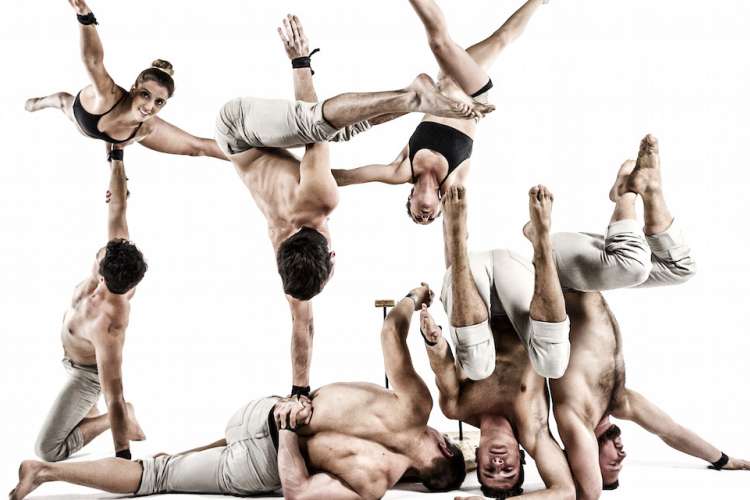 If you go down to the Southbank today, you may be in for a big surprise. The big purple one has landed once more and we’re not talking Quality Street sweeties. The upside-down cow that houses the annual Udderbelly festival of opens this Thursday and, as well as the standard menu of stand-up comedy, there are some rather lovely circus treats to gorge upon.

Seven acrobats on one small stage may not sound like a recipe for grand scale entertainment but what Gravity & Other Myths do with that area is truly inspiring.  They’re back in the Udderbelly after proving a hit last year with their dazzling combination of flips, throws and, er, balloon animals. Roll VT.

Less Big Bang Theory, more Big Top Feats, Beta Testing’s fearless nerds go where other jugglers fear to tread. Caution to the wind is not the only thing these guys throw and, as well as the breathtaking action, they’ve been known to provide plenty of explanation behind the science of their show. When we saw them at the Roundhouse last year as part of Circusfest 2014, we rated their “very 21st century approach to an age-old art and one that shows plenty of promise.” Have they lived up to our hype? There’s only one way to find out.

Despite their boy band looks, one shouldn’t underestimate the Barely Methodical Troupe. Bromance has already won one award and was chosen to open this year’s London International Mime Festival. The skilled trio of charmers merge the physicality of Bboy moves and parkour with some mean hand-to-hand and cyr wheel skills.

Did you know Udderbelly are offering up to 25% off tickets to these shows? You do now.

The full Udderbelly programme can be seen here.