The Disconnected Inspiration of Mozes 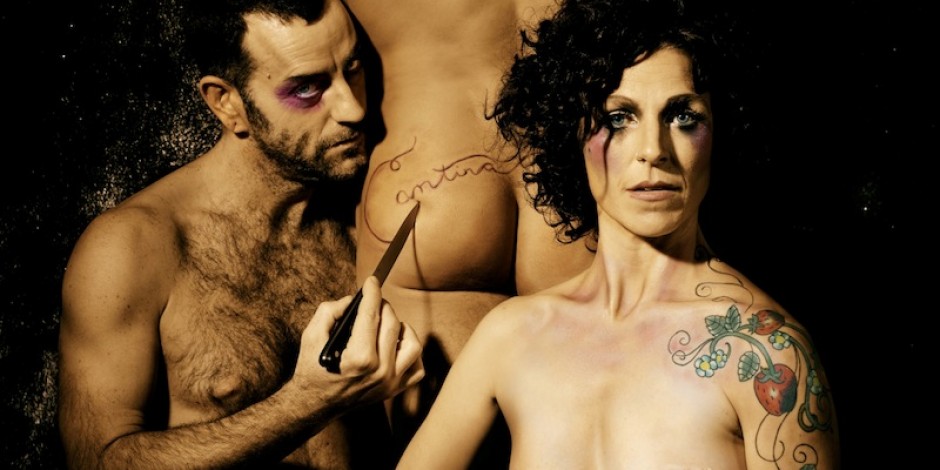 Australian acrobat Mozes has toured internationally and performed with prestigious companies like Circus Oz and La Clique. Jackie Le interviews the Cantina star and finds out what inspires his unusual stunts.

Mozes (l) with his Cantina colleagues

How did you start your career in circus?

I began training at the age of 25. I had started to do some street performing and saw an aerialist. It was a static trapeze and a rope act, and I thought “I wonder if I could do that.” So I took some classes and was hooked.

At the moment I’m learning a new roller-skating act, so I’m practicing it for two hours in the middle of the day. Then I go to the venue and prepare for the show, perform and eat in between.

How many hours do you practice each week?

With the new act I’m training about ten hours a week, plus about an hour each day before the show. However, If I weren’t working on a new act it wouldn’t add up to much. In a long run like this I don’t tend to do a lot of extra practice.

How is life on tour? Have you seen much of London?

I haven’t done much sightseeing at all. I used to live here in the mid-90sb so it’s not that new for men I have been catching up with friends, though.

What do you like the most about being part of Cantina?

Working with friends who inspire.

How long did it take you to learn magic?

Not that long, as I only know two magic tricks. The magic I do is always about ending up naked.

What possessed you to do an aerial act blindfolded?

I’ve been doing various kinds of aerial acts, especially rope, for about 15 years and I wanted to increase the feat, so to speak. It also seemed fitting for the era. Also, I wanted to convey a feeling of loneliness, or aloneness, and disconnect. The bag on the head seems to do that.

Have you ever wanted a career other than circus?

When I was still in school I wanted to be a hairdresser, so I left school and became a hairdresser. It wasn’t until several years later that I ditched it, and found my way on a very roundabout road to circus.

What advice do you have for anyone interested in becoming a circus performer?

Train hard and get obsessed.