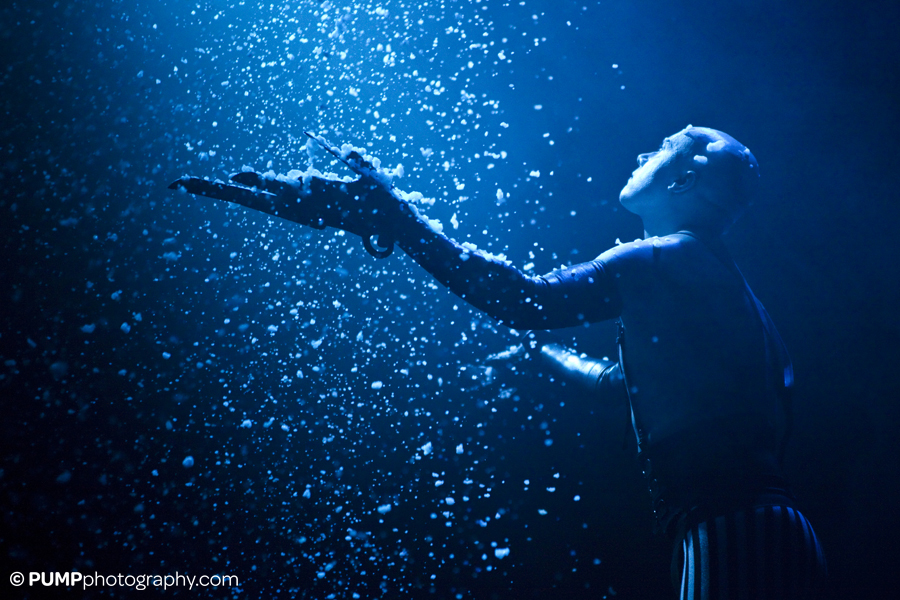 Islington’s Pleasance Theatre is not the natural home for cabaret but this show hopefully will spark an influx of more high quality variety nights there. 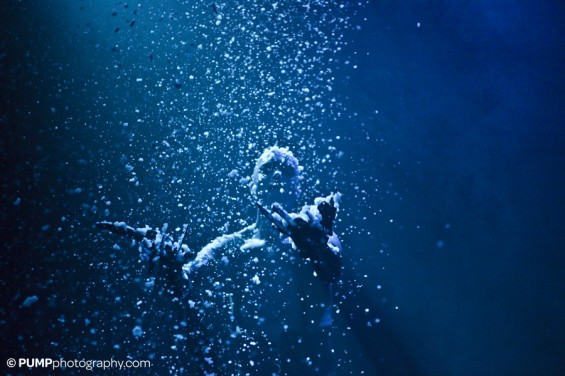 The entirely burlesque-free set is hosted by an engagingly improvisational Mister Joe Black, who copes with uncooperative performers, mysterious voices from behind the curtain and super-resilient fake snow with admirable aplomb and enthusiastic vulgarity. His unscheduled rendition of Dogging is a definite highlight as was the spirited rendition of If you leave me, I’ll kill you that closed the first half. That said, the running soundtrack performed by Tankus the Henge’s Jaz Delorean was gorgeous, often moving and ranges from solo versions of Tankus songs to a slow, atmospheric version of Talk About the Weather as fabulous contortionist Jackie Le bent herself implausibly around a suspended ring.

Displaying seemingly unfeasible physical agility, both Jackie Le and rope artist Loz Zol are quietly mindblowing. (Quietly, because the audience remain stubbornly and inexplicably silent even when a demonic Loz walks down a vertical rope, or Jackie flings herself through a hoop with a single arm.) Possibly excessive hazer intervenes – the only possible criticism of a sound/light team otherwise responsible for the surreal beauty of mime Ungewinster’s Kraftwerk-esque light show and vaudeville artist Mr Pustra’s folorn, snowy love affair with a black balloon.

With commendable dedication and an implausible amount of glitter, Flying Fleas Productions have evidently done their best to undermine the formality of the Pleasance’s standard theatre layout. A
miniature bar in the corner of the space sported feathers, exotic fruits and an equally exotic gold-dusted barman in a charming (and thematically appropriate) miniature top hat, whilst the space at the front of the stage is devoted to circular tables used to full effect by a fairly interactive line-up. 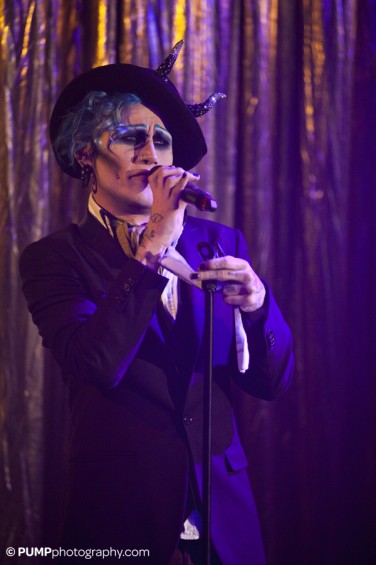 Magician Guilliaume Pige, with his careful highlighting of misdirection, precedes his tricks with an audience participation routine successful enough to get the inhabitants of neighbouring tables not only talking but sharing champagne. A house only two-thirds full actually enables the performers to make maximum use of the auditorium; Messrs Black and Pige take this opportunity to venture out into the furthest reaches of the tiered seating to reprimand or serenade recalcitrant viewers.

In fact, for all the successful performances – and Mr Pustra’s unexpected queering of the Dresden Dolls’ Missed Me – consistent efforts made to engage the audience were one of the best features of the night. That an initially trepidatory atmosphere was transformed into raucous enthusiasm was not entirely the result of the champagne. Whilst the show may not be the slickest cabaret night I’ve ever attended, there was an enjoyably anarchic energy and informality that more than made up for any lack of polish.