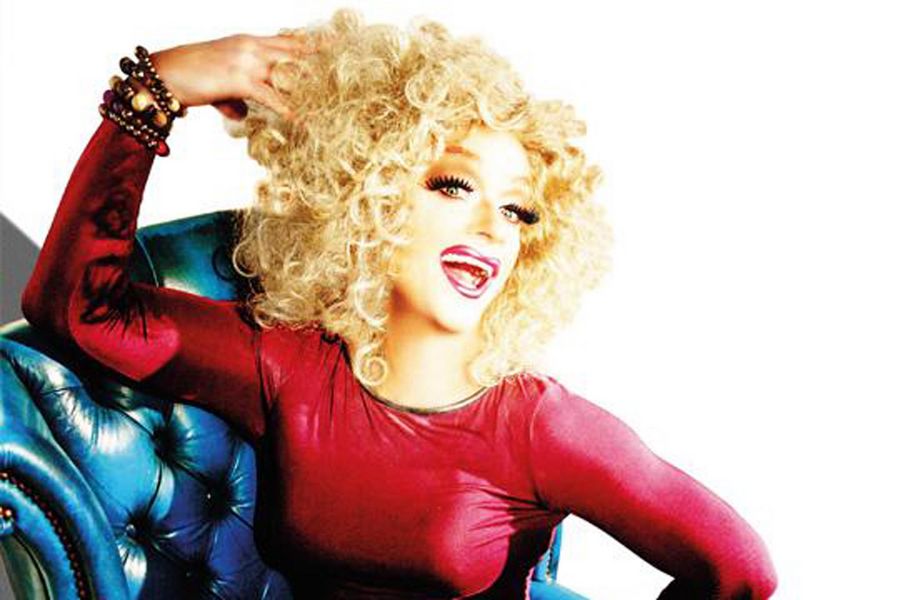 High Heels in Low Places is a stand-up comedy about Dublin drag superstar Panti and her life after what the affair which became known as “Pantigate”. The media tumult around the subject of Irish homophobia shook the nation in January 2014 after the performer (as her alter ego Rory O’Neill) was asked to appear on an Irish talk show. Amongst other subjects, she was asked about same-sex marriage and she named a few of its opponents. She went on to suggest that they and anyone else who wanted to stop homosexuals having the same rights as heterosexuals were, in effect, homophobic.

This opened the gates of hell. The TV company was accused by the “homophobes” of defamation and its response was little short of shameful, effectively kowtowing to their concerns with apologies and sizeable payouts and by censoring O’Neill’s words from their online archive. The outcry was heard all over Ireland and as far as the EU’s debating chamber. Alongside Eurovision winner Conchita Wurst, Panti was truly one of the outstanding gay icons of 2014.

The real kicker was not this kerfuffle, though. O’Neill was invited back by the TV company for another discussion and, having had his fingers burnt by his last appearance, instead took to the stage of a local theatre as Panti to put across a particularly personal perspective.

Well, Panti, tell us what you really think. As Panti’s supporters grew in number, she has found herself becoming what she calls a “National Fucking Treasure”, possibly as a nod to Quentin Crisp who in his seminal novel The Naked Civil Servant, called himself “one of the stately homos of England”. High Heels In Low Places, the spill-all account of Panti’s rise to fame and infamy, showcases an exquisite brand of humour that is witty, heartfelt, hyperreal and occasionally crude.

Panti’s show covers many bases with witty stories, gags aplenty and the occasional forays into socio-political commentary. There’s an almost voyeuristic glimpse into Pantigate from the perspective of the person who both caused the storm and lived within its eye. A story about her encounter with Madonna is filled with a slew of well-appreciated gay references. She also covers the hot topics of gender and sexual identity appeal with insight and wit before delving into a tale about her TV transformation.

A high point of Panti’s show is how she exemplifies how the personal is always political, but executes it with just the right amount of sass and humour to stop it being patronising. This is particularly true in the fabulous episode on what drag means to her. Differentiating herself from “female impersonators”, Panti explains why drag is not a misogynistic parody of woman but a body politic challenging established norms of femininity and masculinity.

Talking about AIDS, Panti recalls the time when she first learnt she is HIV+ and how it felt like the end of the world. But 20 years later, thanks to medical advancement she’s still standing and fierce as ever. Pairing that with a story arc on her raucous sexual adventures, she manages to say the unsayable with a light-hearted approach.

If it wasn’t obvious from the speech above, Panti is something quite special as an orator. On top of talking about her riotous and almost surreal adventures, some of the funniest moments of the evening are her run-on jokes, where she takes one joke apart with much precision and articulation, all in one breath. The show is also blessed with her random but ingenious one-liners, such as her possibly inappropriate remark on how “AIDS is like Kylie Minogue. At first only the gays get her, now everyone gets her!”

Panti Bliss is many things. She is a drag queen, an accidental activist, a feminist and, verily, a “national fucking treasure” that every Irishman and woman should be proud to include amongst their number. Most importantly, she’s a fearless survivor who has lived through the plethora of ridiculous incidents she regales in this hugely entertaining and remarkable show.