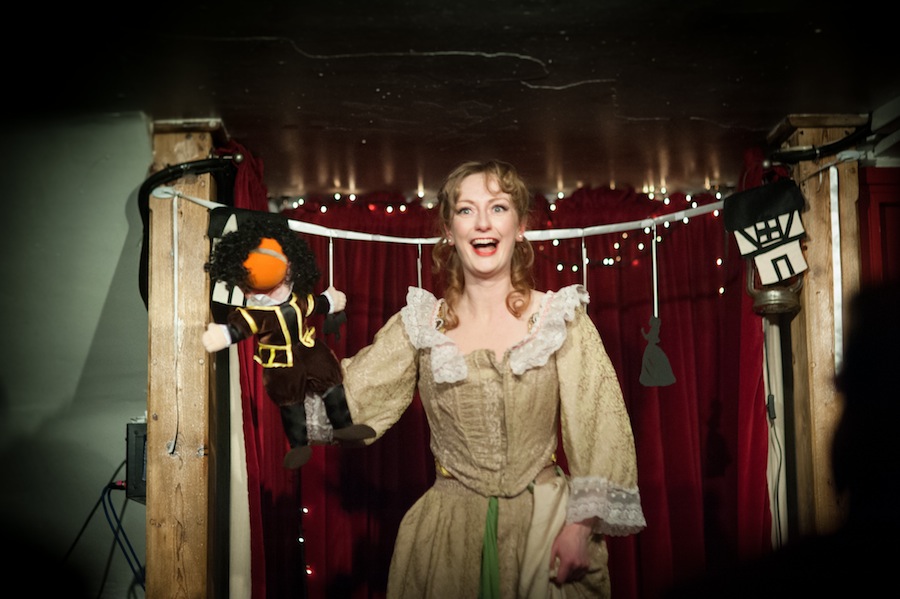 Nell Gwynn is not only one of history’s most famous red-heads, she is also an icon of 17th Century feminism, as this history reveals.

Appropriately enough for the burlesque star ‘who just can’t stop talking’, Ginger Blush has created a full-length theatrical show where she plays all the parts.  But don’t worry, we in the audience get our moments to join in too.

With astute direction from Richard Poynton, the jauntily wry Ms. Blush takes us on a fascinating tour of theatrical history, burlesque secrets, and autobiography as she brings Gwynn’s story to life.  There are handmade props, poetic interludes, and several varieties of striptease as we’re guided through 17th Century London via the eyes and lips of its denizens.

Elements of pop culture and current events thrust through the well-spoken narrative, giving easy and amusing contemporary reference points to the action of 350 years ago.  The text is also enlivened by Blush’s characterful interpretations of historical figures and inventive stagecraft.

The theatrical form of the Performance Lecture has been around for a while, and there has been something of a trend recently amongst circus artists to shape their material as a demonstration and demystification of their practise.  This, however, is the first time  I’ve seen something similar done via a burlesque medium.

Our engagement is fueled by the goody-bags we receive on entering the studio theatre from a (male) vendor with his old-fashioned wicker basket, filled with items to be used over the course of the show.  I don’t get to shout “Bingo” against my historical facts card, but I do feel I’ve won an entertaining, original and educational night out.