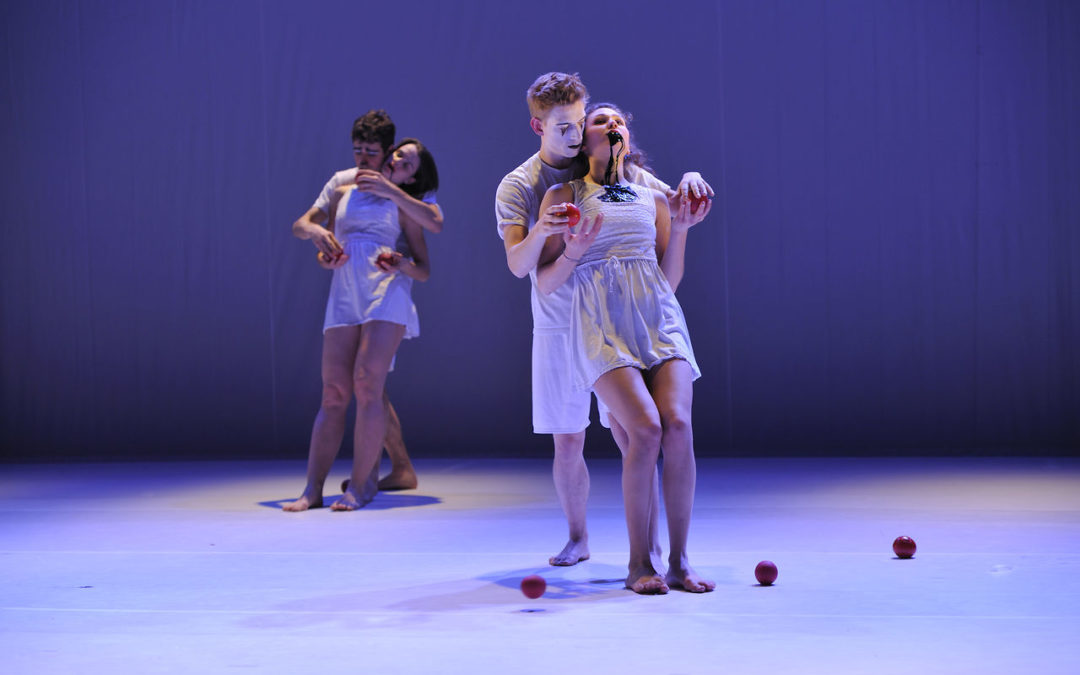 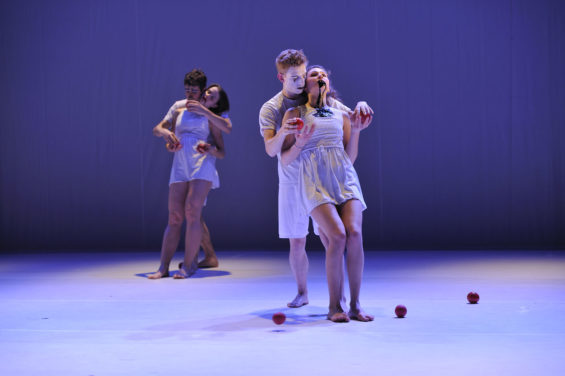 Gandini Juggling will return later this summer at the Udderbelly.

I blame Cirque du Soleil.  Ever since they invented the glossy noisy empty brand that repackages hapless East European balancing acts into an £80-a-ticket oversell it has no longer been acceptable merely to don a pair of spangly tights to dance without a net upon the wire or toss a few Indian clubs around the sawdust ring.  You have to have bonkers costumes, ear-bleeding abstract sound and pyrotechnics.

I also blame overwritten press releases where everything is “the famous” or “award winning” to junk you into an Emperor’s Clothes guilt trip for not having heard of the feature being hyped. Although this one gets a special award for namechecking the “EU-funded cross-border cooperation programme of the European Regional Development Fund for the Contemporary circus project”.  I just wanted to quote Siobhan Sharpe from Twenty Twelve or W1A and go “so that’s a thing, right?”

The fact the show is called CLØWNS AND QUEENS with the Scandinavian monophthongal close-mid front rounded vowel Ø is evidence of the degree of irrelevant pretention, so the combination of artificially raised expectation and a natural resistance to hype meant I was genuinely open minded in looking forward to an unusual theatrical experience.

First thing to say is the space is impressive.  The team at Shoreditch Town Hall deserve nothing but praise for what they’ve done with the building and how they’re trying to give the area a cultural as well as a hipster edge.  Pity tickets for performances don’t also get you in to the pretty bar attached to its ground-floor destination restaurant The Clove Club, but we were shepherded nicely enough upstairs to a more institutional one that doesn’t allow drink in the auditorium even in plastic.  Not the way to develop a fringe venue, chaps.

Trouble is, numerical juggling is officially limited to four activities: clubs, balls, rings and bouncing balls. Gandini spice it up as best they can by performers lying down, reclining on light boxes, and plenty of reversed hand movements known in the trade as “claw catches” which turn the standard three-ball “vanilla siteswap” into something more visually exciting like a manoeuvre named “Rubenstein’s Revenge” but the technical skill is still measured by the number of dropped catches (2 in this show) and the numbers of people and objects involved.  Their best routine is one of the simplest, the cross-stage cascade of rings involving all the troupe.

Costumes by Gemma Banks and lighting are purely gorgeous and the clean white mat laid in the vast space of Shoreditch’s old Assembly Hall – a new configuration for the venue – focuses attention brilliantly although the vaulted ceiling and ornate decorations maintain a chilling shadowy presence.  The music, if a bit of a predictable blend of opera, cinema score, rock and musique concrète, is clear and well matched to the movement.

The sexual overtones of the show come right from the start with a circular parade of performers holding brightly coloured furry penises. This seemed a little juvenile but the later nudity and sadomasochistic whipping of a naked male juggler with women’s underwear was distinctly more adult, if not necessarily more entertaining: much of the audience seemed bemused.

Nudity and contorted performance have long been closely related: from the naked court dancers of Middle Kingdom Egypt to the Thai bars where women produce strings of flags of emergent nations from their orifices – but although Gandini’s show is “dressed” in the measured and elongated balletic movements of Pina Bausch or, this time, more Mark Morris it’s debatable whether fans of contemporary dance would find it any more enjoyable than circus purists.

Want to know more from Circusfest 2014? Read our guide to all the events at the Roundhouse and other venues.