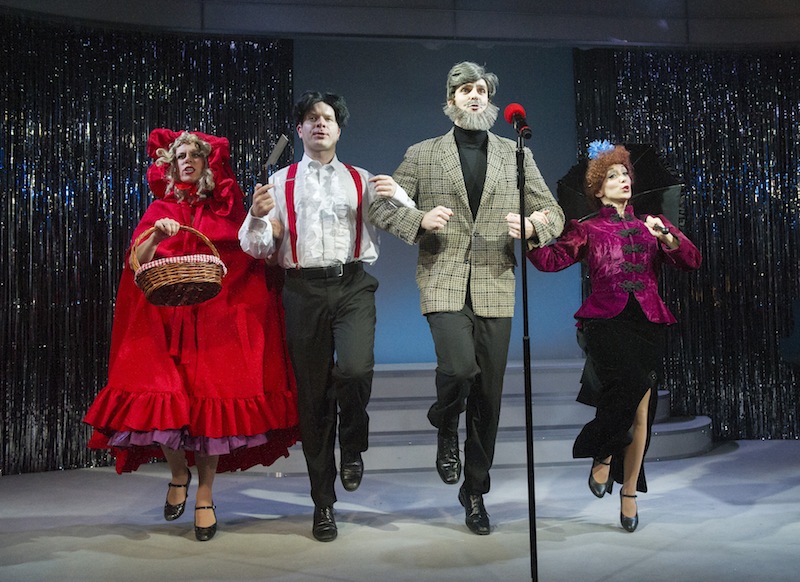 Forbidden Broadway has extended its stay in the West End, but what’s Broadway to a Londoner?  We find out how the New York smash goes down with the locals… 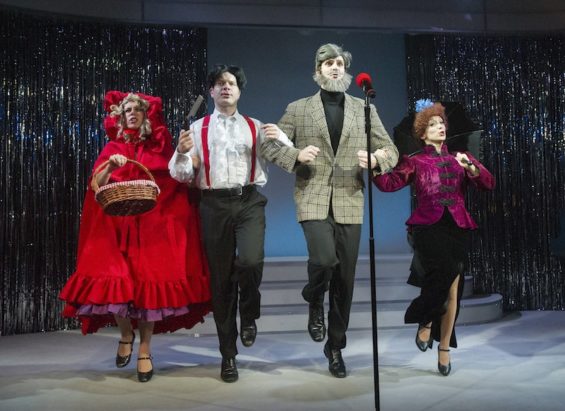 The beauty of the revue format Gerard Alessandrini created for Forbidden Broadway is that material can constantly be updated to remain fresh.  It’s hard to believe that the pithy, perfectly pointed show is as old as I am.  The premise is simple – the biggest and brightest stars of the musical theatre world are pastiched and parodied with glorious irreverence.  Forbidden Broadway pokes fun at everyone from the producers to performers, from songwriters to the shows themselves.

It’s a show for anyone who’s ever sung along to the Elaine Paige theme tune on Radio 2 (the diminutive songstress even gets her own appearance, played by Laura Tebbutt who understudies Christina Bianco‘s roles this evening).  Each song is a reworded version of a musical theatre number or medley, complete with polyphonies, harmonies and costuming, but even if the tune isn’t familiar the wry lyrics and vibrant performances keep the theatre buzzing with laughter. By the end of the show I’m exhausted from having laughed so much.

The Tony Award winning Forbidden Broadway brand is so strong that it would have been sad to see it renamed for the West End.  Luckily, the material has been revised to reflect the UK scene, showcasing the best of the worst from recent hits like Matilda, The Book Of Mormon, and Jersey Boys as well as the great classics such as Phantom of The Opera and Les Miserables.

As you may expect from a show that usually bills Bianco there are plenty of impressions to be had here, including two immediately recognisable Idina Menzels, one each from Tebbutt and firecracker Anna Jane Casey.  Ben Lewis becomes Aussie heartthrob Hugh Jackman, full of his own star quality, and Damian Humbley gives us a “somewhat overindulgent” Mandy Patinkin.

The whole cast are superb, but Humbley steals the show this evening, transforming wholeheartedly for every role from mickey-mouse encrusted Rafiki (The Lion King) to potato-loving leprechaun piper (Once).  Another highlight is the appearance of a “revolving stage” for the cast of Les Mis.  The downsides to working on these productions are satirised with such glee that it’s no suprise to read the programme notes and discover that cast members will often be mined for direct inspiration after having worked on any of the shows in question.

The simple staging of 80s gameshow glitz is smart enough to add a tongue-in-cheek elegance to the proceedings without ever distracting from the four singing stars and accompanying musical director Joel Fram on piano.  The first half gives us a hilarious trip through a West End What’s On guide, and the second concentrates more on individual impersonations and political comment on the state of musical theatre today.

But then Forbidden Broadway has been telling us that the industry’s broken since 1982.  I think they both still have a long and glorious future together.