Review: Christina Bianco’s Party of One 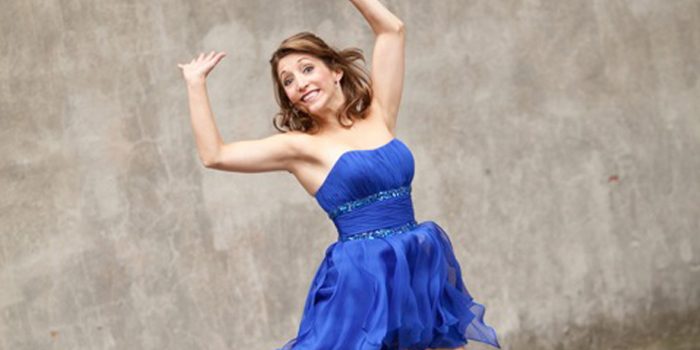 Oooh, Christina Bianco, aren’t you a fierce little bundle of talent? Afflicted, in her own words, with an ability and an enthusiasm to sing almost any style of music from a very young age, she’s blossomed into an entertainer whose capability is both formidable, and defeating of any pigeon holes.

Her voice is certainly the equal of any of the Disney princesses she can emulate, from Adriana Caselotti (Snow White) to Idina Menzel (Elsa from Frozen) but Frozen is both her celebration and perhaps her chains since she’s now best known for a 5-million-hits YouTube recording of Let It Go in which she copied the vocal styles of nineteen divas. A version of it appears as her encore.

As an impressionist, she seems almost too accurate to be totally hilarious. Everyone who does Shirley Bassey or Liza Minelli resorts to the same parodies, even Liza these days sends herself up for want of the lung power to do much else – and a squeakily excited Kristin Chenoweth or an over-enunciated Dame Julie are pretty soft targets but there’s a less rich seam of comic exaggeration to be mined from Norah Jones, Natalie Merchant or Zooey Deschanel.

Some of the multiple-impersonation numbers have to be punctuated with announcements of who she’s doing next, since their obscurity even defeated two Grenache-fuelled tables of younger gay men who applauded every single one despite clearly not having a clue about Iggy Azalea or Yma Sumac in the wearyingly predictable “A to Z” of impressions where she pretends to puzzle over which celebrity to do next, but since they’re all on the pre-recorded backing track there’s not what you might call dramatic tension.

Her British selections are quite strange: Jane Horrocks doing Bubble recalls ten-year-old AbFab episodes, and Katherine Parkinson (Doc Martin’s receptionist and stalwart of The IT Crowd) is a pretty recherché choice. She has a go at Cheryl (Cole) Fernandez-Versini but Cheryl’s uniquely deconstructed Geordie gobshite demands a clever script as well as mangled vowels, while Miranda Hart sounds more like Meryl doing Maggie in The Iron Lady.

Bianco’s American career was built on her success in the New York production of Forbidden Broadway and when she reprises its back catalogue, she’s working with sharper lyrics and a punchier script. She’s also working with her husband, Billy Ernst, and their Mandy Patinkin/Bernadette Peters Evita duet A New Argentina is brisk, classy and polished. It’s good news that she’s about to replace Sophie-Louise Dann in the London lineup as it transfers from the Menier to the Vaudeville.

But this is so much more than an impressionist show, as Bianco interweaves stories from her childhood and early stage work she casually reveals her finest stuff, when singing more or less straight as she segues neatly from Snow White into Stevie Nicks or breathes fresh life into Sondheim’s Anyone Can Whistle. Slowing down When You Wish Upon A Star to torch speed engages both her and her audience with its lyric. Please be yourself, Christina, and sing us a lot more like this.

Despite being billed as “Party of One”, Bianco is abetted by Joe Louis Robinson, a pianist and musical director named after two world champion boxers but flagrantly resembling neither: he is an expert technician on the keys but threatens to upstage Bianco with more eye makeup and thrusting shoulder action in her big numbers. One to watch. Or, possibly, slap.