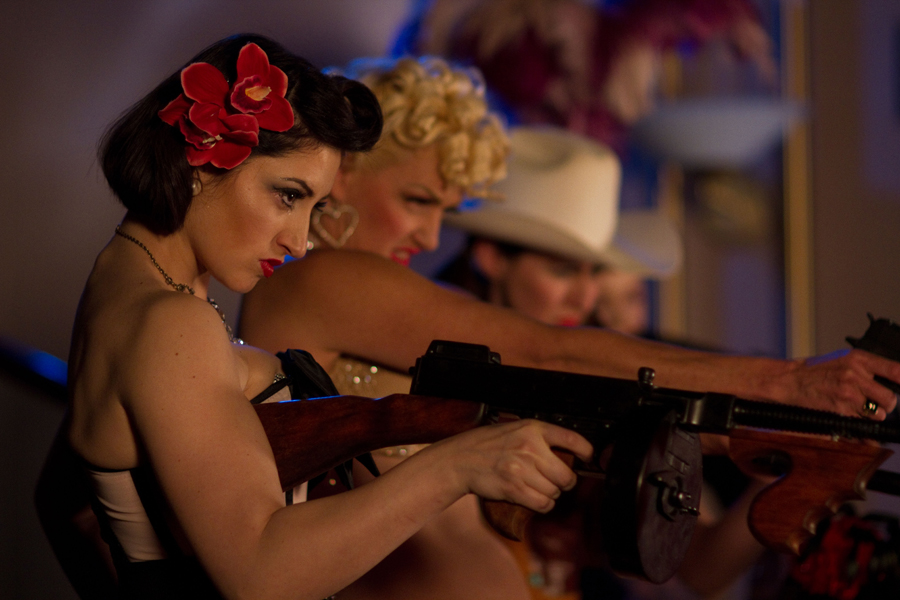 The Cold War was never this hot. Canadian director Jonathan Joffe’s debut feature The Burlesque Assassins deploys pasties, parachutes and pastiche in a preposterous rollercoaster ride of action-packed espionage satire. With a select contingent of international bump-and-grinders in the cast, the film is unsurprisingly rife with inappropriate humour and tongue-in-cheek sensuality. 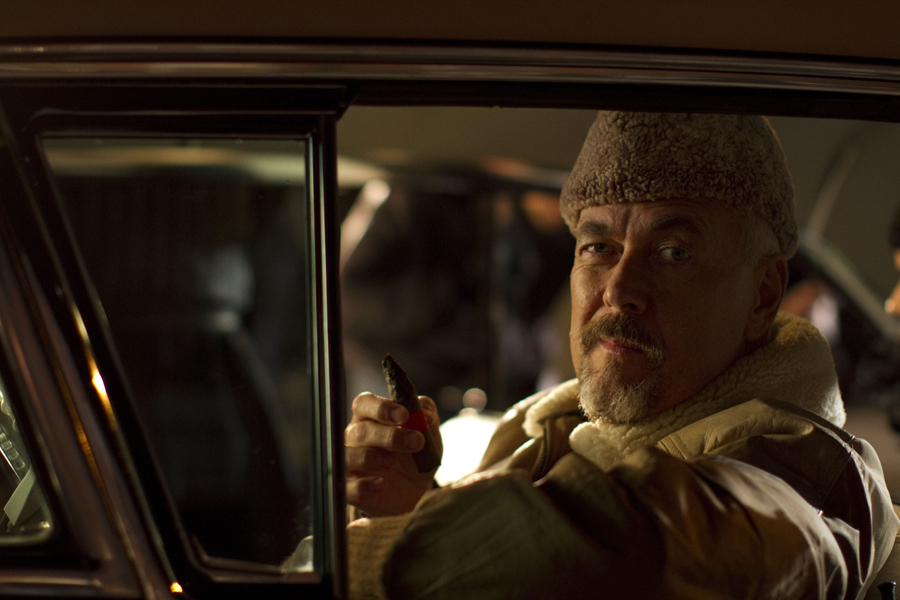 Canadian aerialist Roxi D’Lite stars as Bourbon Sue, the newest recruit in the paramilitary team of sultry hitwomen of the title. When Stalin, Benito Mussolini Jr. and a clone of Hitler activate a nuclear device to blow up Manhattan, the belle quickly finds herself in a collective plot to track the dictators in a burlesque club, seduce them and kill them. Presiding over the dangerous mission is the enigmatic, cigar-smoking agent Johnny Valentine, played with relentless swagger by Seattle comic and compère Armitage Shanks.

Much of the action takes place in that club. A series of real-life burlesquers perform actual numbers from their live shows, either as sexy ruses to remove their targets from public view, or as distractions to cover up the team’s assassination attempts backstage. The ensuing mayhem soon turns into a cascade of cheesy one-liners, macaronic accents and deadly stage props. Cameos include Italian dancer Scarlett Martini and Miss Exotic World 2002 Kitten de Ville, in addition to Swiss temptress Koko la Douce and England’s own Kiki Kaboom, who round up the deadly quartet. 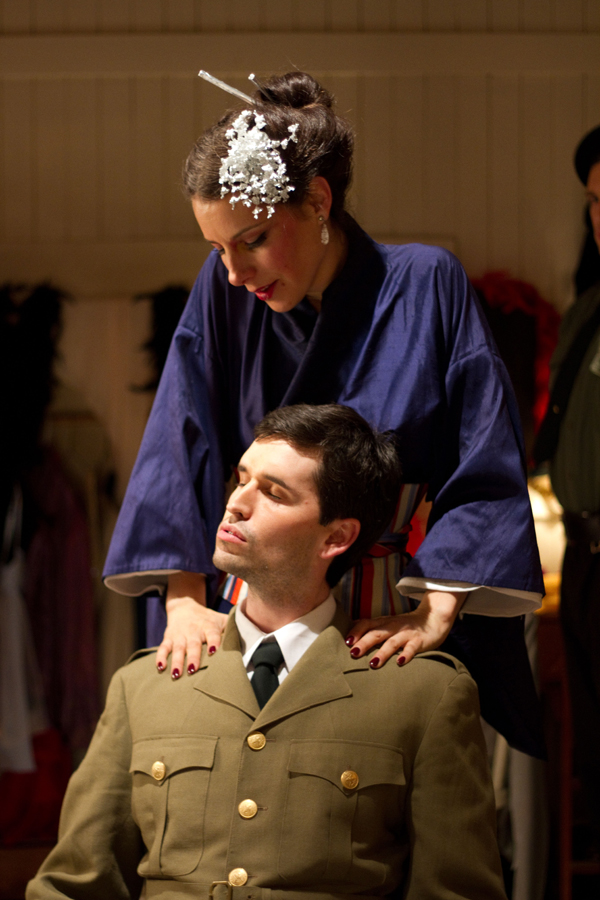 Parts of the film shift indecisively between all-out slapstick and deadpan farce, like the team’s lengthy efforts to hide evidences of their killings in the club’s dressing room. At such times, much of the dialogue becomes predictable and tame. Other scenes radiate ingenious political incorrectness, as when Kiki Kaboom entrances the new Führer with Anglo-Yiddish standard Bei Mir Bistu Shein. The only singing burlesquer in the film, she tackles the classic with graceful, mellifluous crooning.

In an innovative release strategy, The Burlesque Assassins is bypassing distributors entirely. Instead of movie theatres, the film has secured dozens of international screenings at variety venues, mobilising the tightly-knit community of burlesque fans and performers in America, Europe and Australia. The London première was no exception, taking place at the cabaret hallowed ground of the Bethnal Green Working Men’s Club. Hosted by Ophelia Bitz with Kiki Kaboom and several local artists in attendance, the event started with a selection of shorts by Frisky and Mannish, Boris and Sergey, Meow Meow and other celebrated vaudevillians, with an introduction by Ben Walters, journalist and host of multimedia performance showcase Burn.

The blatant giddiness and facetious self-awareness of The Burlesque Assassins makes it a rare beast in the celluloid canon of bump-and-grinding. Rather than a film about burlesque, it is a burlesque film. Until a DVD or VOD release is confirmed, though, viewers eager for a glimpse of the exotic specimen will need to chase it along its many screenings around the world. Keep an eye on your local scene and another on these lethal ladies, who may be coming for you before you know it. 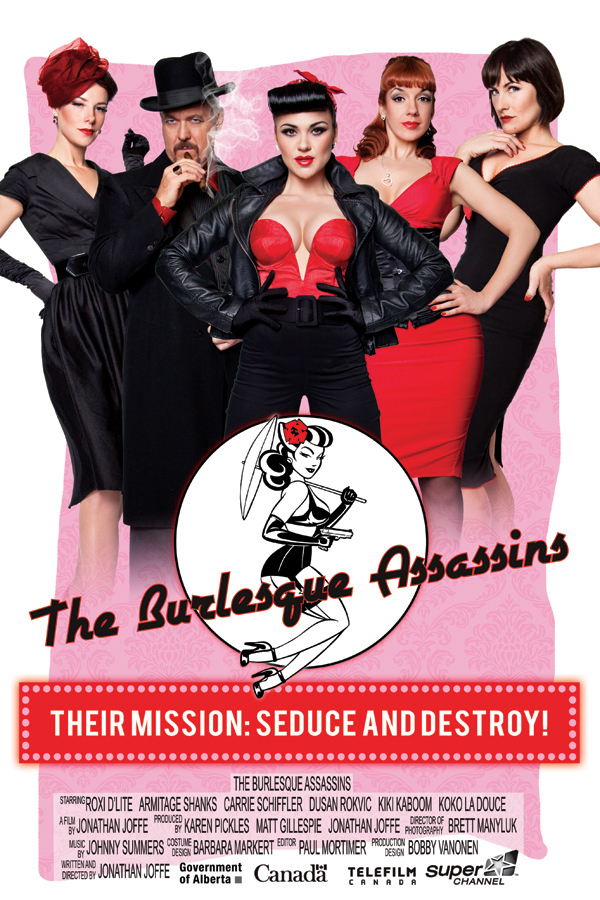 Singing, acting, shimmying and shaking is not enough: Kiki Kaboom also does her own stunts. Read all about the glamour, the drama and the narrowly averted onset injuries in Franco Milazzo’s interview with the burlesque artist.