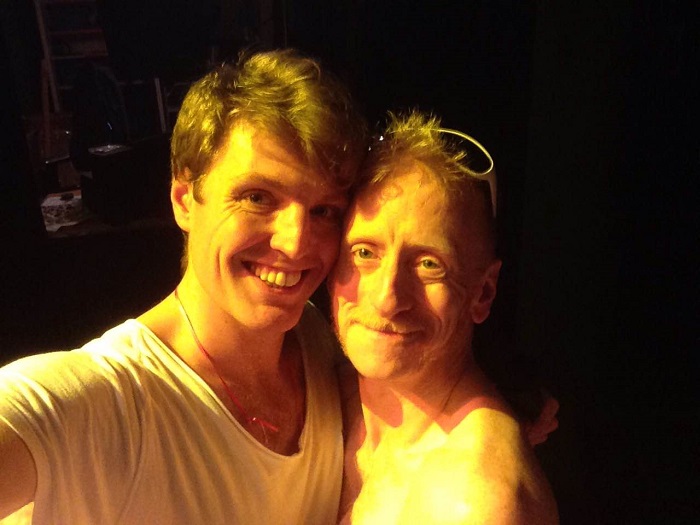 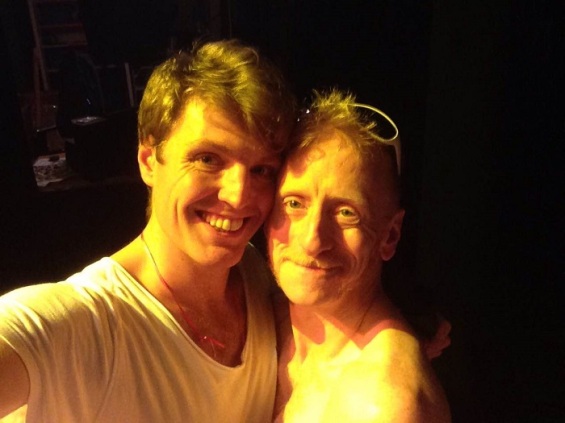 Reuben Kaye with Tigger!, the New York-based “Godfather of Neo-Boylesque”

Producer and compere Reuben Kaye is one of the brightest spots on the London circuit (not least because of his acclaimed new show Cabaret des Distractions) but he has many admirers outside the capital. Last week saw him in Berlin but now he is off to the land of Abba, opera and Ikea for the Stockholm International Burlesque Festival. For This Is Cabaret, he has kindly (and exclusively) offered to share his thoughts with us. Part One of his diary can be read here.

I made it! Made it to Tegel Airport in Berlin. And as I exit the bus in triumph I promptly smack into the side mirror of the bus with enough force to possibly qualify as a vivisection. I look up from the floor to see someone look at me and mumble something like “well, he’s British.” before walking off. I check for signs of concussion, brain damage and stroke (my father’s hypochondria alive and well within me) before heading into Tegel.

By some miracle my flight is delayed and I’m allowed to head in and check my luggage. At this point I start to think about my luggage. Did I weigh it? What’s in it. It stares back at me, a looming black monolith of menace. I try and lift it and promptly rupture something. It is definitely over the Scandinavian Airlines limit of 23kg. How much do those f@cking sequins weigh? Damn my magpie eyes.

The rail thin homosexual at the check in desk is waving me over to him. Either that or he’s vogueing. I won’t say he’s had plastic surgery but his lips weigh more than the rest of him put together. It looks like he just went down on an entire hive of bees.

He struggles to talk through his lips which appear to be making a break for freedom and I gingerly place my suitcase on the luggage scale. The numbers fly past like a speedometer. 27 kg. I’m looking at about €100 to get that through but by some miracle my new best friend WristFlappen von Lippenplumpen ignores it, looks me in the eye and winks! Either that or he’s had a small stroke. I wink/have a stroke back, smile in what I hope is equal parts conspiratorial/desperate (which is basically how my love life goes) and head to security, the lounge and finally breakfast. It is 9:30am. Time to start going through the running order for tonight’s show, The Opening Night of the Stockholm Burlesque Festival!

Watch this space for Part Three…