UPDATED: One Impressionist And 19 Different Divas Take On “Total Eclipse Of The Heart” 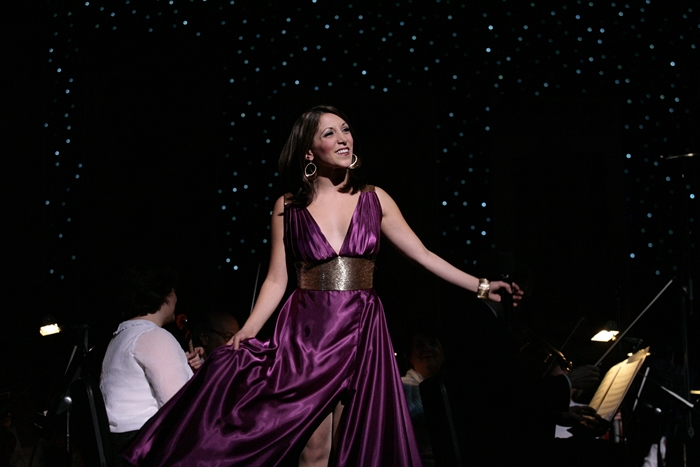 Every now and then, we get a little bit excited over what our American cabaret cousins are up to.

When the Oak Room at Algonquin Hotel closed last after  being accused by its landlords of being “a bawdy joint with ‘raucous and/or vulgar’ behaviour, drug taking and saucy burlesque dancers“, it was a bitter blow to the stultifying New York cabaret scene.

Thankfully, new venue 54 Below arrived not long after to take up the slack with a quality line-up including stars of TV, musicals and comedy. Recent months have seen Bryan Batt (Mad Men), Sierra  Boggess (Love Never Dies)  and Tim Minchin (er, Tim Minchin) take to the stage in the basement of famed nightclub Studio 54.

It is not just the banner names that have caused a stir. A few days ago, Christina Bianco was filmed singing classic Bonnie Tyler track A Total Eclipse Of The Heart. Nothing new here, you may think: cabaret artistes like Trixie and the Dirty Hate Monkey (regulars at the Big Apple’s own branch of The Box) have used the tune for years. Bianco’s version, though, is a multi-personality marvel referencing a deluge of divas from Celine Dion to Julie Andrews and Adele. Enjoy.

If you liked that, feel free to add to the million-plus views of her show reel or see her in person at her upcoming London show at the Hippodrome Casino on 6 and 7 September where she will be joined by two stars of musical theatre. On the first evening, she will be joined by Kerry Ellis who appeared on BBC talent contest The Voice and on the next night by Anna-Jane Casey, who didn’t.