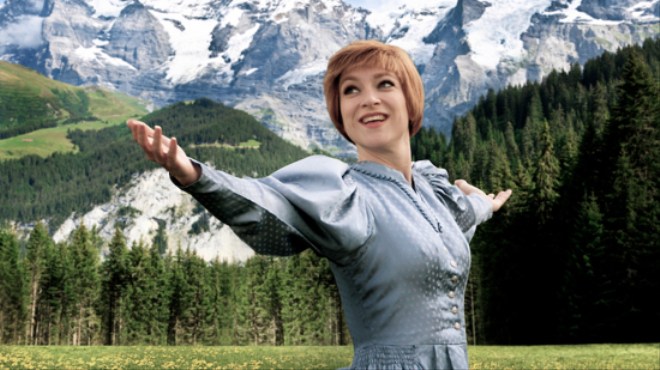 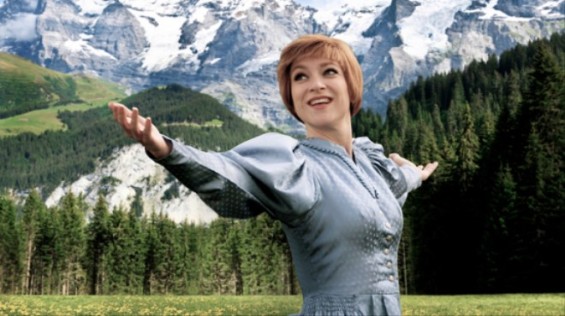 A disclaimer: I have been obsessed with Julie Andrews since seeing The Sound of Music at the age of six. She is my raison d’être as a singer, so I needed to make readers aware that this review comes via Julie-tinted glasses. It’s highly likely that many of the audience for tonight’s Julie Andrews-themed show feel the same; there are probably a lot of hardcore Julie fans in the house, as well as onstage. Sarah-Louise Young doesn’t disappoint them.

In recent years, Sarah-Louise Young has been travelling the globe as under the guise of the “Cabaret Whore”. This composite identity was made up of a number of revolving and evolving cast of character comedy creations,  including (amongst others) the angst-ridden angel of existentialism La Poule Plombee and the sex-crazed  Sammy Mavis Junior. Her latest show, in collaboration with musical director Michael Roulston, is a decided dog-leg moving as she does from fictional subjects to one still very much amongst the living.

Julie Madly Deeply isn’t a tribute act. As Young says at the top of the show, “no-one can sing like Julie Andrews”. It is instead a personal love letter to a hugely talented performer, delivered with true affection. Using songs from Andrews’ famed musicals and films, supported beautifully by Roulston at the piano, Young tells the fascinating story of Andrews’ life and rise to fame. Hilarious comedy anecdotes link the songs together, with Young morphing into a range of characters from Andrews’ past. The show also includes Young’s own personal responses to Julie’s stage and screen works, all delivered with a sweet self-effacing grace that stops it from becoming too sentimental. An audience sing-along Sound of Music medley at the end of the show allows the crowd to finally release their inner Julie, which I for one was itching to do from the very beginning.

Young’s passion and joy for her subject is infectious. She’ll melt the hearts of any cynics or Julie Andrews virgins with this wonderful show.

You can see Julie Madly Deeply at the Edinburgh Fringe until 26 August at the Gilded Balloon Teviot. More information here.