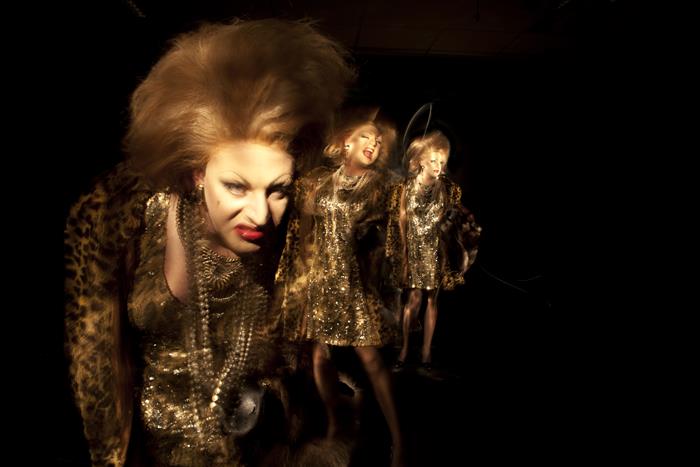 Fresh from hosting the London Cabaret Awards, Rotherham’s favourite daughter steps up to the mike for her new single. 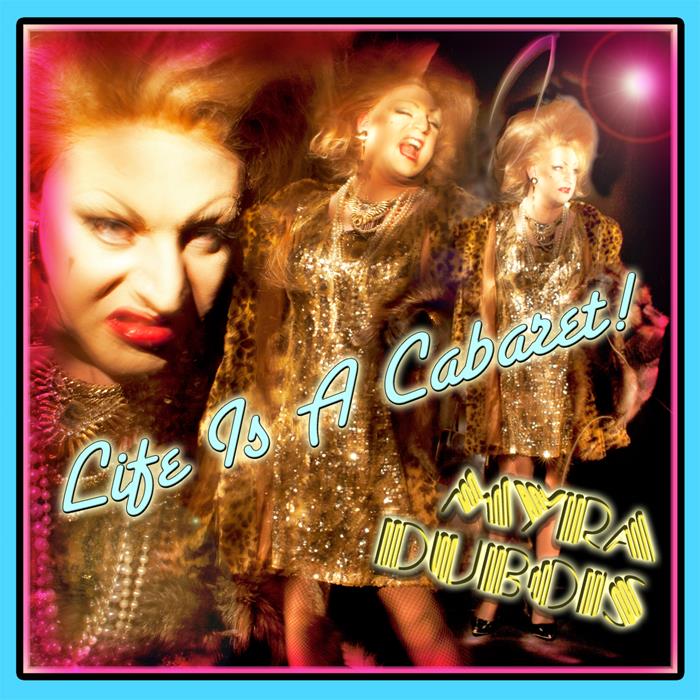 The single is officially launched this Saturday.

What we would have given to see the acerbic Myra DuBois host the dullest of dull-arse Brits last week. The ex-barmaid from somewhere north of the Watford Gap has risen through the ranks of the capital’s crowded entertainment industry and is still on her way up. In December, we unleashed on the world her alternative Christmas message, earlier this month she hosted the London cabaret scene’s annual awards and now she threatens the chart with her take on most classic of Kander & Ebb classics. At this rate, she’ll be running for Parliament next year alongside fellow RVT favourite Amy Lamé.

We took the opportunity to speak to her this week before she becomes too famous to give us the time of day. Here’s what she said.

What inspired you to release a single? Sheer ego, a chance to improve the charts or something else?
The chance to make money. Oh, people will have you think there’s no money to be made in making music anymore but of course they are speaking about their music. We’ve got a surefire hit on our hands (#myrashitsingle). I’ve made the effort to make it a success though: I’ve recorded in a relevant genre that the hip kids will just love – DISCO!
Who can we praise/blame for the arrangement?
Michael Roulston. The venereal disease of the cabaret scene, we’ve all had to work with him at some point or another, haven’t we? I do think he’s done a terrific job though, both him and Laurence Owen who provided guitars, mixing and additional arrangement to the track. They’ve really put a new spin on an old classic.
We assume you’re a fan of Kander & Ebb musicals given the song choice. How deep does the K&E love go?
It wasn’t the work of K&E that appealed specifically although kudos on that narcotic joke you’re trying to force through there (not intentionally… – Ed). I enjoy both K and E. Very funny. No, the main appeal was the song itself, Cabaret. You’ll notice we’ve changed the title to a fuller Life is a Cabaret! That’s because I wanted to focus on the philosophy of the song, do you see? It’s too easy to look in the wrong places for fulfilment, and sometimes it gets in the way of us being happy. It’s all in the song. It’s philosophy to a disco beat!
What would you do to One Direction given the chance?
What’s “One Direction”? Is it like the Alpha Course? Sounds like it. I don’t know anyone who follows these kinds of religious sects so I couldn’t possibly comment.
How are you coping with all the new groupies?
Solo female recording artistes of a certain age don’t get groupies, we get gay men. I think they look to us for the approval their own mothers never provided, and quite frankly if they’re buying the records I’m happy to give it.
If the song had come out on a 45rpm or a CD single, what would you have recorded for the B-Side?
Probably an instrumental track I could put my name to but didn’t have to show up anywhere to record. We are planning the next one already though! Let me tease you with one word: Urban!
We’re sure you literally can’t wait for that brand new sound to drop. In the meantime, though,  you can join la DuBois this Saturday at the Retro Bar as she launches her single chartward.