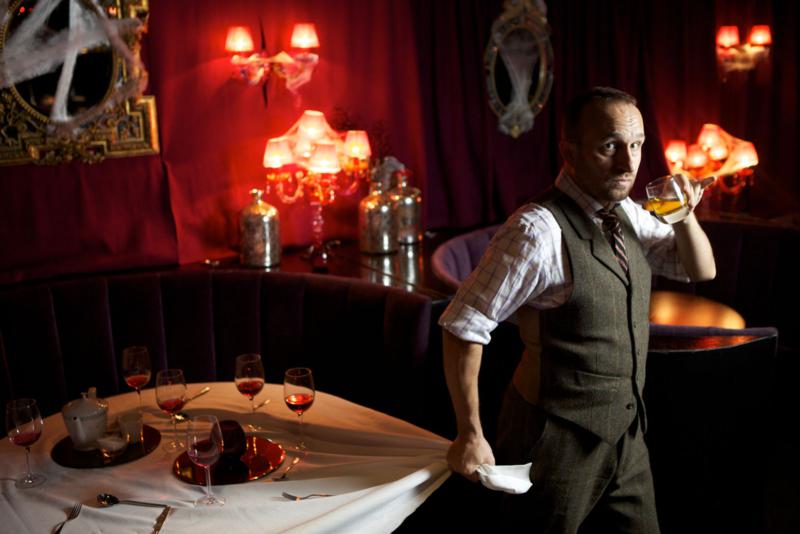 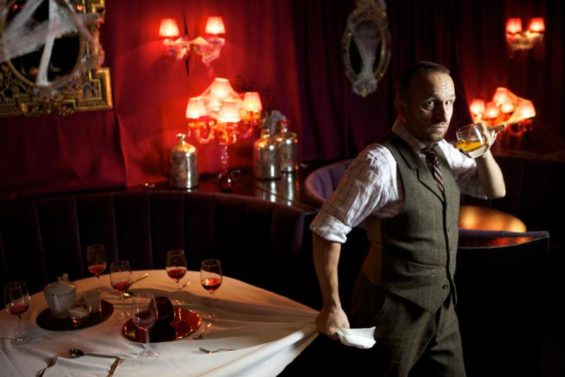 From Covent Garden to Leicester Square: the ex-street performer comes in from the cold with his own show.

Debuting last year at the Bethnal Green Working Men’s Club, the show from gentleman juggler Mat Ricardo has retained its winning format as it moves to the Leicester Square Theatre.

Ever month, Ricardo showcases a mixed bill of quality cabaret performers throws in some audience interaction and adds a talk show element. Held together by his renowned charisma, the evening is a widely entertaining one.

Ricardo opens the show with some juggling. A sharply dressed performer, he throws in some cheeky three ball tricks before announcing the latest of his monthly challenges: juggling a cannonball, or more accurately, a bowling ball (well one has to live within their time). Before getting to it, he shows a video of himself training at a gym to build up the necessary strength. Whilst the idea of mixing media and showing videos between acts is a seductive one, in practice it feels unnecessary and doesn’t add much to the overall night.

The evening’s live acts offer a blend of music, magic and comedy. First act Elliot Mason is a talented young singer who knows how to draw in an audience. His absurd songs produce instant laughter as his face twists and contorts in rhythm with the music. Some lines particularly stand out, for example the memorable “I’d kick a penguin in the beak”.

However, whilst Mason is certainly talented as a performer and proficient in the way he plays with the crowd, there is little apparent depth to his numbers. Though his repertoire  consists of comedy songs, this shouldn’t mean that it cannot reflect on something more profound. Mason is a singer you’ll appreciate during his performance but he might not stay with you for long afterwards.

Extraordinary magician Peter Wardell on the other hand has an act that will linger and lurk in that weird corner of your brain for some time. Half jaded-half crazy, Wardell is the only man to have won awards for best close-up magician and best stage magician from the Magic Circle. It’s easy to see why: Wardell confuses the audience with his tricks and great agility but what seems to get the crowd going is more the magician himself than his tricks. He is a strange and unexpected man who manages to perform magic while removing himself in order to comment on its conventions. He is also, incidentally, utterly hilarious.

Every episode of London Varieties features a conversational episode where Ricardo interviews a performer or member of the entertainment world. This time it is the turn of Al Murray, the man behind the Perrier Award-winning persona The Pub Landlord. After spending no small amount of time talking about his stage and TV career to date, the Oxford-educated comedian reflects on his loutish creation. In comments that are ironic given what has gone before, he says that the Landlord is a necessary façade: “I’m amazed when comics come on and talk about their lives. You think: who cares?” Who indeed.

Ending the show is the cabaret sensation The Boy With Tape On His Face, a man who masters the art of getting members of the audience on stage and embarrassing them for the crowd’s absolute amusement. He embodies the idea that anything can make an act, as long as you can pull it off on stage. And he does. You don’t quite know what you’re looking at, but you keep looking. You don’t quite know what you’re laughing at, but you keep laughing as he creates wonderful little scenes so carefully imbricated that they only make sense suddenly and only when they’re complete.

Overall, this latest run is much the same as the last in that it is an uplifting, entertaining and diverse affair. The fun continues next month when Ricardo will be attempting to juggle three electric carving knives. As you do.

The next episode of Mat Ricardo’s London Varieties sees EastEnd Cabaret and Lisa Lottie performing while Paul Daniels is in the interview chair. More information here.

Ricardo will also be appearing in his one-man show on 22 June as part of this year’s Postcards Festival at Jacksons Lane.