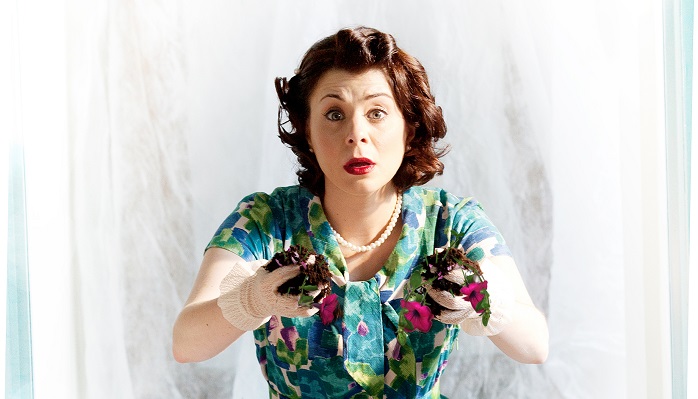 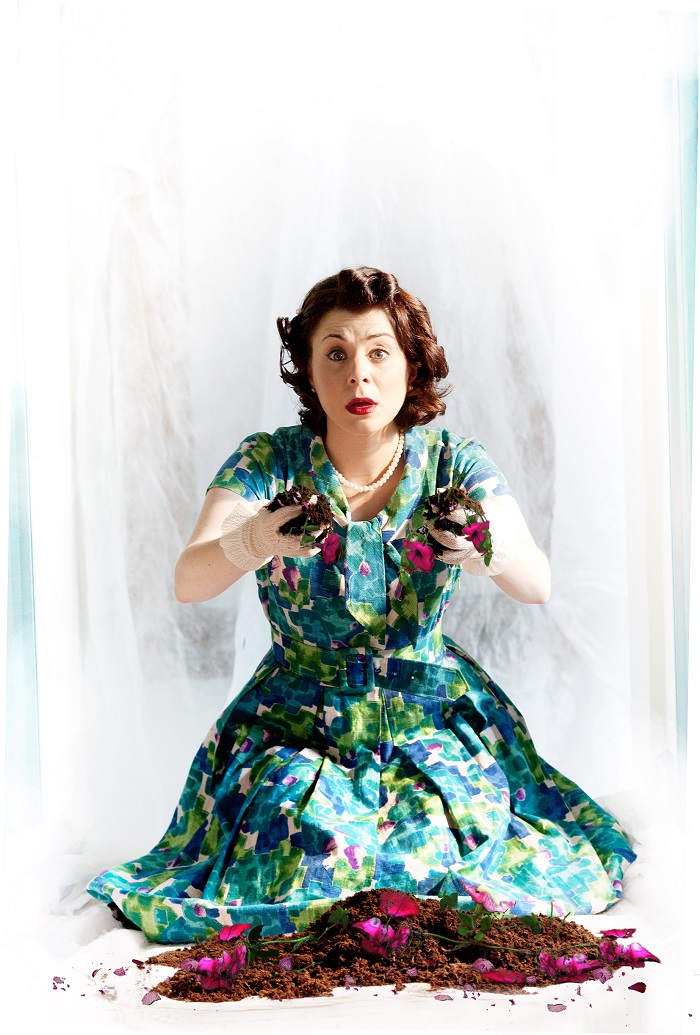 Jacksons Lane opens its doors this week to The Liberation of Colette Simple, a musical theatre project which takes as its starting point a Tennessee Williams short story of self-induced repression and liberation by flattened flora. With each lyricist taking individual songs and set to music by French composer Vincent Guibert, The Liberation of Colette Simple creates a varied tapestry of words and music.

One of the lyricists is a very familiar name on the cabaret circuit. Desmond O’Connor has become renowned for his devilishly wicked sense of humour, tackling songs on his ukulele on taboo topics few would even consider touching. We caught up with him ahead of The Liberation of Colette Simple‘s official opening tonight.

How did you get involved with The Liberation Of Colette Simple?

I’d worked with Matt Poever on Terror at Soho Theatre, so we were familiar with each other’s work and were really keen to collaborate on a future project. When Matt told me about Colette Simple, the story and the process for putting together the show were too tantalising to resist.

You’ve contributed a song to the production. What can you tell us about it?

The Liberation Of Colette Simple is a cabaret musical based on a truly bizarre early play by Tennessee Williams; The Case of the Crushed Petunias probably tells us more about Williams than all of his later work combined, and is an extraordinary tale of sensitivity and creativity flourishing in the face of brutality and oppression. Not to be confused with The Case of the Crushed Penguins, Time Out’s hilarious typo in their online preview of our show!

The songs in Colette Simple have a delicious contemporary Weimar feel, and the two brilliant stars of the show, Nathalie Carrington and Gary Tushaw, knock them out of the park with their fabulously youthful energy and superb comic timing. It’s probably one of the freshest, most original and most exciting musical theatre projects to have happened in the capital since Jerry Springer: The Opera.

You have a long history of musical theatre from your work in the Cambridge Footlights and beyond. What for you is the lure of this particular genre?

For me it’s the appeal of elevated story telling. Musical theatre allows you to push the emotional arc of a story far harder and often in a more capricious or powerful manner. The genre allows you to open a window on the soul of a character in a way that is not always possible with conventional theatre. It also invites creative word play, which has always been my passion.

We’re glad to see you back in London after a run at the Edinburgh Fringe with Vive Le Cabaret, now in its fifth year. What draws you back to the Fringe year after year?

The Fringe remains one of the most diverse and well-connected places on the planet for a cabaret creative and producer. I was only up on the Fringe for a week this year, and yet I hosted a show for the BBC, laid plans to perform around the world in 2015 and encountered a whole host of brand new cabaret talent which I’m looking forward to sharing with the people of London in the months to come.

What will you be up to around London this autumn/winter?

I’m very excited to be working on Dr Clive’s Curiosity Cabaret, a history of medicine in cabaret format. I’m also in the process of creating a “cabaret for kids” called The Naughty Corner, starring Lolo Brow and other massive names from the world of cabaret. That’s going to be very big and an awful lot of fun. Finally I’m appearing for three consecutive months with The Double R Club, encompassing the Twin Peaks festival with Zoie Kennedy sharing the romantic secrets of Dale and Diane, their fifth birthday with Twice Shy Theatre and a terrifying multimedia journey into the world of childhood nightmares in October.

The Liberation of Colette Simple opens tonight at Jacksons Lane and continues until 4 October. Ticket prices and availability can be found on the Jacksons Lane website.