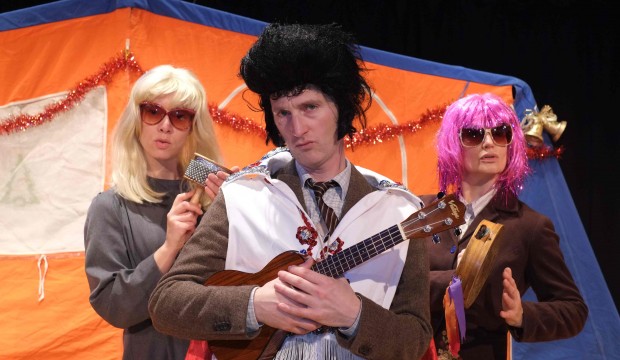 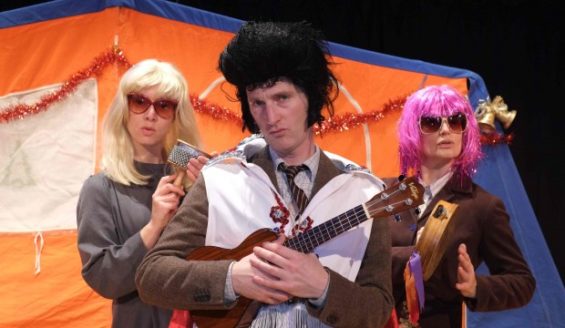 The Edinburgh Fringe is usually not short on awards or reviewers, albeit of varying quality. It has been a tough year on both fronts, though, for the acts in the cabaret category. Many have seen neither hide or hair of an informed critic; meanwhile, with Time Out pulling out of covering or promoting cabaret from last December, the only trophy dedicated to those at the Fringe has disappeared too.

No matter. In the TO&ST award’s  absence, the Uke Of Edinburgh has stepped up to provide its own prestigious accolade which this year has been won by The Ukulele Evangelists.

Host, organiser and creator of Songs for Swinging Ukuleles, Tricity Vogue oversaw the contest on Saturday night held at the Bingo hall on Nicolson Street. There, the audience heard Edinburgh’s best ukulele acts battle it out and, after a hard-fought competition, The Ukulele Evangelists were unanimously voted this year’s winner.

Vogue acclaimed the triumphant troubadours saying, “you have to see this act. Fantastic ukulele playing – and really funny”. Here are the band in action [warning: may contain blatant plug].

The Ukulele Evangelists Bang One Out, an alternative cabaret show, is now in its final week.