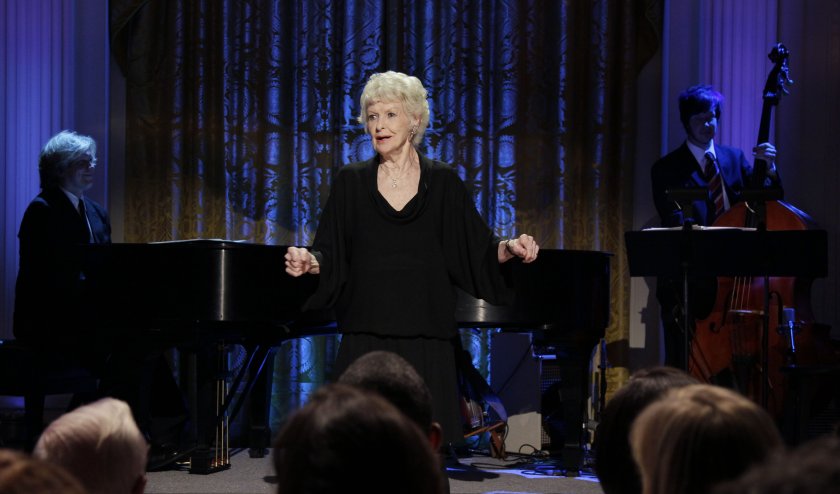 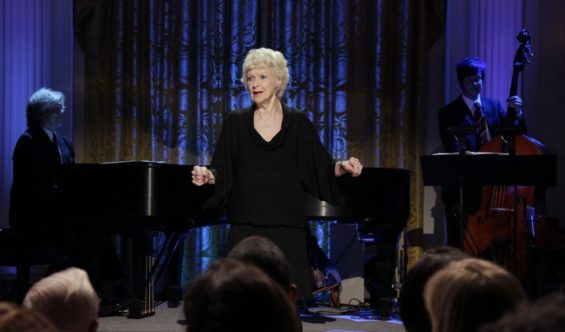 Elaine Stritch finished her long career as a cabaret performer.

Last week, one of the grand dames of American entertainment passed away. In her long career, the American singer, actress and comedian Elaine Stritch partied with everyone from Judy Garland to Noel Coward via Frank Sinatra. Sadly, Stritch died on Thursday aged 89 in Birmingham, Michigan. For fans old and new, here are some facts and quotes which epitomise this fascinating character.

1. Until just before she died, Elaine Stritch had her own cabaret show in New York.

In 2002, about sixty years after first professionally setting foot on stage, she did it again with a song-based autobiography which featured her signature numbers from Company and Pal Joey. And that’s not all. From 2005 until she left New York in 2013 (by this point in her later eighties), she performed a cabaret show at the Carlyle Hotel. Maybe its something in the water but fellow American Lynn Ruth Miller, a performer who last year won cabaret’s only dedicated award at the Edinburgh Fringe recently turned 80 and is still storming on.

2. One of her first TV roles was as a burlesque dancer and she stripped on Broadway.

1950s TV show The Honeymooners is considered one of the all-time classics. It inspired The Flintstones and starred vaudevillians Art Carney and Jackie Gleason, it was based around a pair of married couples. Playing one of the wives, Stritch was cast as a burlesque dancer called Trixie Norton. Gleason fired her, saying that she was too much like him; her role was rewritten and recast after just one episode with the more wholesome looking Joyce Randolph turning in a career-high performance playing the character as an ordinary housewife.

The Honeymooners‘ loss was Broadway’s gain. Her legendary portrayal of gossip columnist Melba Snyder in the revival of Pal Joey brought her critical raves, with her striptease send-up earning her a reputation as an audacious personality.

Long of leg and loud of voice, she was once described as “like a corncrake wading through Bourbon — on the rocks”. She never considered herself a beauty (“I’m not good looking enough. Absolutely true. You have to be very, very good looking to get ahead in motion pictures.”) but, similarly, she never doubted her ability to nail a scene: “I don’t know what the hell I’m doing up there half the time. These performers that go on about their technique and craft – oh, puleeze! How boring! I don’t know what technique means. But I do know what experience is. I know in my gut when I’ve done a scene right.”

4. Noel Coward was one of her close friends.

Known as “The Master”, playwright Noel Coward rescued Stritch’s career in the late Fifties. At the time, she was appearing in flop musical Goldilocks. He recruited her as the lead in Sail Away and the two bonded in a major way. He found “Stritchie” as he called her an intriguing character. “Poor darling Stritch with all her talents is almost completely confused about everything,” he wrote in his diary. “She is an ardent Catholic and never stops saying f*** and Jesus Christ. She is also kind, touching and loyal and, fortunately, devoted to me.”

Coward would have appreciated her post-mortem display of “confusion”: at the memorial service held for him, Stritch mistook famous violinist Yehudi Menuhin for a busker friend of Coward’s.

5. She went from being a convent girl to out-partying Judy Garland.

When she first moved to New York, she lived in a convent and studied acting at the New School in Manhattan where she was a contemporary of Walter Matthau, Tony Curtis and Marlon Brando (more on which later). Despite – or maybe because of – her closeted education, Stritch was born to party. As a teenager, she accompanied her black maid to blues clubs and tried her first whiskey sour aged 13. Booze was an early vice and she struggled with an addiction to the sauce for much of her life: “I will say this up front. I love to drink. I love booze so much that it scares the hell out of me.” After one marathon session with Judy Garland, the Wizard Of Oz star made an 8am exit with the words “Elaine, I never thought I’d say this, but goodnight!”

Stritch once said “I kissed like a crazy woman, but I was a virgin until I was 30. Somebody’d touch my breast, and I’d think I was pregnant.” Before she got hitched in her late forties,she found time to date an enviable string of famous men. Fellow acting school student Marlon Brando was one as was Rock Hudson. Of the latter relationship, she said “I walked into that innocently, and I walked out doubly innocently.” JFK and Frank Sinatra were two other notches on her girdle.

7. She lived in London’s Savoy Hotel for a decade.

Stritch’s brilliant Tony-nominated turn in Stephen Sondheim’s Company eventually led to the production moving to London’s West End in 1971. Stritch relocated to the capital and, after the show finished, she stuck around and worked on stage, on TV and on the silver screen. After working on a couple of plays, she landed a headlining gig on two different sitcoms for London Weekend Television. In Two’s Company, Stritch played an expatriate mystery writer who engages in verbal battles with her English butler (Donald Sinden) while Nobody’s Perfect saw her in a British version of the hit American sitcom Maude with Stritch in the lead role as the aging, acerbic lead. On the big screen, she more than held her own in a dual role opposite British acting icons John Gielgud and Dirk Bogarde in Alain Resnais’ Providence.

While in England, she stayed at the Savoy Hotel and wasn’t afraid to explore the capital: “I love asking the way in London. A man actually left his shop to show me where to go. I thought ‘I’m not that attractive and I don’t look like a hooker, so what’s in it for him?’ I finally realised he was simply good-mannered.”

8. She was the queen of quips right to the end.

When the Grim Reaper finally came for Stritch, we’d be surprised if the poor blighter managed to get a word in edgeways. She could banter with the best of them and left behind many a bon mot. Here are some of her final musings.

“I never say ‘getting old,’ because there’s a finality to that. I’m just getting older and so are you, every day. So I’m still one of the mob.”

“This is a time in my life where I’m gonna behave like an elegant human being. Or not.”

“I don’t think I’m gonna die tomorrow or even two weeks from now, or even ever. I just don’t know — who the hell knows what’s gonna happen to them? Nobody! Isn’t that comforting? Nobody has a clue. I like that we don’t know. And I like that it’s somebody else’s decision, not mine.”