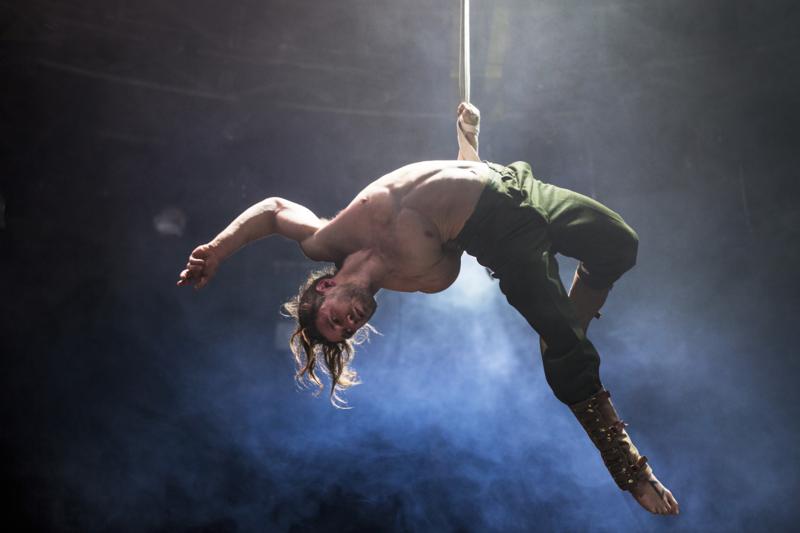 Visitors to this year’s Edinburgh Fringe Festival have a smorgasbord of international circus talent to choose from. To provide some insight into the offerings, we called upon circus journalist Katherine Kavanagh. 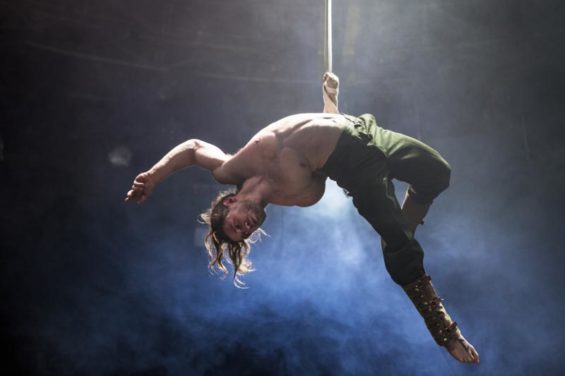 Bianco by No Fit Circus continues at their dedicated Big Top until 26 August..

With Edinburgh Fringe Festival gearing up for its final week, there is plenty to see around town. Troupes from three continents have travelled to the Scottish capital and the sheer variety is breathtaking. Now seems an appropriate time to run through your options if you haven’t yet sampled the range of flavours available.

Some of it is even now just arriving. Swedish production Awake a welcome addition to the C-Venues stable, and follows a trend of narrative thread circus theatre that runs through other C-Venues shows like Japanese company Cheeky*Park’s cynical appraisal of a life devoted to work Company Man and the UK’s Strung Up Theatre’s aerial take on a literary classic, Chaucer Strung Up: The Franklin’s Tale. There’s more literary action over at theSpace where homegrown Scottish company Voice Box ]draw from the classics with Grendel in their acrobatic infused production based on the fearsome Beowulf monster.

Circus arts in a variety format are on offer at C-Venues as well, with Now Leasing from USA’s solo performer Lea McGovern. For circus cabaret on a grander scale, check out the classy La Clique, comic Slightly Fat Features, or Australian boylesque troupe Briefs: The Second Coming.

The rich circus scene in Australia is reflected in the sheer number and quality of companies from there at this year’s Fringe. Keep an eye out for the absurdist Fight or Flight from award winning new ensemble 3 is a Crowd, critically acclaimed A Simple Space from Gravity and Other Myths, and the virtuosic Knee Deep from Casus, winner of the Best International Act at this year’s Brighton Fringe.

Not forgetting, of course, international giants Circa, with their packed out performances of sexy, stunning Wunderkammer at the Underbelly.

Britain’s own big-time big-toppers, NoFit State Circus, are also in town with not one, but two, of their contemporary circus creations.  In their trademark silver tent is the powerful promenade experience of Bianco, and at the New Town Theatre we share their first venture into traditional theatre spaces with the colourful and crazy Noodles.

Another world class British production comes from Gandini Juggling, who, alongside NoFit States’ Bianco, forms part of this year’s British Council Showcase with Smashed.  Rather than combining numerous disciplines as classic circus does, this company has made a name for itself through dedication to the art of juggling alone and its theatrical potential as a unique discipline. 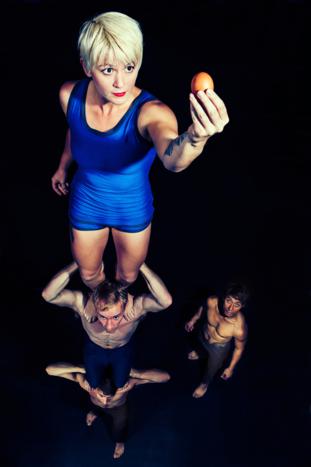 Casus will be performing Knee Deep at Assembly George Square until 26 August.

Another production that sits on-trend with innovative development of a particular circus skill is Leo, returning to the Fringe for the third time with mind-boggling “anti-gravity” acrobatic skill.

Production company Crying Out Loud bring a selection of circus artists to the Fringe, some of whose skills have developed into something completely fresh – such as Jeanne Mordoj’s fascinating exploration of the female body in La Poème, and Phia Ménard’s Company Non Nova, with their beautiful elemental manipulation in l’Après-midi d’un Foehn.  Meanwhile, fresh UK company Pirates of the Carabina test classical circus expectations in Flown, whilst retaining a strong connection to their traditional roots.

An honourable mention also goes to Lost Dog Dance, who bring their circus-inspired double-bill It Needs Horses & Home for Broken Turns, where circus acts become the theme rather than the form.

And finally, completely unconnected to the Fringe, but playing in Edinburgh until 25  August, are classic big top Circus Vegas at the Meadowbank playing fields. If the 60 minute slots (give or take 10) of the Fringe programme only whet your appetite, you’ll be able to catch a full 2 act show with interval here!