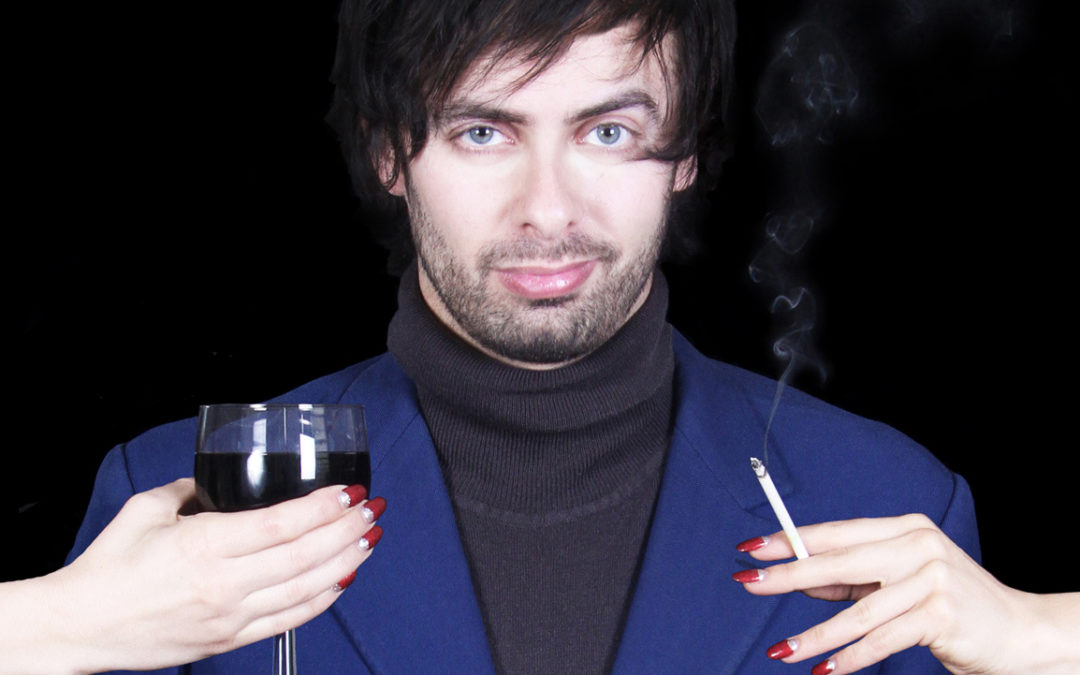 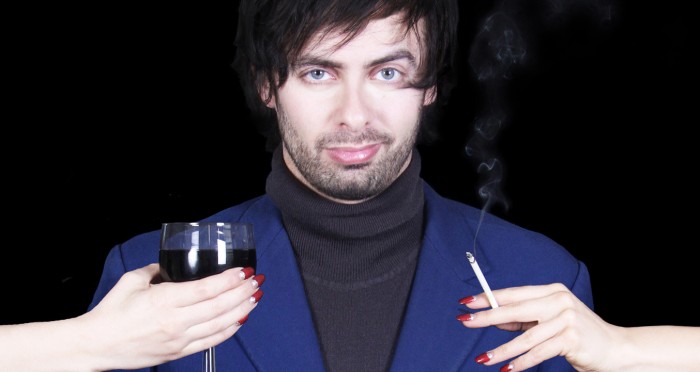 I think my affaire with Marcel Lucont may be over. This was our third date – a thrilling quickie at Alternative Eurovision was followed by a longer more impassioned evening together soon after, but one year on during which time he didn’t phone, he didn’t write, this time feels like that exhausted distribution of a few delightful pearls among a lot of watery patchiness when you’ve just squeezed too much from your instrument.

To be fair to M. Lucont, both he and I may have been having an off day. It happens. Mine was occasioned by some stress-inducing delays on public transport and a ticket window that not only could not find my reservation but once it had found it couldn’t print a ticket, so I rushed drinkless into the sneering Gallic presence. This, as Lucont would agree, is a big mistake. His stage routine is accompanied by a realistic-looking bottle of Bordeaux, and wise audience members would arrive similarly equipped.

He was having a rhume. Not for improvement, although it’s a stance you could take, but a head cold. And, yes, he did get some nice mileage about the superfluous adjective in that phrase asking “How is your dick syphilis?”

The formula isn’t changed – some sardonic and demeaning criticism of the English way of life, surprisingly not fed by fresh vitriol on the Euro elections, you would have thought he’d have done ten minutes on Farage alone – some readings from his faux diary, and some surprisingly clever poetry.

The show Marcel Lucont IS is trailed as a completely new one for UK audiences but it’s the substance he’s also been touring in Australia and New Zealand where reactions were mixed. Obviously he shifted his gunsights to Australian lack of cultural sophistication and sartorial awareness, and whilst some venues lapped it up, Rebecca Harkins-Cross in the Sydney Morning Herald called his stereotyping “hackneyed”, “sexist” and a “repugnant sensibility”. In a country which proudly exports Barry Humphries’ grotesque Les Patterson, that’s strong stuff, Sheila.

Before we get carried away UKIP-stylee about French comedians coming over here and taking our jobs, it’s worth mentioning that Lucont isn’t French. He’s a British comedian named Alexis Dubus and he has other alter egos apart from Marcel Lucont. Maybe taking a leaf from Humphries’ book there’s an option to showcase more than one of them in the same evening.

His broad swipes at foreigners’ values are often amusing but decrying New Zealand’s ubiquitous bungee jumping as a stupid way of getting “from A to A with less money and more shit in your clothes”, or describing Ireland’s most famous beverage as “something that seems to have died and turned to liquid” are amusing observations, not cutting edge alternative comedy.