Circus Treats: What’s On in September 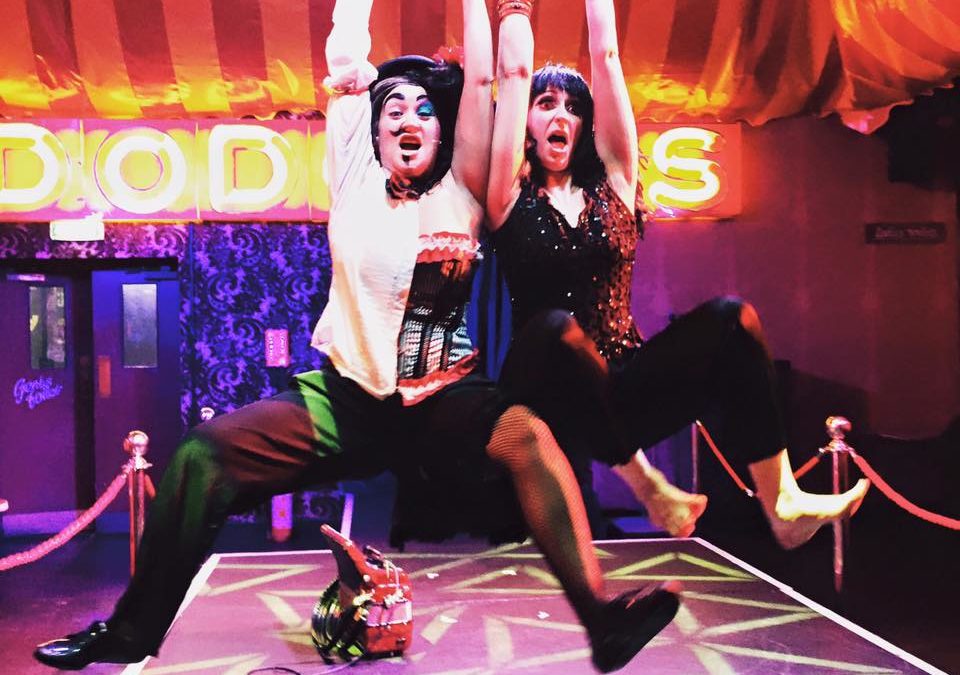 Colder weather is coming, but festival season isn’t over yet, with the Wonderground continuing until 27th with a variety of cabaret nights and the brazen Briefs boys. September is also the month for the free annual Out There Festival of street and circus acts in Great Yarmouth, which runs for three days from 18-20th. The line up of entertainment features acts including Dizzy O’Dare‘s new three-woman two-tightwire show Body Of Wires, Fullstop Acrobatic Theatre‘s aerial exploration of masculine and feminine identity Outside The Box, and Lost In Translation Circus with Voyage Fantastique. Among many many other offerings.

Back in London, more open air activity can be seen from Scarabeus, who are presenting their take on the Angela Carter story of The Tiger’s Bride in the aerial spectacle BE-LOVED in Bracknell (12th) and Hounslow (26th).

Pitching up in town this month under canvas will be Circus Fantasia, in Finchley from 3-13th, Santus Circus, in Putney (9-13th) and Raynes Park (17-27th), and Zippos Circus, hitting several stands. They’ll be in Twickenham 3-8th, Peckham 10-15th, Wembley 17-22nd, and Hampstead Heath 24-4th Oct. The Circus Friends Association is organising a rally to see both the Zippos show and the graduating show of their travelling Academy of Circus Arts on 13th, as well as a further rally to Mr Fips’ Wonder Circus in Kings Lynn on 19th.

For a full roof over your head, check out the Jackson’s Lane Transmissions programme, where exciting new companies show the results of supported residencies on the 4th, 10th and 21st (and 1st Oct). Or, if you’re more at home sat in the bar, the Aeronaut in Acton start their weekly circus cabarets up again this month too.

Finally, if you fancy mixing your circus with a dash of film instead, Destination Planet Earth debuts at My Aerial Home on 12th.

Do share any other titbits we may have missed in the comments below, and see you at the circus!