Circus Treats: What’s On in March 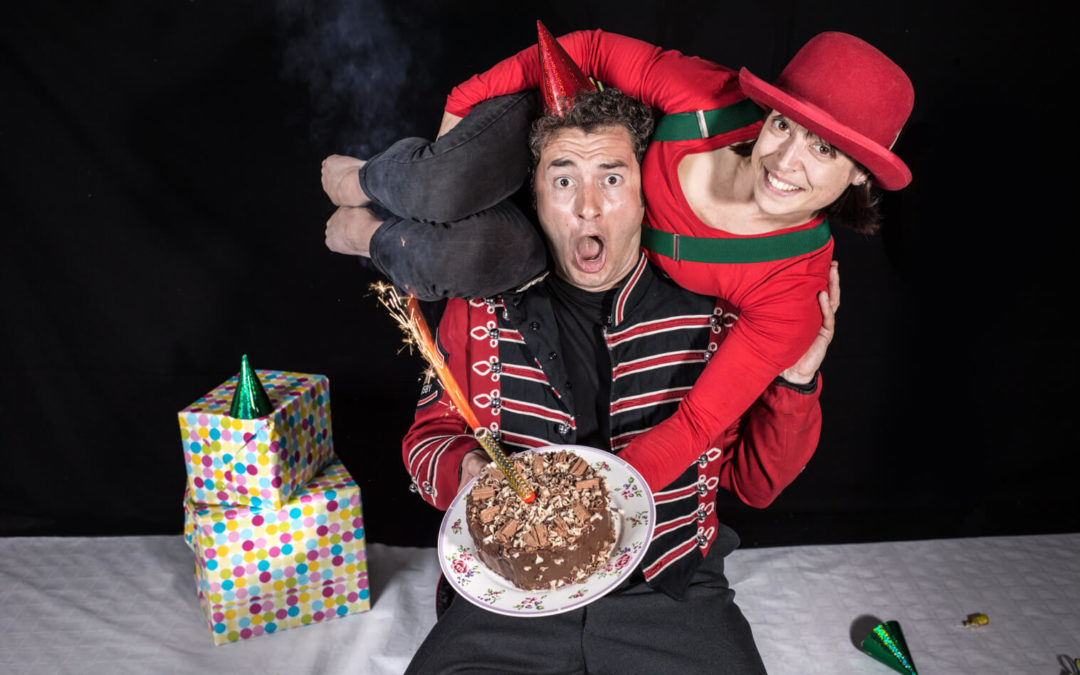 The visiting Canadian giants of cirque nouveau may be leaving for another year, with the final show of Amaluna from Cirque Du Soleil on 6th, but the circus party is just beginning. Quite literally in fact, when Nearly There Yet’s family bonanza, The Party, returns to Jackson’s Lane on 5th, the venue where it was first developed two years ago. The show’s small tour will also be visiting other circus-friendly venues, Stratford Circus and the Albany.

Jackson’s Lane also offer us a work-in-progress showing of Inverted‘s new promenade show, Dust (3rd), and two days of These Books Are Made For Walking, by Bikes & Rabbits (22-23rd). Both appeal to the bibliophile in me, as Dust is based on the glorious Erin Morgenstern novel, The Night Circus, and These Books Are Made For Walking takes place in a set almost entirely constructed of books, using the volumes as circus props amid the equilibristics and object manipulation of Alice Allart and Fabrice Domininci.

The Highgate venue are hosting a visit from Circomedia’s first graduating students of their Circus Degree course too, with final showcase That Was Fun on 4th. Way out west in Bristol, Circomedia also have a great programme of shows which, this month, includes the VOLT scratch night on 3rd, and latest solo show from the charmingly cynical juggler Jon Udry – Jon Udry Punches Gravity in the Face – on 11th.

Traveling clockwise around the British coast, the new Pontio Arts Centre in Bangor opens their purpose built, circus-ready, building with a brand new collaboration with NoFit State. The community event, There is A Place, runs on 12-13th. In Blackpool, the Tower Circus launch their Silver Jubilee show on 25th, which is also the start date for Great Yarmouth Hippodrome’s new Pirate themed show.

Back in London, you can catch the latest cross-cultural collaboration from Gandini Juggling who, after their success with the world of classical ballet last year, are now working with English National Opera in Akhnaten at the London Coliseum from 4-18th.

The tenting tours are out in force throughout March, adding to last month’s early starters with shows from Circus Fantasia, Circus Mondao, Circus Wonderland, John Lawson’s Circus, Mr Fips Wonder Circus, Russels International Circus, Santus Circus and Uncle Sam’s American Circus. Dates and venues are often kept under wraps until the week of the show, but we do know that Chaplin’s Circus will be appearing in Richmond Park from 30th until April.

If you spot anything else round your way, give us a holler in the comments, and enjoy the festivities!